The video won gold at the Webby’s inaugural Anthem Awards and was among winners Jane Goodall, Naomi Osaka, and more. 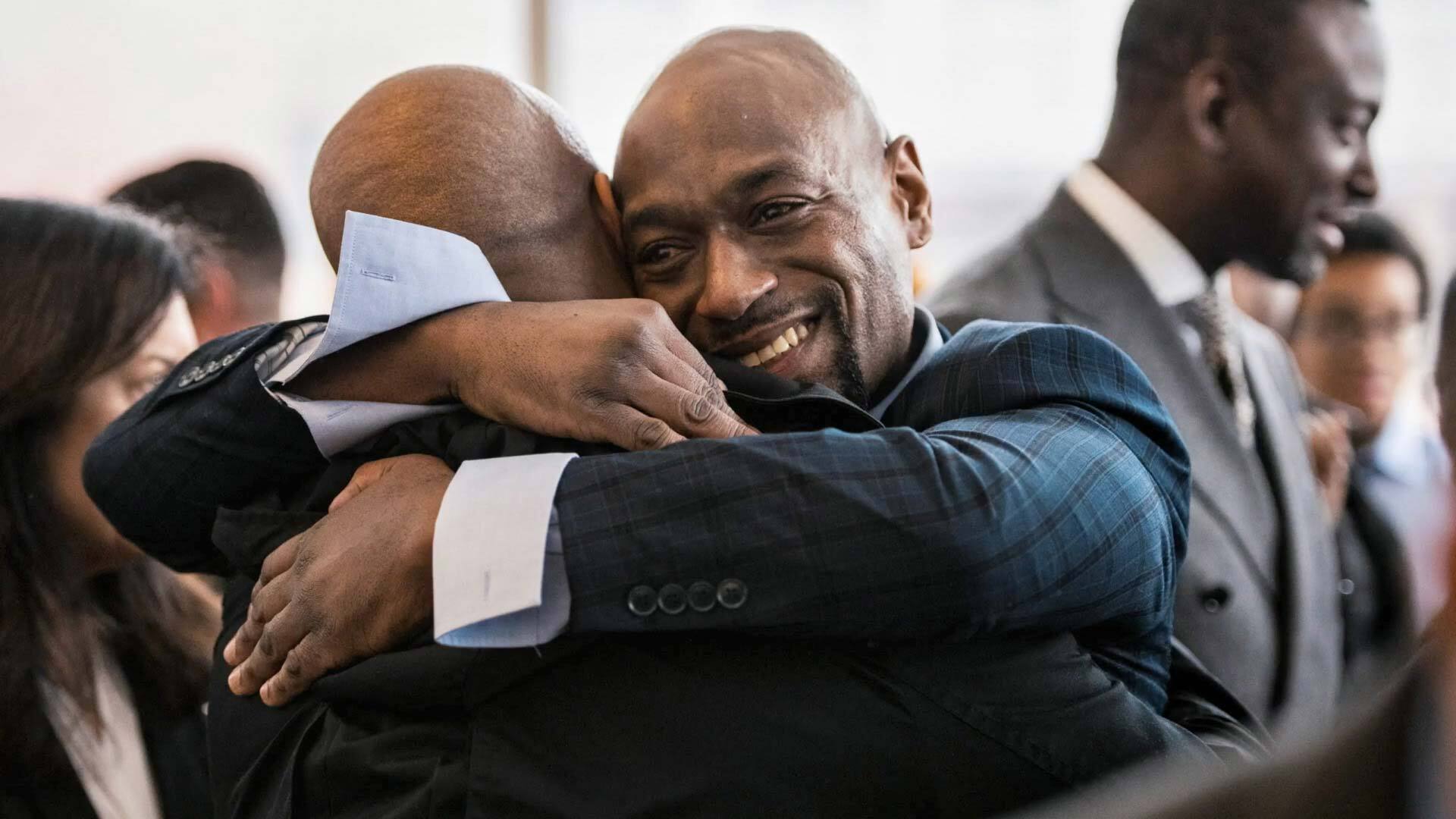 (New York, NY — March 1, 2022) The Innocence Project was honored yesterday with two gold medal awards for its “Happiest Moments” video, winning the Best Humanitarian & Services campaign in both the brand and non-profit categories of the Inaugural Anthem Awards, produced by the renowned Webbys Awards. These awards, selected by the International Academy of Digital Arts and Sciences, are considered the most prestigious in the digital world. Innocence Project Digital Engagement Director Alicia Maule, who led the campaign, used the five-word acceptance speech to spotlight Melissa Lucio facing execution in Texas on April 27, 2022, for a crime that never occured.

“Happiest Moments,” produced in both English and Spanish and narrated by actress Dascha Polanco, tells the remarkable stories of three wrongly convicted people — Rosa Jimenez, freed in 2021 after 17 years in prison; Termaine Hicks, exonerated in 2020 after 16 years in prison; and Huwe Burton, exonerated in 2019 after 20 years in prison. They are three of the 237 people exonerated and freed with the help of the Innocence Project. The video highlights the intergenerational and familial impact of wrongful incarceration, and the irreplaceable memories that were stolen from them while incarcerated. It also celebrates the joy they felt when reunited with their loved ones.

“The Innocence Project is proud to accept these awards,” said Ms. Maule. “This has been a tremendous team effort with our clients, the guidance of Hayden5, and the impactful approach of director Ariel Ellis. Dascha Polanco was the perfect narrator to connect English and Spanish speakers to our organization. Our goal is to grow the innocence movement to new heights and ‘Happiest Moments’ helped us reach millions of people.”

Hayden5, who lead the production efforts, has an impressive portfolio that includes Long Shot (Netflix), a documentary about a wrongfully accused man, and Revolving Doors (Tribeca) about recidivism, making them an ideal partner. The team handled creative development, production, and post-production using a variety of mixed media and original music to tell the “Happiest Moments” story.

“It is our distinct honor to recognize the work that brands, organizations, and individuals are all making to create an impact in their community,” said Jessica Lauretti, managing director, the Anthem Awards. “We launched this platform to show the world that all corners of our culture, from sports and entertainment to business leaders and celebrities, are all standing up to say, it is time for systemic change and that social good is what we value as a society.”

Winners for the inaugural Anthem Awards were celebrated at the first annual Anthem Voices conference which was followed by a star-studded virtual Awards Show on Monday, Feb. 28, 2022. Fans heard from social impact leaders, including Innocence Project Executive Director Christina Swarns, and were able to view special moments and hallmark speeches from all of the winners here.

The Anthem Awards were launched in response to the prevalence social good has taken within the national conversation and cultural zeitgeist in recent years. The inaugural competition received nearly 2,500 entries from 36 countries worldwide. By amplifying the voices that spark global change, the Anthem Awards are defining a new benchmark for impactful work that inspires others to take action in their communities. A portion of program revenue will fund a new grant program supporting emerging individuals and organizations working to advance the causes recognized in the inaugural Anthem Awards.