‘The Best News I’ve Heard in All My Life’: Termaine Hicks Is Exonerated After 19 Years of Wrongful Incarceration

Police shot Mr. Hicks as he was helping a victim. After they covered it up, he was wrongly convicted of attacking her. 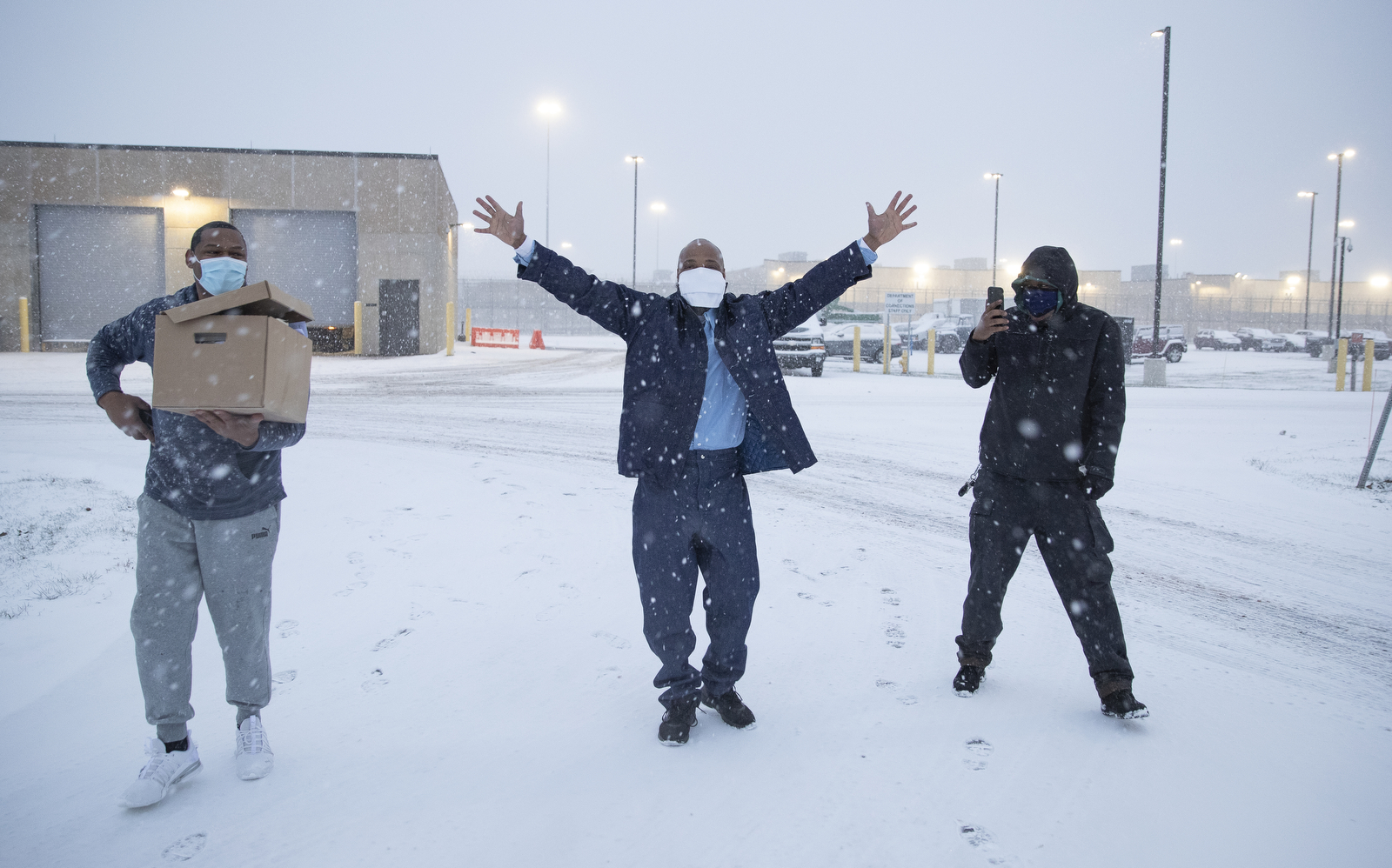 On Wednesday, Termaine Hicks received the “the best I’ve heard in all my life.” After 19 years in prison for a crime he didn’t commit, Mr. Hicks was going home.

“The other guys on the [cell] block were shouting. They were happy for me, banging on doors,” he said.

Pennsylvania is one of 15 states that does not compensate exonerees

Support Termaine as he rebuilds his life — contribute to his fundraiser

Support Termaine as he rebuilds his life — contribute to his fundraiser

Mr. Hicks, an Innocence Project client, was wrongly convicted of a rape that took place in Philadelphia in 2001. Then a 26-year-old father of one, Mr. Hicks had been walking home when he heard a woman screaming. She was badly beaten, so he reached for his cell phone to call 911. At that moment, police, responding to the calls of several neighbors, arrived on the scene.

They shot him three times in the back. Only after did they realize their mistake — Mr. Hicks was not the right person. The man they had just shot did not match the description of the attacker provided by a witness, who saw the assailant dragging the victim into an alley. And he was unarmed.

“It’s a joyful day for me and my family,” Mr. Hicks said after being released. “At the same time, my thoughts and prayers are with the countless others who are not coming home today — or ever because of an impulsive, ill-prepared, and apprehensive cop. The way that cops approach Black and brown men and women … stems from years of systemic racism. We need a whole new system.”

After realizing they’d shot an unarmed man who did not match the description of the attacker, the officers conspired to cover it up. According to the National Registry of Exonerations, police misconduct, like this, has played a role in 35% of wrongful convictions resulting in exonerations since 1989.

The officers falsely testified at trial that Mr. Hicks had lunged at them while armed with a gun that he pulled from his pocket. However, the recent assessments by both the chief medical examiner for the City of Philadelphia and an independent medical examiner concluded that Mr. Hicks was shot from behind — meaning he wasn’t coming toward the officers when he was shot. And the gun the officers alleged to have found in his pocket was actually the off-duty weapon of another Philadelphia police officer.

“We need a whole new system.”

Based on these lies, Mr. Hicks was convicted of rape, aggravated assault, possessing an instrument of crime, and terroristic threats in 2002 and sentenced to up to 25 years in prison.

“Mr. Hicks’ case is yet another example of systemic police abuse that is pervasive in the criminal legal system and persists because of institutional protections and a lack of accountability,” said Vanessa Potkin, director of post-conviction litigation at the Innocence Project, who represented Mr. Hicks.

“The officers involved in this case had extensive internal affairs files with numerous allegations of lying, planting evidence, excessive force, and substantiated complaints filed by civilians. Had these records been publicly available, Mr. Hicks may not have had to endure so many years of injustice or been wrongly convicted at all,” she said. Police disciplinary records are currently kept confidential in nearly half of states, including Pennsylvania.

Finally home, Mr. Hicks said he’s most proud of himself for staying strong and remaining determined to prove his innocence. At one point, Mr. Hicks was considered for parole, but was ultimately denied because he refused to admit guilt, and continued to maintain his innocence.

“There were moments, but I did not give up,” he said. “One of the bullets barely missed my spine, but you’re talking to a guy who ran a couple of marathons while he was incarcerated.”

During his wrongful imprisonment, Mr. Hicks said he focused on his mental and spiritual health and used creative writing as an emotional outlet. He wrote 12 plays and musicals while in prison and, now that he’s free, he hopes to eventually produce and direct plays.

Until then, he just wants to spend time with his family as a free person.