Termaine Hicks, Shot in the Back by Philadelphia Police, Is Exonerated After 19-Year Cover Up 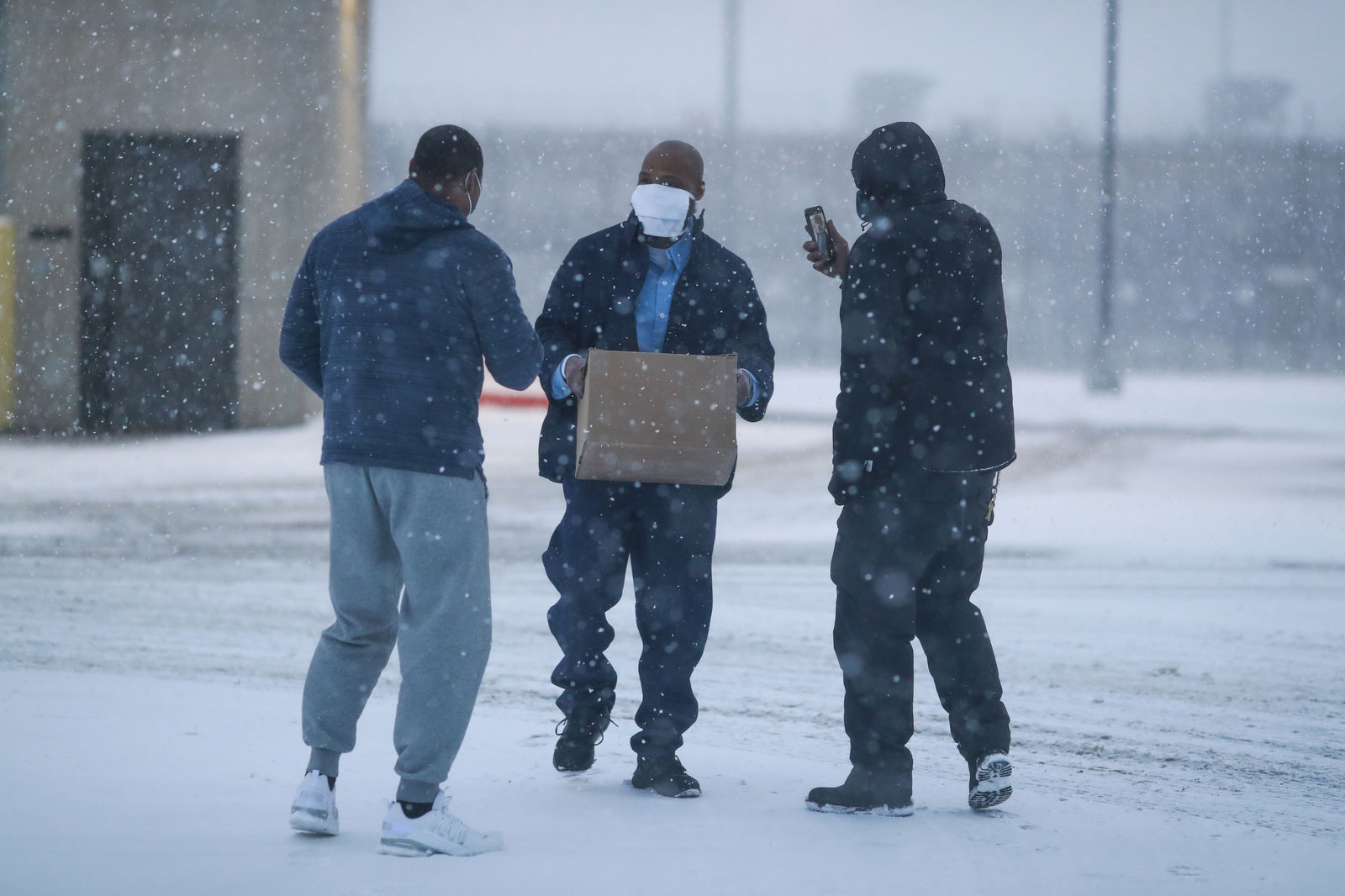 Termaine Hicks was released from SCI Phoenix Prison Tuesday, Dec.16, 2020 in Collegeville, Penn. after a wrongful incarceration for 19 years. His brother and friend greeted him upon release. Photo: Jason E. Miczek/AP Images for The Innocence Project.

(Philadelphia, PA— December 17, 2020) Termaine Hicks walked out of Pennsylvania prison SCI Phoenix  yesterday. He was exonerated after the Philadelphia District Attorney’s Office conceded that lead police officers lied under oath to cover up shooting Mr. Hicks—who was innocent of any crime—in the back three times.

In the early morning hours of November 27, 2001, Mr. Hicks heard the screams of a woman being raped in an alley in South Philadelphia and went to her aid. Police arriving at the scene completely misread the situation, erroneously assuming Mr. Hicks was the assailant, and shot him three times in the back. Realizing Mr. Hicks did not match the description of the attacker provided by a neighbor to 911 and that he was unarmed, the officers embarked on a cover-up, which included:

PA is one of 15 states that does not compensate exonerees, consider chipping in to Termaine's fundraiser.

PA is one of 15 states that does not compensate exonerees, consider chipping in to Termaine's fundraiser.

Based on the officers’ testimony, Mr. Hicks was convicted of rape, aggravated assault, possessing an instrument of crime, and terroristic threats. He was sentenced to 12 and ½ to 25 years in prison. In 2015, Mr. Hicks came up for parole, but because he continued to assert his innocence he was denied, and not considered again. He served 19 years in prison.

“Mr. Hicks’ case is yet another example of the pervasive problem of police perjury in the criminal legal system. The cover up of shooting an innocent man required the false testimony of three officers and the acquiescence of a dozen more. Deep-seated police misconduct and institutional protections are too often the source of wrongful convictions and injustice in the system. For far too long the police have willfully lied with impunity; we need accountability,” said Vanessa Potkin, director of post-conviction litigation at the Innocence Project, who represented Mr. Hicks.

The Innocence Project, which is affiliated with the Benjamin N. Cardozo School of Law, took on Mr. Hicks’ case in 2011. Exculpatory post-conviction evidence was shared with the Philadelphia Conviction Integrity Unit (CIU), which, under District Attorney Larry Krasner and Patricia Cummings, moved to vacate Mr. Hicks’ conviction yesterday based on the officers’ false trial testimony.