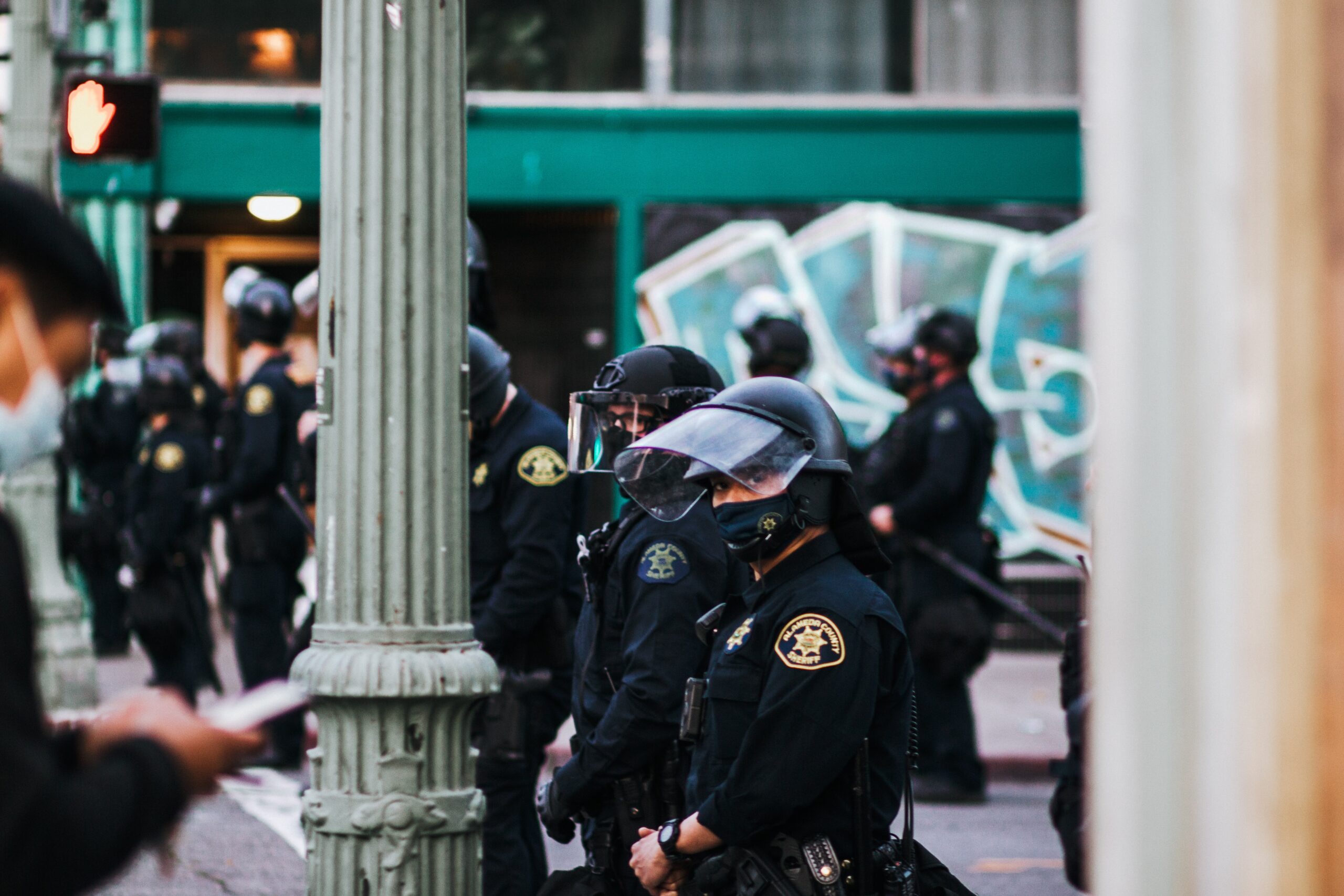 Police officers committed misconduct in nearly 37% of exoneration cases since 1989, according to a recent report by the National Registry of Exonerations. When such abuse and misconduct goes unchecked, it not only leads to wrongful convictions, but also contributes to the needless loss of lives in the U.S., as we’ve seen in the case of George Floyd.

Why we need transparency and accountability

Police disciplinary records are currently confidential in 21 states. Keeping these records hidden from the public contributes to wrongful convictions in two major ways. First, the secrecy around these records makes it difficult for there to be public or external oversight of how complaints and allegations against officers are handled. Without this transparency, law enforcement’s internal affairs departments can avoid disciplining officers for illegal and unethical behavior, which means these harmful behaviors will not be corrected. And, because officers are not being held accountable for past wrongdoing, they may continue to engage in misconduct in the future.

Second, lack of transparency around officer misconduct and complaint records also prevents fair and accurate outcomes for people facing life-altering criminal charges. If the case against a defendant has been built by an officer who has a history of lying, coercing witnesses, and fabricating evidence, that would likely affect a judge or jury’s judgments about the defendant’s innocence or guilt. However, prosecutors, defense attorneys, judges, and juries are usually kept in the dark about misconduct histories. As a result, they may believe the word of an officer with a history of lying or fabricating evidence, which could lead to a wrongful conviction.

The Innocence Project is working to pass state laws to address police misconduct through greater transparency and accountability and is advocating for legislation that would provide access to police misconduct records in several states.

Alfred Chestnut, Ransom Watkins, and Andrew Stewart were teenagers when they were framed for murder by Baltimore detectives who coerced witnesses and hid evidence. The three young men were split up and interrogated without their parents. It was during one of these interrogations that an officer told Mr. Watkins, “You have two things against you — you’re Black and I have a badge.” All three were convicted and it was only last year — after 36 years of wrongful conviction — that they were exonerated after a public records request uncovered police reports with witness statements implicating a different person as the shooter. 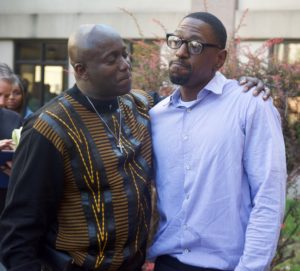 Lamonte McIntyre (right) and a family member after Mr. McIntyre was exonerated in Missouri. (Image: Courtesy of Midwest Innocence Project)

Lamonte McIntyre spent 23 years in prison in Kansas because of officer misconduct. Mr. McIntyre was wrongfully convicted in a case involving former Kansas City detective Roger Golubski, who dozens of people have said terrorized communities in the north end of Kansas City for decades. As a member of law enforcement, Mr. Golubski would plant drugs on suspects and then use the “discovery” of these planted drugs to coerce residents into having sex, according to over 100 interviews conducted by lawyers from Centurion Ministries, who took on Mr. McIntyre’s case along with the Midwest Innocence Project.

Eric Kelley and Ralph Lee were wrongly convicted of a 1993 murder in Paterson, New Jersey, largely due to the involvement of detective Richard Reyes. Mr. Reyes was a central figure in the police interrogations during which Mr. Kelley and Mr. Lee were beaten and threatened until they allegedly confessed. However, there were no recordings or notes of what happened in those interrogations — only a statement typed by Mr. Reyes. Mr.Reyes also used suggestive tactics to get one eyewitness to misidentify Mr. Lee, and failed to disclose that another eyewitness said the assailant was not Mr. Kelley or Mr. Lee, who the eyewitness knew. In 2018, after the two men had spent 24 years in prison, DNA testing proved their innocence and revealed the identity of another individual who may have committed the crime.

While Mr. Reyes was a rookie at the time of Mr. Kelley and Mr. Lee’s convictions, his problematic behavior continued for decades after. Mr. Reyes rose through the ranks of the Paterson police department and eventually came to lead its internal affairs department. In 2015, a Black police lieutenant filed a lawsuit claiming that Mr. Reyes suspended him in retaliation for complaining that the internal affairs department had failed to address racial incidents within the police department. Yet even after these incidents, Mr. Reyes was not held accountable and instead was promoted to lead a major crimes unit, where he worked until his retirement.

The City of Paterson settled the retaliation lawsuit, and Mr. Kelley and Mr. Lee have both sued the police department and filed for state compensation, meaning that the price of his misconduct will ultimately be paid by taxpayers.

DeMarlo Berry was a teenager when he was wrongly convicted of murder in Las Vegas. He was exonerated in 2017 after spending 23 years in prison. Detectives used suggestive eyewitness identification procedures, which encouraged eyewitnesses to misidentify Mr. Berry as the perpetrator, and failed to disclose exculpatory evidence to his defense attorney. Additionally, the jailhouse informant who testified that he heard Mr. Berry confess to the crime denied receiving any benefits for his cooperation during the trial, but recanted decades later. The informant said that the police and district attorney fed him details of the crime and promised him leniency on his pending charges for testifying against Mr. Berry. 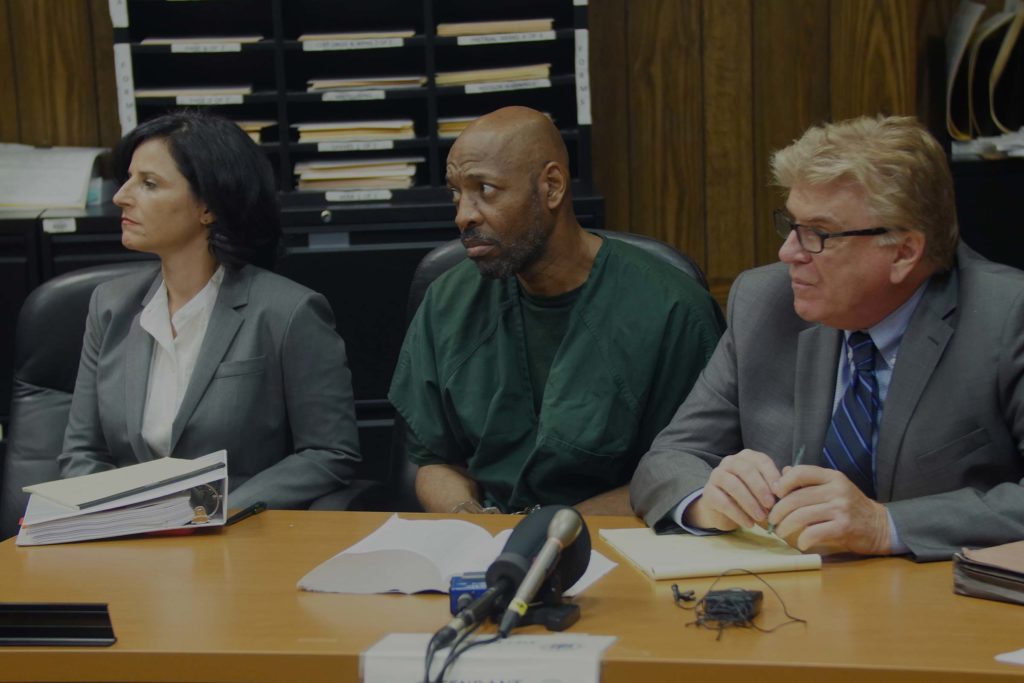 Erik Kelley at a Sept. 15, 2017 hearing when a New Jersey judge vacated his murder and robbery convictions. (Image: Zoe Potkin)

Where is change happening?

This year, the Innocence Project was part of the successful effort in New York to repeal 50-a, a law that shielded officer disciplinary files. Right now, we are working on similar measures in Maryland, Michigan, New Jersey, and Oregon. See how you can help in your state.

Want to learn more? Check out these resources: