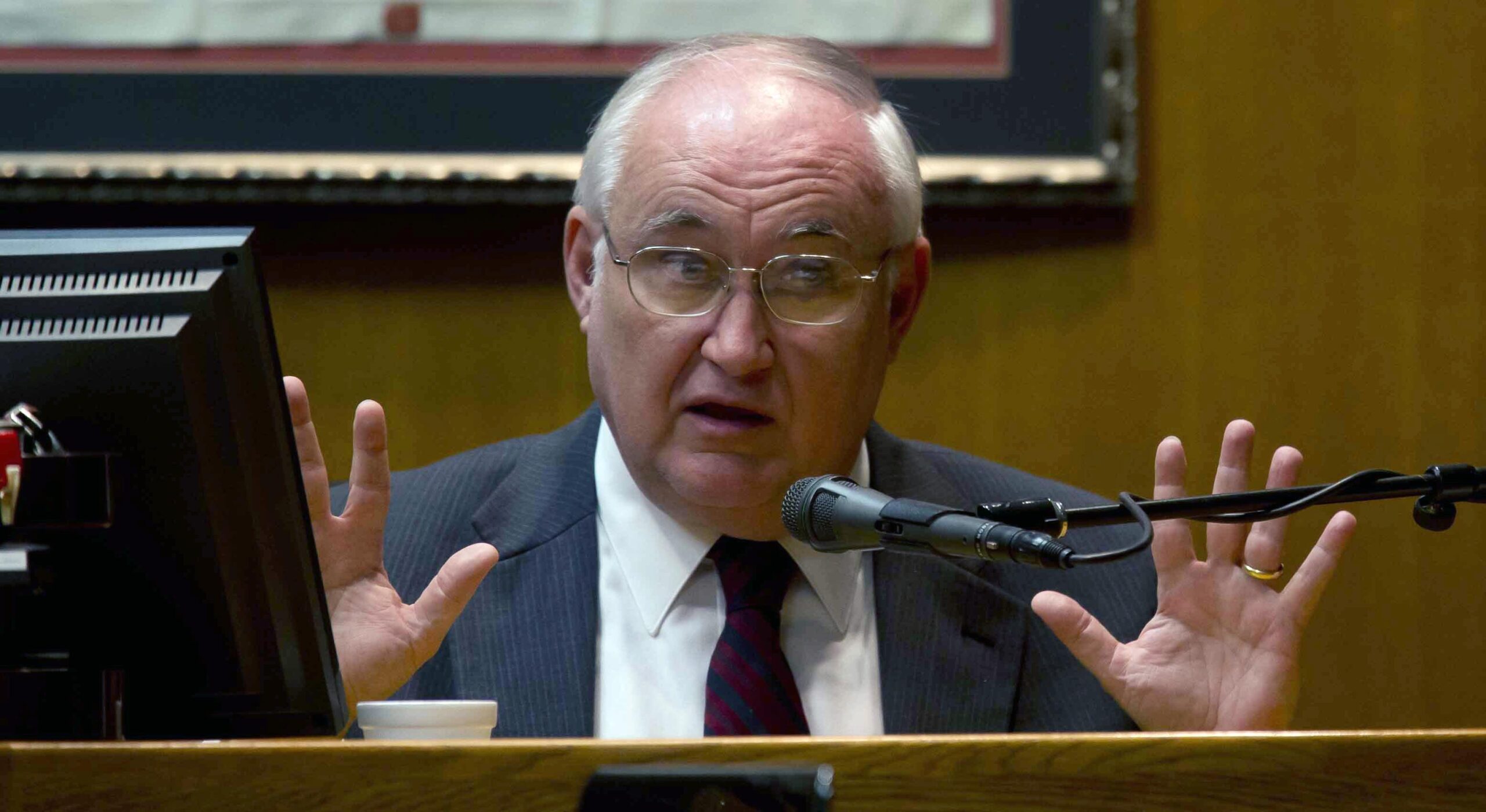 Seven years ago, Ken Anderson was booked into jail in Williamson County — the same county where he once served as the district attorney — to begin a 10-day sentence for misconduct that led to the wrongful conviction of Michael Morton.

Today, he remains the only prosecutor — past or present — who has ever spent time in jail for misconduct that led to a wrongful conviction, even though 729 people exonerated since 1989 were wrongly convicted in cases involving prosecutorial misconduct. Mr. Anderson is also one of just a few prosecutors to have had their license to practice law revoked as a result of their role in a wrongful conviction.

“What happened to Ken Anderson became national news mostly because these kinds of consequences are so rarely imposed on prosecutors,” said Nina Morrison, senior litigation counsel at the Innocence Project.

But the consequences Mr. Anderson faced — a 10-day jail sentence, of which he served only five due to “good behavior” — paled in comparison to the quarter of a century Mr. Morton spent in prison for a crime he didn’t commit.

In light of this clear injustice, Texas lawmakers unanimously passed the Michael Morton Act in 2013. The legislation created an “open-file” criminal discovery policy that requires county and district attorneys to disclose most of their investigative evidence to the defense. The significant step allowed attorneys to prepare an adequate defense to avoid wrongful conviction.

However, a recent Texas Supreme Court case involving Eric Hillman, a former assistant district attorney in the Nueces County District Attorney’s Office, highlighted a major flaw of the Michael Morton Act. Mr. Hillman filed a wrongful termination lawsuit alleging he was fired for refusing his supervisor’s order to withhold exculpatory evidence from a defendant. Mr. Hillman had tried to do the right thing by refusing to violate the Michael Morton Act, in 2019, yet the Texas Supreme Court ruled that the act did not protect or other prosecutors from being fired in such circumstances. The court added that only the state’s legislature could change the law. The Innocence Project and Innocence Project of Texas are advocating for new legislation to close this loophole during the 2021 legislative session to increase prosecutorial accountability and prevent future wrongful convictions.

Though Mr. Morton was wrongly convicted in 1987, it wasn’t until the Innocence Project and law firm Raley & Bowick took his case that Mr. Anderson’s misconduct was discovered. In 2005, Mr. Morton’s legal team filed a request to test crime scene evidence for DNA. When testing was finally granted more than five years later, it proved what Mr. Morton had always said — someone else had murdered his wife. The DNA testing that cleared Mr. Morton also solved another cold-case murder in an adjacent county in which a young wife and mother, Debra Baker, was similarly murdered in her home.

Mr. Anderson’s misconduct came to light when, in the course of the post-conviction DNA litigation that ultimately led to Mr. Morton’s freedom, his legal team filed a public information act request for documents from his trial. They discovered that evidence of Michael’s innocence, that could have prevented his wrongful conviction, had been concealed from his defense at his original trial in 1987.

The Innocence Project filed a petition urging an investigation into Mr. Anderson’s misconduct on Mr. Morton’s behalf, leading the Texas Supreme Court to order a rare Court of Inquiry to determine whether any crimes had been committed by the prosecution. Mr. Anderson, who by then was a Texas district court judge, ultimately pled guilty to contempt of court, for concealing exculpatory information from Mr. Morton’s defense team and the trial judge.

To date, only 4% of prosecutors in the U.S. who were involved in wrongful conviction cases tainted by prosecutorial misconduct have faced any kind of personal or professional discipline, according to the National Registry of Exonerations.  And only a handful of these prosecutors faced serious disciplinary action, such as disbarment from the practice of law, as opposed to a brief suspension or “reprimand” by the state bar.

The Innocence Project is working to pass reforms to prevent prosecutorial misconduct, increase accountability, and strengthen justice in all 50 states and at the federal level.