Clemente Aguirre celebrates two years of freedom today, even though Florida will not compensate him for 14 lost years. 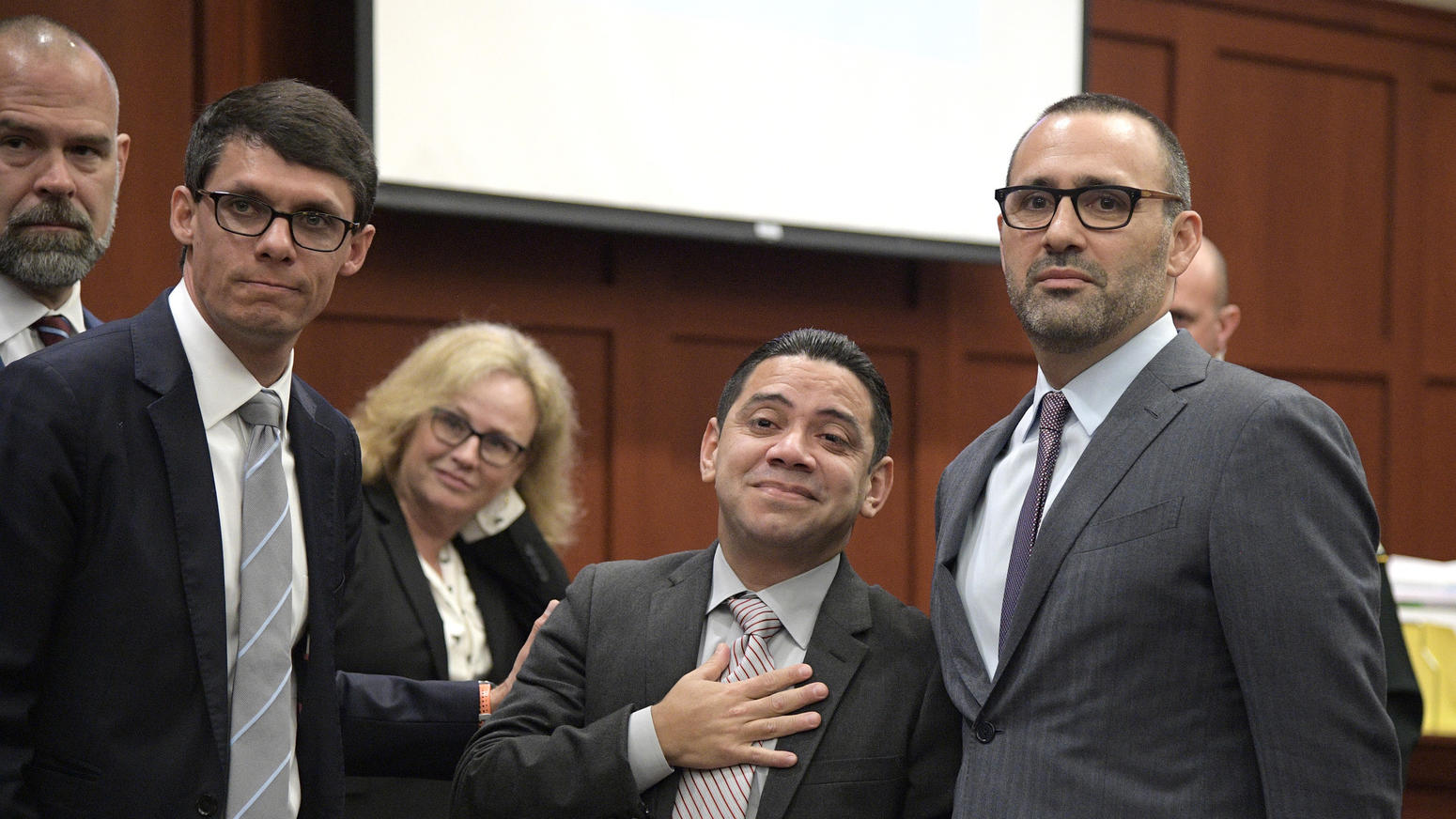 Clemente Aguirre and his attorney Josh Dubin (right) the day he was exonerated of murder in November 2018. (Image: Phelan Ebanhack)

Two years ago, Clemente Aguirre walked free after spending 14 years in prison — including a decade on death row — in Florida. Mr. Aguirre was exonerated from a murder conviction by DNA and other newly discovered evidence.

Since then, he has been building a new life with his girlfriend and his dog Puko, whose name is a Mayan word meaning “freedom.”

“I’m so happy that another year of freedom has gone by,” Mr. Aguirre said.

But, despite the joys of the past two years, things have not been easy since his exoneration. Mr. Aguirre still has not received compensation for the years he spent wrongfully incarcerated. In fact, Florida’s law denies him compensation. The state enacted legislation to compensate wrongfully convicted individuals in 2008, but since then, only four exonerees have been compensated, although more than 30 people have been exonerated in the state.

In Florida, two provisions render the majority of exonerees ineligible for compensation. First, the state’s law bars exonerees who have been convicted of other unrelated crimes from receiving compensation. This is particularly unfair because having a prior criminal record increases a person’s risk of being wrongfully convicted of a crime. Additionally, the state requires people to file compensation claims within 90 days of their convictions being overturned, making it nearly impossible for an exoneree to be compensated unless a prosecutor agrees to dismiss their charges. As a result, exonerees who prosecutors decide to retry, are precluded from filing compensation claims.

Mr. Aguirre, for example, was still in jail 90 days after a judge overturned his conviction because the prosecutor pursued a retrial. In total, he spent two years in jail after his conviction awaiting a retrial before the charges against him were dropped. Once freed, Mr. Aguirre filed a compensation claim, but it was considered too late under Florida’s existing law. He had missed the deadline requiring him to prove “actual innocence” while he was still behind bars.

The Innocence Project and Mr. Aguirre are advocating to change Florida’s law to ensure that exonerees receive fair compensation. Senate Bill 526 and House Bill 241, which would fix both these barriers and finally enable all exonerees to be compensated, are sponsored by Florida House Rep. Traci Koster and State Sen. Keith Perry. Across the United States, 37 states have some form of compensation law; however, these laws often have requirements that are exceedingly difficult for exonerees to meet. As a result, many wrongfully convicted people do not receive compensation for the years of employment, life, and freedom they lost.

“Even though nothing has changed in terms of my compensation, I am still grateful to God for the amazing opportunity to live in freedom,” said Mr. Aguirre. “In this next year of freedom, I’m looking forward to working, good health, love, and peace.”

He plans to celebrate the day with snow crab, drinks, and good company.