4 Exonerees on How Their Dogs Changed Their Lives 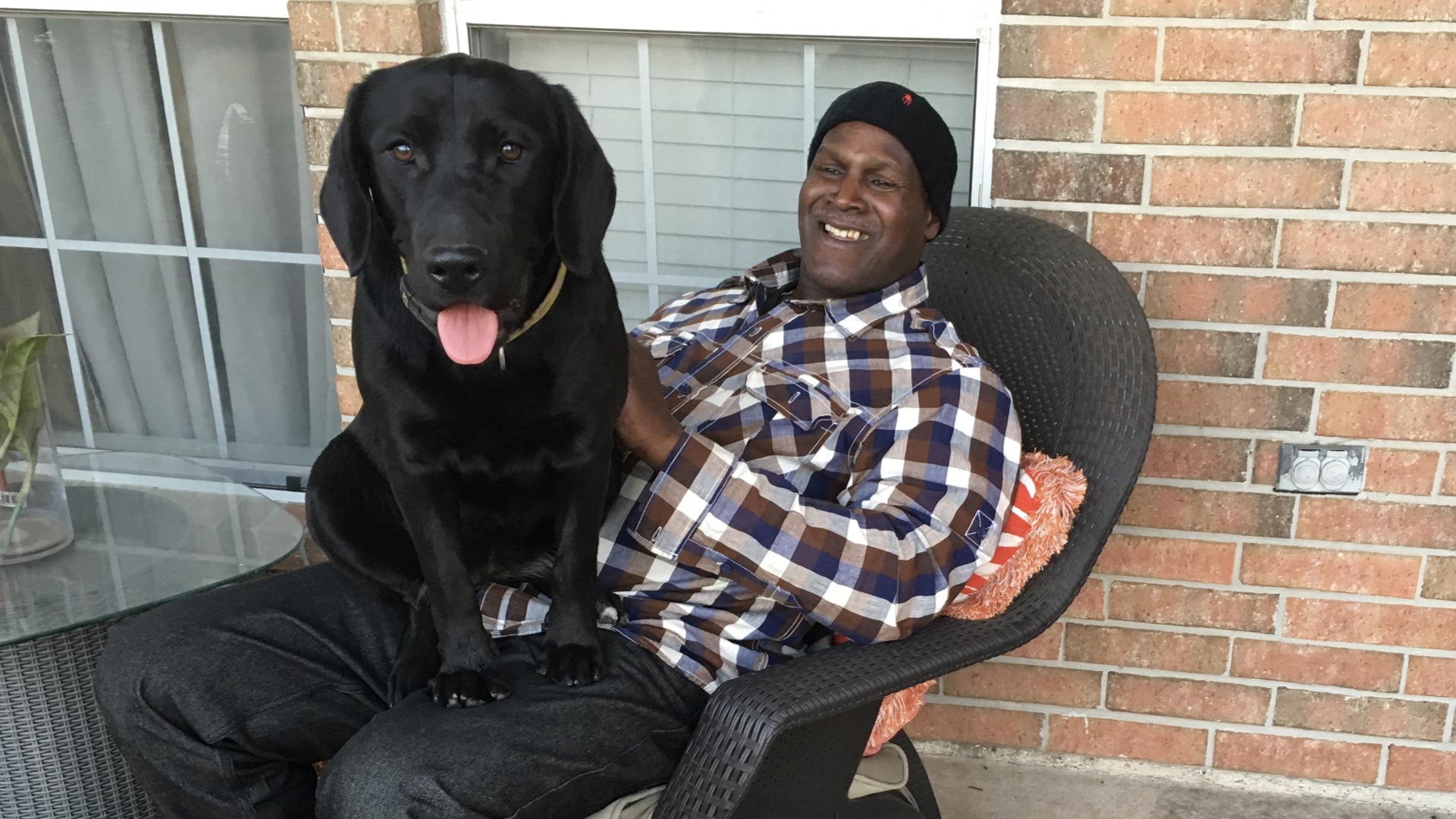 “They say a dog is a man’s best friend, and Inn really is my best friend,” exoneree Malcolm Alexander told the Innocence Project of his dog Inn — short for Innocence.

Today, on International Dog Day, we’re highlighting exonerees’ stories about their canine companions and how they’ve helped them navigate a new world and rebuild their lives as free people. 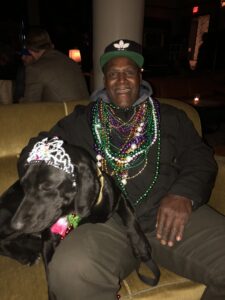 Alexander’s bond with Inn is unlike that of most owners and their dogs because they “came through the fire together,” the 60-year-old said.

Inn was born in the Louisiana State Penitentiary — also known as Angola prison — where Alexander was serving a life sentence, without the possibility of parole, for a crime he didn’t commit.

Inn’s mother was a friend’s dog, a companion that incarcerated people are sometimes allowed to keep, who’d had a litter. Inn was the runt and the only one among the black lab puppies that had a white paw. She immediately caught Alexander’s attention, and at a friend’s suggestion, he named her Innocence as a reminder of his fight for justice.

For nine months Alexander raised the puppy behind bars. At work, during the day, she was always by his side, but at night, when he would return to the dormitory, Inn had to stay behind.

“I made her a place to sleep at work since she couldn’t come back to the dormitory with me, except on weekends sometimes,” Alexander said.

“I always told her when she was growing up in there that one day we will be free … I knew it was just a matter of time.”

“I can’t move without her. I keep her with me always,” he said. Alexander takes Inn fishing, and he and his wife Brenda take Inn on all their outings and trips. Inn has even become a local celebrity, leading the Barkus parade — the annual Mardi Gras dog parade — in New Orleans twice as the “Princess Royale.”

But Alexander isn’t the only exoneree who’s canine companion has provided hope and support through the challenges of building a new life.

Help Malcolm pursue his dream of starting his own jewelry business 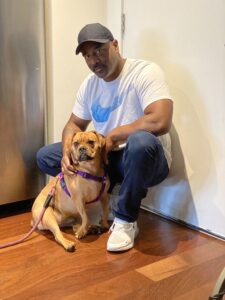 “Journey has been my guiding light, so to speak,” Chester Hollman III told the Innocence Project. Hollman, who is featured in the Netflix documentary series “The Innocence Files,” was exonerated last year after spending 28 years in prison for a crime he didn’t commit. He was represented by the Pennsylvania Innocence Project.

Hollman had first spotted Journey as a 6-month-old puppy in the dog training program at Retreat State Correctional Institution in Pennsylvania. Journey — or Buttons as she was named then — was one of several dogs from the SPCA that was sent to the prison where incarcerated people would train them and prepare them for adoption.

Though Hollman wasn’t part of the program, he saw the dogs daily at his job in the gym where the dogs would do some of their training. Typically, only prison staff were allowed to adopt dogs from the programs — not incarcerated people — but because Hollman was hoping to be exonerated soon, his supervisor, who was also the prison’s liaison to the SPCA, suggested he adopt one of the dogs if he was freed.

“Journey always stood out ever since her arrival [to the program]. She was so small but yet so rambunctious and not afraid of the bigger dogs,” Hollman remembered. “I began to try and visualize her as my own in the outside world if given the chance.” 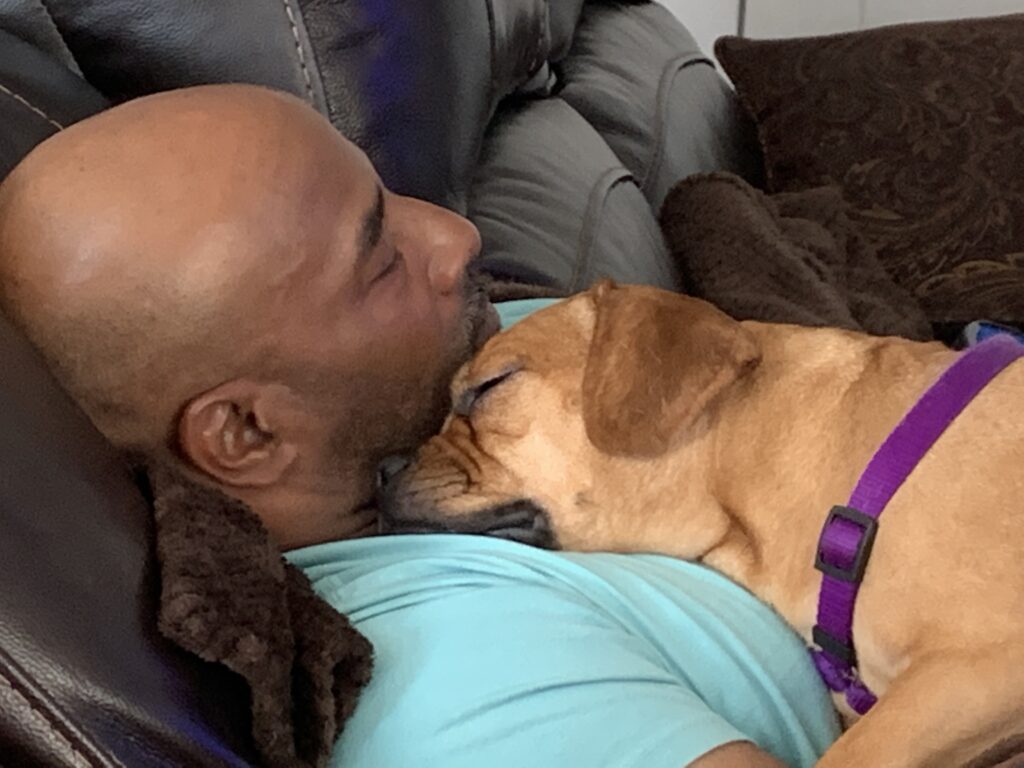 On July 30, 2019, Hollman walked free. Paperwork and logistical challenges kept Journey from joining him that day, but the very next morning, Hollman and his family made the 2.5 hour drive to pick her up. Once home and free, Hollman decided to change her name from Buttons to Journey.

“I just couldn’t see myself calling anything buttons in this life that wasn’t attached to a shirt … and Journey just seemed so fitting for what we had both just come through, and a journey it has been,” he said.

“I didn’t know how I would adjust to life after so many years away and care for a dog, but truthfully, it’s the one of best decisions I’ve ever made. We’ve come a long way together since having been set free. She’s added a different kind of balance to my life that I’m just so grateful to have because of her.”

Hollman said he can’t wait to grow old with her. 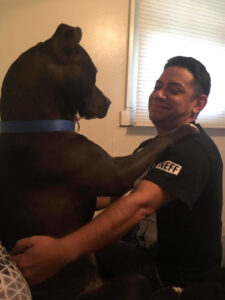 Clemente Aguirre-Jarquin, who was also exonerated in 2018, after 12 years of wrongful conviction, said his dog Puko is his rock and helps him whenever he feels “stuck”.

“I can’t really explain it, but he’s my everything,” Aguirre-Jarquin told the Innocence Project. “He gives unconditional love. There’s no judgement, it’s not about money … He just loves you and how much love you give to him.”

He adopted Puko — a Mayan word meaning “freedom” — when he was just 2 weeks old from a litter of abandoned puppies. From the moment he saw Puko, Aguirre-Jarquin said the pitbull puppy stole his heart, but it wasn’t until the pup became sick that he realized how much he’d come to depend on Puko.

“All I could think was ‘What am I supposed to do without my baby boy?’” he recalled. Puko made a full recovery, and has returned to his energetic and playful self. 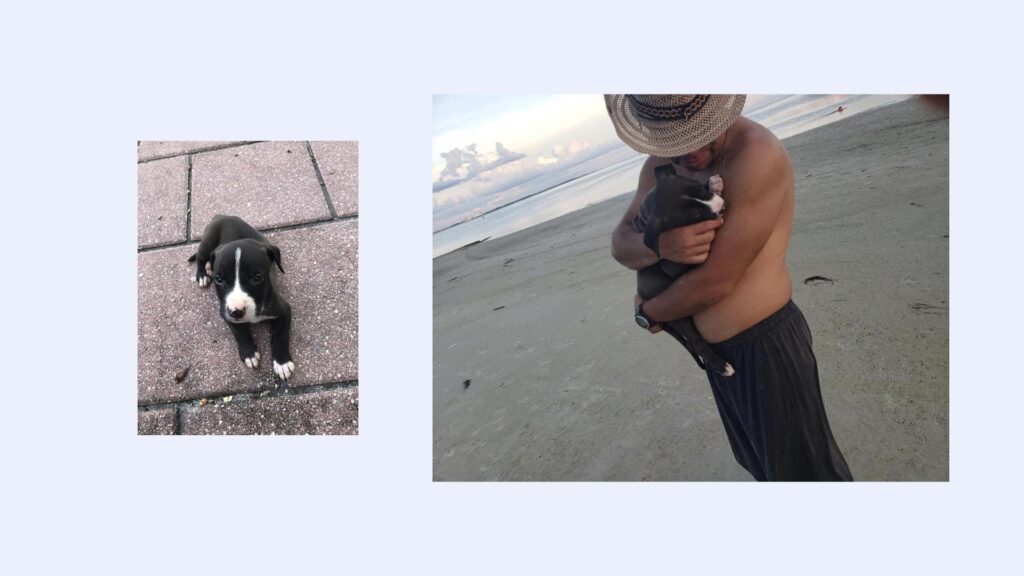 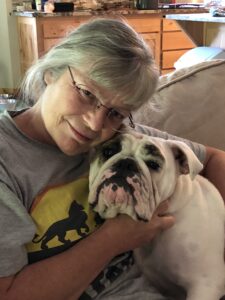 Belynda Goff spent her entire life around dogs before being wrongfully convicted. And even while wrongfully incarcerated, she continued to work with dogs as one of the first incarcerated women to participate in the “Paws in Prison” program at the Hawkins Women’s Unit in Arkansas.

As part of the program, Goff worked with approximately 19 dogs rescued from kill shelters, training and readying them for their new homes, including preparing some to become service dogs.

“I absolutely loved being a part of the program! They should be in every prison. Most staff and inmates were happy to have the interaction with dogs on a regular basis: it improved the morale of most. And of course saved the life of the animals,” she told the Innocence Project.

Now  free after 23 years of wrongful incarceration, she said she feels “deeply blessed” by her “precious fur balls” Marley, Samsonite, and Rooster.

“Whether I’ve loved dogs through fostering, training, or ownership they are truly a special gift from God,” she said. 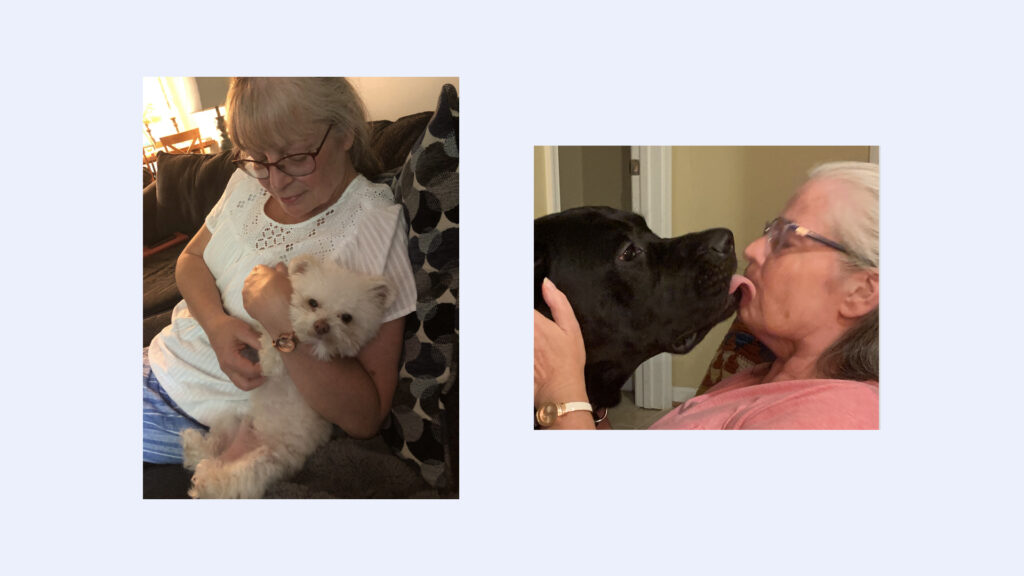