Join us for a virtual town hall on April 6 to discuss the current state of reforms in Florida.

The COVID-19 crisis has created a new set of unique challenges for exonerees and an urgent need to fix the Florida state compensation law.

Most Florida exonerees haven’t been compensated because of unnecessary restrictions in the law. This year, the Florida legislature made progress on a bill to improve the law, but failed to pass it before the session ended in early March. Now, exonerees who already faced difficulties rebuilding their lives have been left even more vulnerable in the face of the COVID-19 pandemic.

On Monday, April 6, we will host a virtual town hall with the Innocence Project of Florida, IP client Clemente Aguirre-Jarquin and Florida House Criminal Justice Chair Jamie Grant (R-Tampa). Panelists will discuss the impact of COVID-19 on Florida exonerees and the innocent who remain behind bars. Learn how you can be part of the effort to fix Florida’s exoneree compensation law.

Join the fight to compensate exonerees in Florida

Here is some background on Florida’s flawed compensation law:

This broken law must be fixed to be effective in helping all Florida exonerees: 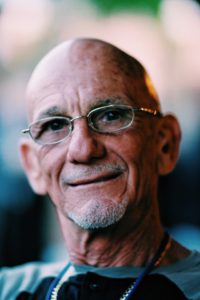