These moving memoirs highlight strength, survival, and the urgent need for change. 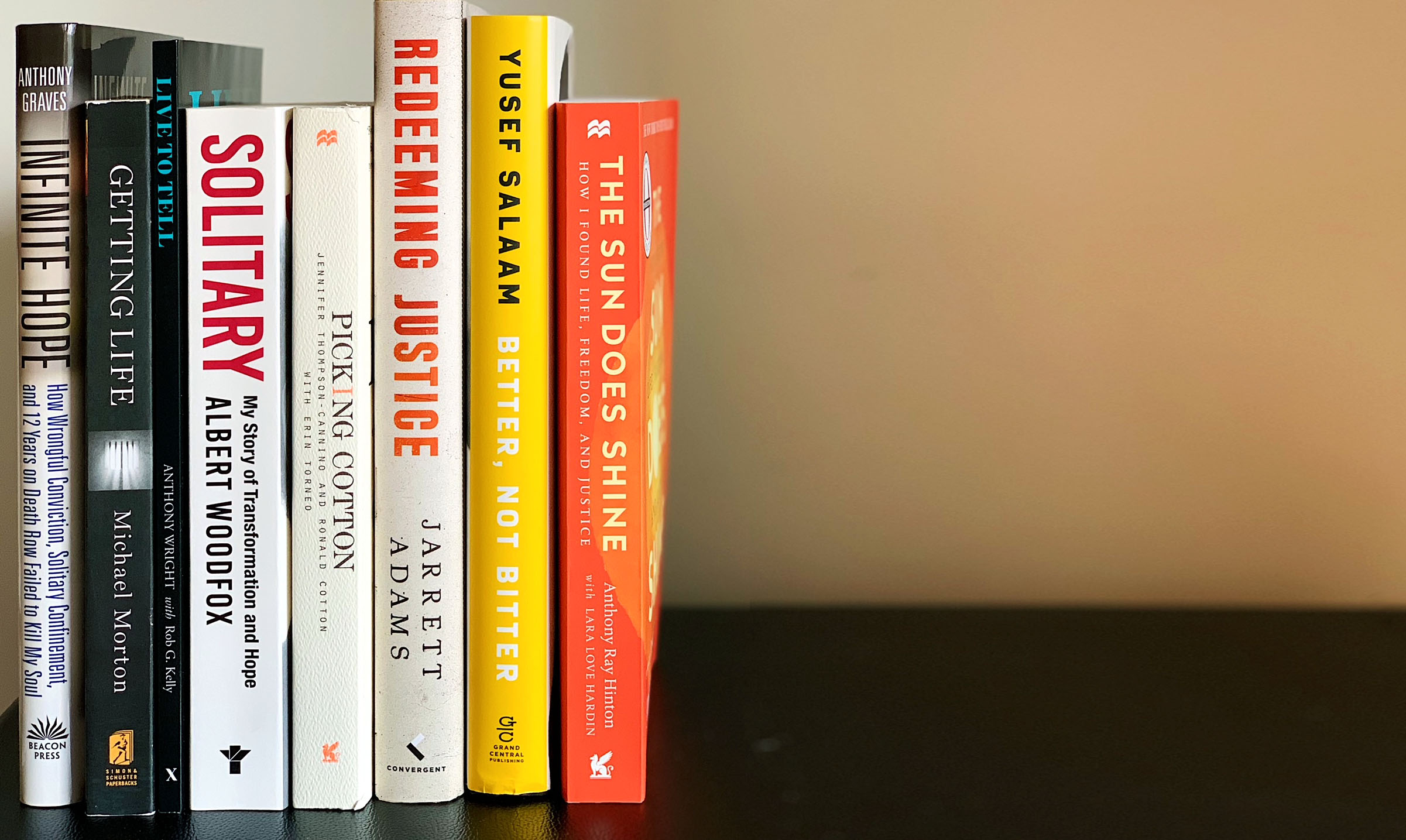 Writing is a powerful tool of expression and reflection for many incarcerated and wrongly convicted people. These eight exonerees and wrongfully convicted people took their passion for writing a step further, penning these compelling memoirs that not only paint haunting portraits of what it’s like to be innocent and incarcerated, but also shine a spotlight on the greater inequities and systemic flaws ingrained in criminal legal systems.

These first-hand accounts of surviving and overcoming wrongful conviction are must-reads for anyone interested in criminal justice reform. 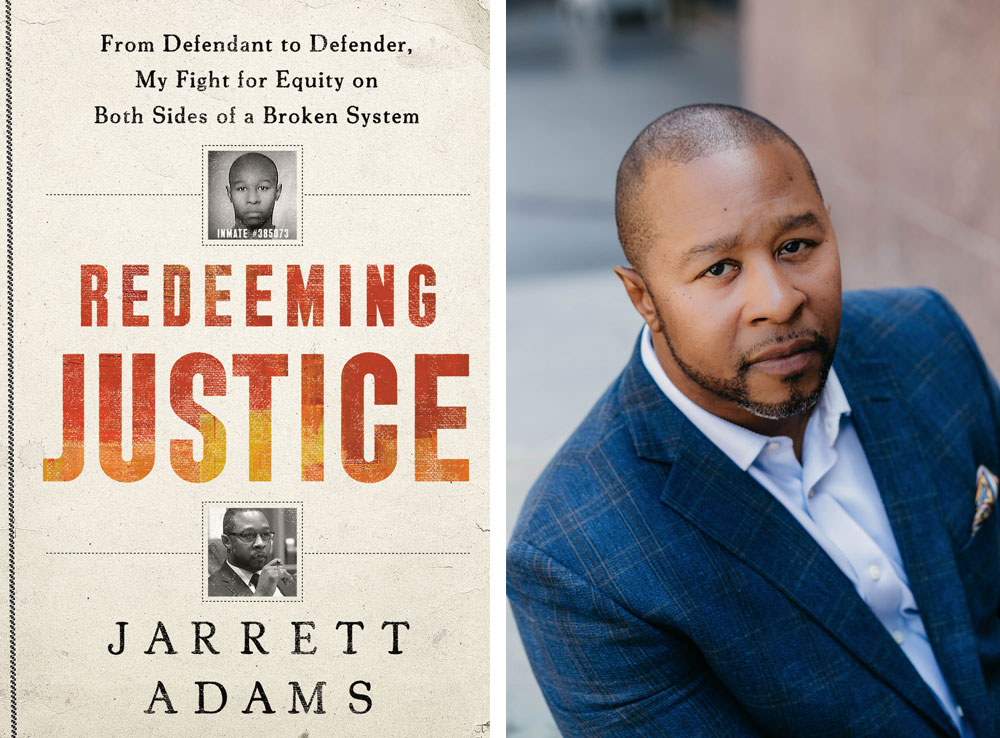 At 17, Jarrett Adams was arrested for a crime he didn’t commit in Wisconsin. Mr. Adams spent eight years wrongly convicted before being exonerated with the help of the Wisconsin Innocence Project. While incarcerated, Mr. Adams focused on learning all the ins and outs of criminal legal systems, both to understand how such an injustice had occurred and how he could change it. After his exoneration, Mr. Adams earned his law degree and worked at the Innocence Project, where he argued before the same court that had convicted him a decade before and won. In this engaging memoir, Mr. Adams shares his experience and his clients’ stories, painting a stark portrait of deeply flawed legal systems.

Available for pre-order here (will be released on Sept. 14).

Albert Woodfox spent 44 years and 10 months in Angola prison — often called America’s bloodiest prison — while insisting on his innocence. He spent most of that time in solitary confinement and is widely reported to have spent the longest time in solitary confinement of any person in the United States. During his wrongful incarceration, Mr. Woodfox dreamed of writing a memoir. Upon his release, he penned Solitary, an incredible and profound book that traces his fight for justice. The book was a Pulitzer Prize winner and American Book Award finalist.

Solitary is available to purchase here.

3. Better, Not Bitter by Yusef Salaam

In this moving memoir, Dr. Yusef Salaam tells his story of survival as a wrongly convicted teenager. He details how his family and his faith powered him through seven years of wrongful incarceration and supported him as he returned to his community. This is a must-read for those who watched Netflix’s When They See Us and want to hear directly from one of the Exonerated Five. Dr. Salaam, an Innocence Project board member, is also the author of Punching the Air, a young adult novel written in prose, and Words of a Man, a selection of his poetry.

Better, Not Bitter is available to purchase here.

In 1984, an intruder broke into Jennifer Thompson-Cannino’s home while she was asleep and raped her at knifepoint. After viewing a photographic lineup that used flawed eyewitness practices, Ms. Thompson-Cannino mistakenly picked out Ronald Cotton as the person who had attacked her. Mr. Cotton spent 10 years wrongly imprisoned before DNA evidence proved his innocence and exonerated him. After his exoneration, Mr. Cotton and Ms. Thompson-Cannino developed an unlikely friendship and have teamed up to shed light on how wrongful convictions occur. Picking Cotton is their story.

5. Live to Tell by Anthony Wright with Rob G. Kelly

Anthony Wright was a 20-year-old with NFL dreams when he was wrongly arrested for rape, robbery, and murder in Philadelphia. He spent 25 years in prison before DNA exonerated him in 2016, with the help of the Innocence Project. In this compelling memoir, Mr. Wright takes readers through his long, difficult journey — from the interrogations that paint a picture of how innocent people can be pressured into false confessions to rejected appeals to his first moments of freedom.

Live to Tell is available to purchase here.

6. The Sun Does Shine by Anthony Ray Hinton with Lara Love Hardin

Anthony Ray Hinton spent 30 years on death row in Alabama for murders he did not commit. As a Black man in the South experiencing poverty, Mr. Hinton faced an uphill battle to prove his innocence, but he did not give up. In 2015, he was freed with the help of Bryan Stevenson, founder and executive director of the Equal Justice Initiative. During his decades of wrongful conviction, Mr. Hinton remained strong and was a beacon of hope for those around him. The Sun Does Shine recounts his story of survival.

7. Getting Life by Michael Morton

The day after Michael Morton’s 32nd birthday, he returned home from a full day at work to discover that his wife had been murdered in their home. Though no physical evidence connected him to the crime, Mr. Morton became the main suspect. In 1987, he was convicted and sentenced to spend the rest of his life in prison in Texas. He spent 24 years in prison before being exonerated by DNA, with the help of the Innocence Project and law firm Raley & Bowick. Drawing on Mr. Morton’s personal reflections, journal entries written during his wrongful incarceration, court documents, and more, Getting Life guides readers through the missteps that led to Mr. Morton’s wrongful conviction and how regained his freedom.

Getting Life is available to purchase here.

In 1992, Anthony Graves was wrongly arrested for murder. Though he had no motive to commit the crime and no physical evidence connected him to the murders, he was convicted and sentenced to death in Texas. Mr. Graves spent 16 years wrongly convicted — most of them in solitary confinement and on death row. He came close to being executed twice and was finally exonerated in 2010, after a re-investigation of his case found that the prosecutor in his case had concealed exculpatory evidence, presented false testimony, and lied. This powerful memoir recounts Mr. Graves’ relentless fight to live and be free.