Voting Is a ‘Family Affair’ for This Exoneree

Wrongfully convicted and unable to vote for 18 years, Fernando Bermudez wants his kids to know their vote matters. 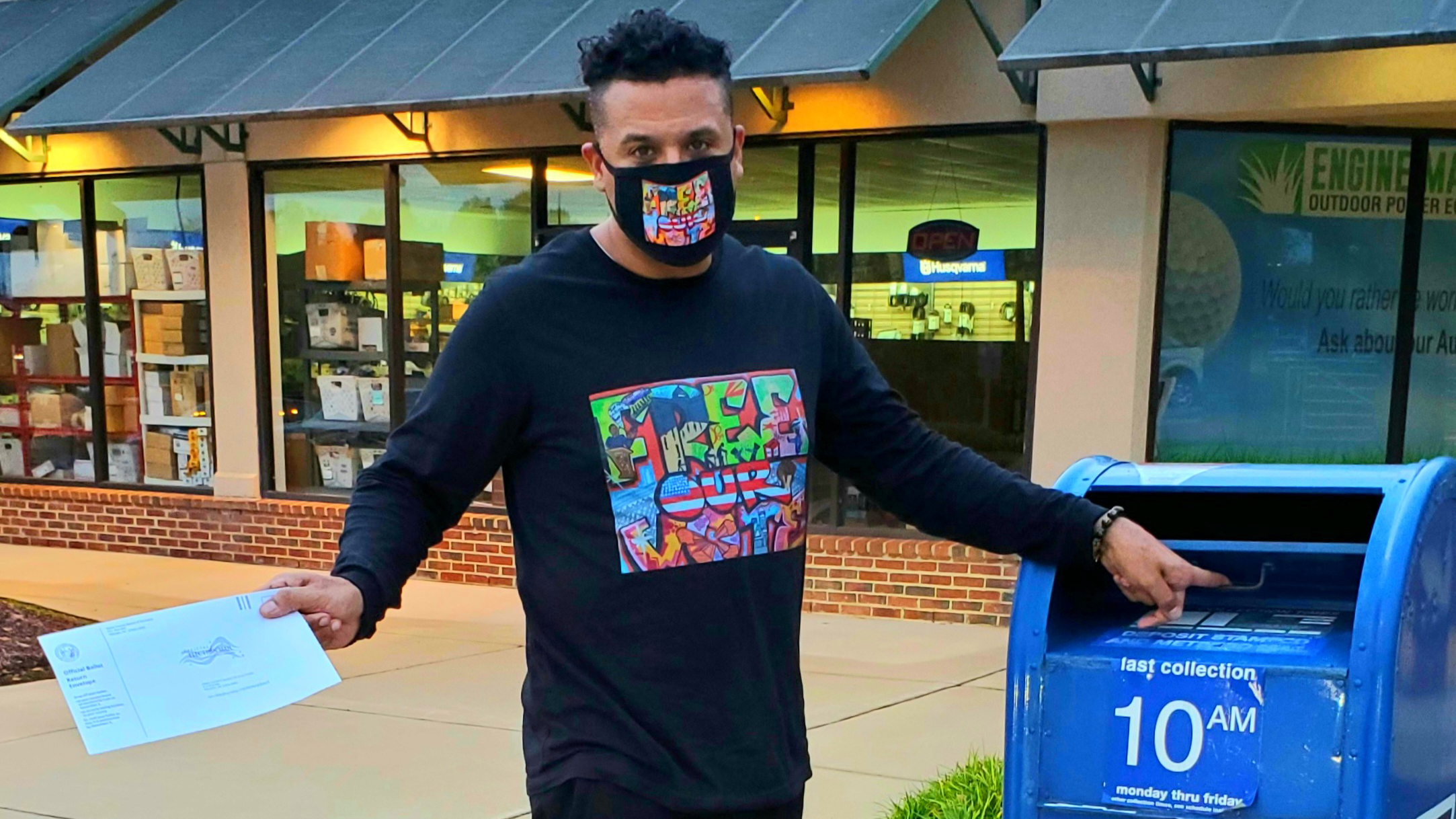 “I recall clearly registering to vote at the post office in Washington Heights when I turned 18,” said Fernando Bermudez. “But in those first few years after that I didn’t end up voting.”

In 1991, when Mr. Bermudez was 21, he was wrongly arrested for murder in New York City and convicted the following year, largely based on eyewitness misidentification and official misconduct. He spent the next 18 years in prison before being exonerated.

“After I got out was the first time I voted. And now more than ever I realize the importance of voting and I’m committed to voting consistently to set an example for my children.”

This year, his daughter, Carissa Bermudez, is voting for the first time. The 18-year-old said she has been inspired by her father’s activism since his wrongful conviction and is urging others to get to the polls, too. Both father and daughter voted in North Carolina, Mr. Bermudez from home via mail-in ballot and Ms. Bermudez, at college.

“Since I was young, I’ve always been very interested in politics and what’s going on in the world because of the example my family set and my dad’s story,” Ms. Bermudez said. “I’ve noticed some people think their vote won’t matter, or they don’t care to vote because they don’t think the outcome will affect them — but I feel like we have a responsibility to make things better for everyone.” 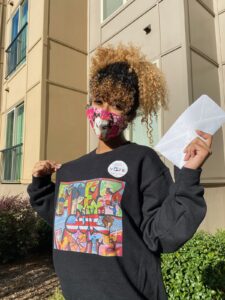 Ms. Bermudez said most of her friends are already committed to voting in the election. North Carolina has seen a doubling of its early voting rate among youth, jumping from 6.7% in 2016 to 12.6% this year.

Mr. Bermudez was still wrongfully incarcerated when his daughter was born, and it wasn’t until she was 8 years old that he was freed and exonerated.

“I think about what happened to my dad — his wrongful incarceration — when I consider candidates. I think about justice for young people of color when I vote,” the first-year college student said.

Ms. Bermudez is studying political science. A concentration that did not surprise her parents who made sure they instilled the importance of civic participation in her from a young age.

“Carissa was such a quiet little kid that we were worried at first, but now she doesn’t stop talking and she’s always talking about civil rights and how to make the world a better place and she even teaches me things,” Mr. Bermudez said.

“We grow together and inform each other, we exchange information. And I learn all the time from my daughter, and it excites me that we’re building the next legion of informed voters and even future politicians,” he added.

The father and daughter both emphasized the importance of learning about candidates and said they’ve been working hard to educate those around them and share resources. In particular, they’ve been vocal about the importance of participating in local elections. In all but five states, prosecutors are elected officials.

“That’s really powerful because that person can review wrongful convictions and support the overturning of wrongful convictions. So we need to vote for prosecutors and other local elected officials who are committed to accountability and justice,” Mr. Bermudez said. “And then we need to hold them to the fire when they’re in office.”

Prosecutors are the ones who decide who to prosecute, what crimes to charge them with, and what kinds of evidence they’ll offer in court to convict them. And its citizens who have the power to choose who will bear these crucial responsibilities.

“We need to hold them to the fire…”

Yet, only a quarter of eligible voters participate in local and municipal elections; in most major cities, the turnout for local elections historically has been even lower. Most prosecutors serve either a four- or six-year term in office, and, frequently, candidates run unopposed.

“That means there aren’t that many opportunities to hold them accountable. That makes it all the more critical that people turn up to vote and hold them accountable at the polls, and in other ways in between,” said Nina Morrison, Senior Litigation Counsel at the Innocence Project.

Fight for police accountability and transparency in all 50 states.

“Even though it’s close to election day and we’re in a pandemic, virtual town halls are great ways to ask candidates questions about things that matter to you — like whether they have a process in place for evaluating wrongful convictions and how they train their prosecutors to prevent wrongful convictions,” she added.

Asking such questions at town halls also helps to highlight issues that the community cares about to candidates.

“They will remember these questions when they assume office and the next step should be holding them accountable after they assume office. Show up at community meetings — virtual and live (when it’s safe to do so). Look up what they promised to do during campaigns and ask them what progress they’re making, ask for data. Join a court watch,” Ms. Morrison said.

Mr. Bermudez has been encouraging people to vote and raising awareness about the disenfranchisement of incarcerated and formerly incarcerated people through his graffiti artwork, a form of art he loved as a teen, prior to his incarceration and to which he has recently returned. Approximately 5.2 million people in the United States are not able to vote in this election due to a current or prior felony conviction, according to the Sentencing Project.

Even though Mr. Bermudez and his daughter voted separately this year, they both wore shirts with his artwork reading “free our vote” to cast their ballots.

“I’m most excited to see my kids voting in this election — two out of my three kids are of voting age — and it’s becoming a family affair,” Mr. Bermudez said.

Not sure where your polling site is? Check here.