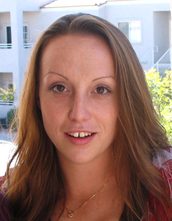 In an effort to prove a Nevada woman innocent of a 2001 murder, more than 100,000 people have signed a Change.org petition to the Clark County District Attorney.
Kirstin Lobato was convicted in 2002 of the July 2001 Las Vegas murder of Duran Bailey. One month before the murder, Lobato fought off a man attempting to rape her and when she reported the details to the police, it was interpreted as a confession to the July murder. Eight people gave witnesses statements to police confirming that Lobato spoke of the failed rape attempt prior to the July murder. But, despite the events happening several weeks apart, and an alibi backed by prosecutors that placed her 170 miles from the crime scene, Lobato was convicted.
The petition urges District Attorney Steven Wolfson to allow post-conviction DNA testing of crime scene evidence and to not file any opposition to Lobato’s appeal to the Nevada Supreme Court.
The Innocence Project is assisting Lobato’s attorneys with her innocence claim.
Read the