The Most Captive Audience 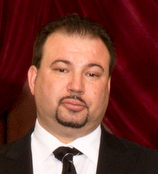 This article originally appeared in the February 04, 2013 issue of


There was a lot of pain in my life from 1990 to 2006. But when I think about those years, I have happy memories of the Super Bowls. I remember the blowouts and the nail-biters. Tom Brady outgunning Jake Delhomme. John Elway scrambling every which way and finally winning the big prize. Brett Favre and Kurt Warner and all those Dallas Cowboys.

One of my clearest recollections is of Super Bowl XXV. I’m a Giants fan, and I was surrounded that day by other Big Blue supporters. We watched Scott Norwood line up that last-second field goal for the Bills. I still see it now: Marv Levy, the Buffalo coach, holding the hand of James Lofton, the team’s veteran receiver, anticipating a championship. The kick is up. Ever so slightly, they begin to lift their arms. Then the kick sails wide right. Giants win. A group of us yelled and hugged one another and did little dances. And then we went back to our jail cells and banged on the bars in celebration.

From 17 to 33 I was an inmate in the New York State prison system, wrongfully convicted of the rape and murder of a classmate at Peekskill High. My conviction was based on a coerced false confession, extracted when I was 16. Though my case was filled with prosecutorial misconduct and fraudulent testimony, I lost all of my appeals and was refused parole. Then, my Hail Mary touchdown: In 2006 I was cleared and released when the Innocence Project, a New York City–based nonprofit dedicated to overturning mistaken convictions, used DNA evidence to turn up the actual perpetrator—a career criminal who had murdered another woman three years after I went to prison for his crime. It’s been more than six years since my release and full exoneration, but I still think often of my time in prison. It’s no exaggeration to say that sports sustained me during my incarceration, just as they do countless others in the criminal justice system. Sports are recreation. Sports are diversion. Sports are fun. But they are more than that. For many of the nearly two million Americans currently imprisoned—the vast majority of them men—sports are crucial to survival.

I served most of my sentence at a maximum security facility in Elmira, N.Y. The inmates were of every age, background and temperament you can imagine. But sports were a point of commonality. At meals, in the yard, in the cell block, we’d argue about favorite teams and athletes. We’d have the same conversations—Who belongs in the Hall of Fame? Is LeBron better than Kobe?—that our peers on the outside were having in bars and barbershops. Sports talk was also a way to build relationships with the guards. We’d even place bets and run our version of office pools, wagering cigarettes and stamps and items from the commissary. When there’s a few cans of tuna fish riding on a game, you sweat it out.

Deskovic’s interview on ESPN before the Superbowl