With Consent of the Tarrant County District Attorney, Texas Court Frees Man Who Served 19 Years of a Life Sentence for Murder 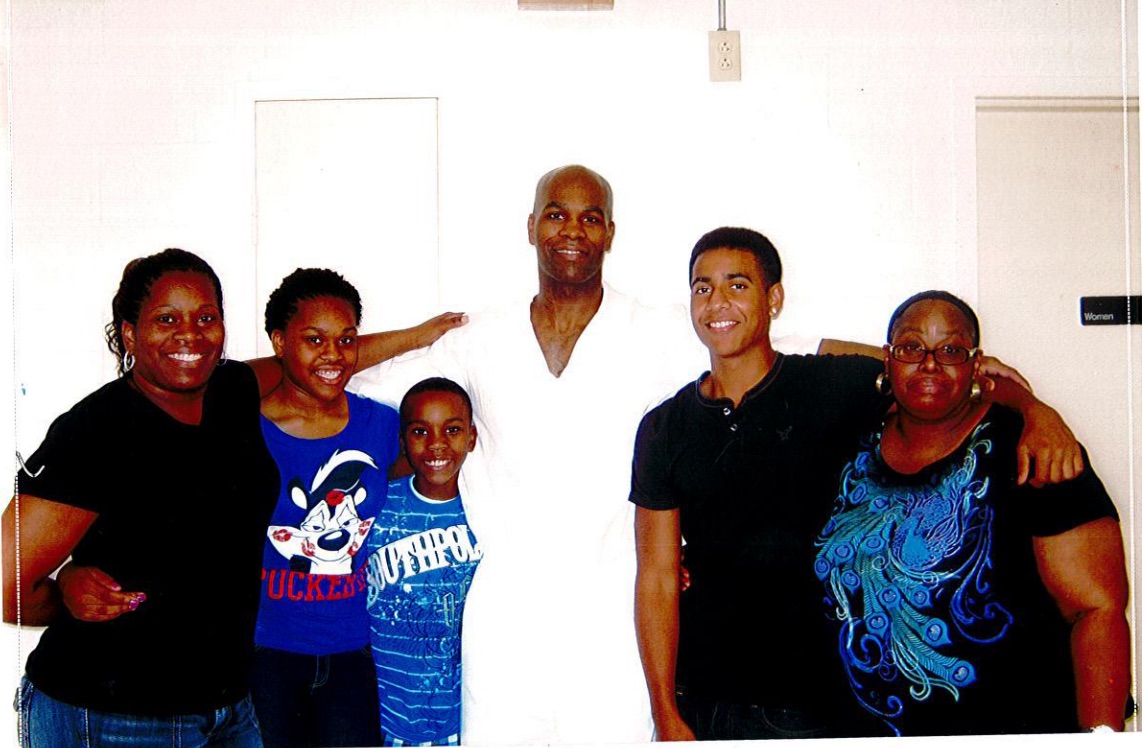 New Technology Shows That Innocence Project Client Was Not Source of Bloody Palm Print at Crime Scene, and Prosecutors Agree That Critical Information About Informant Witnesses Was Never Disclosed to Defense

(Fort Worth, Texas – May 17, 2016)  With the consent of Tarrant County Criminal District Attorney Sharen Wilson, a Texas Judge today filed an order recommending that the 1998 murder conviction of John Earl Nolley be vacated.   The judge then ordered that Nolley be released on bond and allowed to return to live with his family after serving 19 years in prison for a murder he has always maintained he did not commit.

In July 2015, six months after taking office, District Attorney Wilson established her office’s first Conviction Integrity Unit (“CIU”).  The CIU collaborated with the Innocence Project and Fort Worth attorney Reagan Wynn in reinvestigating the 1996 murder of Sharon McLane.  The collaboration netted new evidence using new forensic technology revealing that Nolley was not the source of a bloody palm print found on a piece of paper recovered on the victim’s body.   The CIU also discovered and turned over numerous pieces of previously undisclosed evidence significantly discrediting the testimony of two informants (both of whom were facing criminal charges during the original murder investigation) who had claimed to have critical evidence supporting the state’s case at trial.  The case is the first conviction that the newly formed Conviction Integrity Unit has recommended be reversed.

“We are incredibly grateful to District Attorney Sharen Wilson and her conviction integrity unit, which was cooperative, thorough and committed to reinvestigating this case with fresh eyes,” said Nina Morrison, a senior staff attorney with the Innocence Project, which is based in New York and affiliated with Cardozo School of Law.  “No stone was left unturned in this investigation, and it is because of the Unit’s commitment to seeking the truth that Mr. Nolley’s conviction was reversed today.”

McLane’s body was found brutally stabbed to death in her home on Saturday, December 14, 1996.  Her body was partially clothed, indicating that she had been the victim of an actual or attempted sexual assault.  The murder occurred sometime after she finished her shift at the Advantage Rent-A-Car on Wednesday, December 11th.   The evening of the 11th, Nolley, who was good friends with McLane and had recently hosted her at a Thanksgiving celebration with his fiancée Amy Degeer, visited McLane sometime shortly after 9 PM.  They shared a few beers and smoked marijuana that Nolley, who sold marijuana to supplement his income at a pet supply company, brought with him.  Nolley’s fiancée, Degeer, reported that he returned home at approximately 11:15 PM and there was nothing unusual about his clothing or demeanor when he arrived.  At approximately 11 PM, McLane had a phone conversation with a man living in Salt Lake City who she was dating.  He later described her as having been in “good” spirits.

The following day, a married couple who lived in the apartment complex, heard what they described at trial as “blood-curdling screams” of an adult female coming from the direction of McLane’s apartment at slightly after 3 pm.  Approximately 15 to 30 minutes later, the husband observed an unfamiliar tall white man wearing a black cowboy hat walking out of the breezeway adjacent to McLane’s apartment. A neighbor and maintenance worker also saw a man fitting that description 15 to 20 feet from McLane’s apartment.  Nolley is African American and was working at this time. After she didn’t show up for work on Saturday, December 14, a friend was dispatched to her apartment to look for her and her body was found as well as three bloody knives and piece of paper with a bloody palm print.

Although police were initially convinced that the assailant was likely the male in the cowboy hat who had been observed, Nolley became a suspect because he had called a friend’s pager from McLane’s phone and the friend had responded with message to the victim’s answering machine.  While not initially forthcoming about having seen the victim that evening, Nolley eventually gave a voluntarily statement acknowledging his visit with the victim and explaining that he had initially lied to police because he was afraid to admit that he had sold her marijuana.

Other than a beer bottle (which Nolley had already informed police about) that was found in the victim’s trash containing a fingerprint matching Nolley, there was no physical evidence linking him to the crime.  Nevertheless, he was charged and convicted of the crime based largely on the testimony of three informants.  John O’Brien, who had a long criminal record, claimed that Nolley confessed to him while they were both in the jail law library.  The alleged confession, however, didn’t not match the crime.  O’Brien claimed that the murder was committed in the course of a robbery, but there was no evidence that any of McLane’s property was stolen and police had immediately ruled out robbery as a motive.  Two other witnesses, Jason Vandergriff, a former high school teammate of Nolley’s, and Delinda Garza, Vandergriff’s girlfriend, claimed that he made inclupatory statements and acted suspiciously regarding a pair of bloody shoes.  On the stand, however, Vandergriff acknowledges that Nolley maintained his innocence of the crime, and police never recovered the bloody shoes that Vandergriff and Garza claimed Nolley took great pains to conceal at another person’s apartment.

After his conviction, Nolley sought the help of the Innocence Project, which brought the case to the Tarrant County District Attorney’s conviction integrity unity.  With the support of the D.A.’s office, an expert using new digital technology that wasn’t available at the time of the trial examined the bloody palm print on the paper found on the victim’s body and concluded that it didn’t come from Nolley.  The print also didn’t match to any of areas of McLane’s palm or hand for which “clear and complete impressions were recorded at autopsy,” indicating that she was also likely not the source.  In his writ application filed last month, Nolley argued that this was powerful new scientific evidence that the crime was committed by someone else.  After reviewing the new evidence, DA Wilson’s office agreed that the new print evidence was so significant that it would likely have led the jury to find Nolley not guilty had it been available at his trial.

A review of the prosecutor’s files also revealed critical new information that directly contradicted testimony given by O’Brien and Vandergriff.  With respect to O’Brien, a jailhouse informant, the CIU located numerous documents contained in other files in the District Attorney’s office revealing that O’Brien had been a State informant in numerous other cases, and lied to the jury when he claimed that he had never “snitched” on anyone but Nolley, nor had he even “offered to” do so.  The CIU also discovered that Vandergriff gave starkly contradictory testimony before the grand jury about the inculpatory statement that Nolley allegedly made (telling the grand jury that Nolley had never indicated he had “cut” or stabbed anyone, while claiming he had admitted to doing so at trial).

The parties have also conducted DNA testing of multiple pieces of crime scene evidence using new technology.  Because the DNA testing is ongoing, the court was not asked to rule on the DNA issues in the case until all the testing is completed.

“False informant testimony has contributed to nearly 15 percent of the 341 DNA exonerations, yet there are very few policies in place around the nation to make this deeply flawed evidence more reliable,” said Barry Scheck, Co-Director of the Innocence Project.  “As a leader in wrongful conviction reform, we look to Texas to put meaningful safeguards in place to prevent this evidence from causing further injustice.”

The Tim Cole Innocence Commission  is scheduled meet later this year to address the issue of jailhouse informant testimony and its role in causing wrongful convictions.  The Innocence Project has urged the Commission to consider, among other things, how prosecutors’ offices can develop systems to make sure that exculpatory information which effects the credibility of a jailhouse informant (called “impeachment” information) is shared among prosecutors in an office and is turned over to the defense in a timely fashion.  In Nolley’s case, the undisclosed information was not contained in the DA’s trial file and the state has indicated that it does not believe that the prosecutors in the Nolley case knew about it at the time.  Under Texas law, however, the state is obligated to turn over any such information known to any prosecutor or other state official.

In today’s proceeding, Tarrant County District Judge Louis Sturns issued findings of fact and conclusions of law, and recommended that Nolley’s convictions be overturned.  Specifically, the court found that based on the new palm print evidence, Nolley is entitled to relief under a new statute enabling the wrongly convicted to challenge their convictions based on advances in science and technology.  At the time of Nolley’s trial, the print was not suitable for comparison.  The court also found that the conviction should be reversed based on the failure of the prosecution to disclose exculpatory information regarding the informants. These findings will now go before the Texas Court of Criminal Appeals for review.

“Advances in science and technology are helping to make criminal prosecutions more accurate,” said Reagan Wynn, who served as local counsel for Nolley.  “Mr. Nolley’s case affirms the Texas legislature’s decision to recognize that these same advances can be meaningful in exposing injustice where that advanced technology wasn’t previously available, by giving the wrongly convicted a way to get back into court and present that new evidence.”

Nolley was surrounded by family members and local exonerees when he was released from custody for the first time in 19 years.  His family members present included his sister, a nurse in Tarrant County; his two grown sons, who were toddlers when he went to prison; and two grandchildren.