Ron Jacobsen Is Exonerated After 30 Years of Wrongful Conviction

Mr. Jacobsen had been awaiting a retrial at home in New York since November, despite DNA evidence proving his innocence. 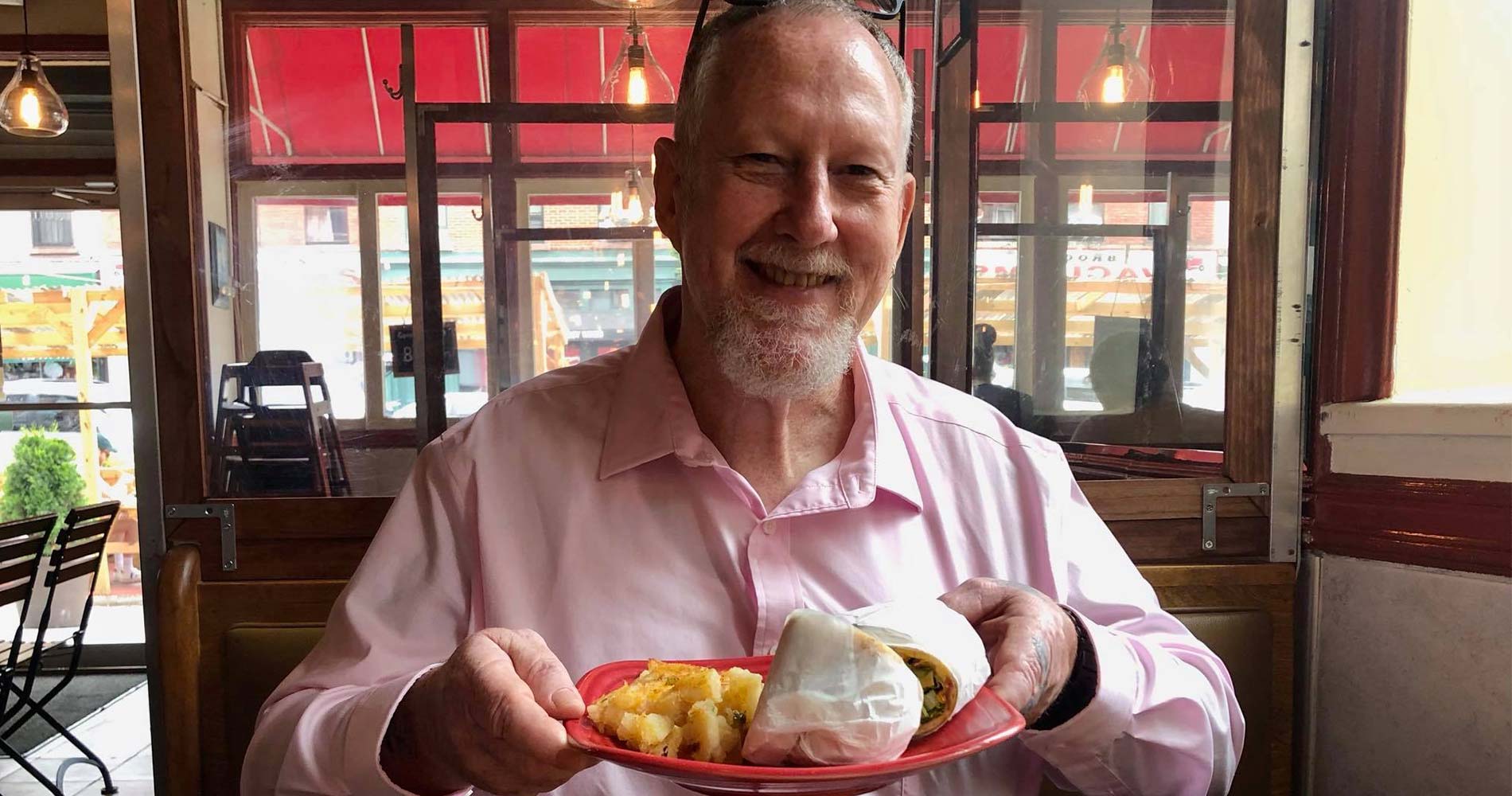 (August 27, 2021 – Newton County, Georgia) The Newton County District Attorney’s Office has dropped all charges against Ron Jacobsen, who spent 30 years in prison for a crime he did not commit. Mr. Jacobsen was released from prison on Nov. 4, 2020, on $500,000 bail, after DNA testing proved his innocence. Mr. Jacobsen had been wrongfully convicted of a 1990 kidnapping and rape in Covington, Ga.

After being freed, Mr Jacobsen, a native New Yorker, immediately returned to his home state to reunite with his sister. For the last 10 months, he has been confined to her home, awaiting a potential new trial. Today, in response to the dropped charges, Mr. Jacobsen told the Innocence Project, “Thirty years ago, I was called a liar for proclaiming my innocence at trial. Today, I have my freedom by the overbearing proof of my innocence of this crime which I was convicted of, sentenced to life for, and ultimately justice prevailed through the tireless work and efforts of Vanessa Potkin and the Innocence Project. I have my life back and words can’t do justice to my gratitude and appreciation to everyone at the Innocence Project. Thank you.”

Help Ron rebuild his life, check out his wish list.

“The District Attorney’s Office fought DNA testing in this case and then opposed a new trial even after DNA testing excluded Mr. Jacobsen as the assailant. It later fought to keep him in jail after his conviction was vacated, claiming that it would retry him for over two years in spite of the exonerating DNA evidence,” said Vanessa Potkin, Mr. Jacobsen’s Innocence Project attorney. “The District Attorney’s Office’s claim that Mr. Jacobsen was too dangerous to be released on bail while awaiting a retrial, but could walk free immediately if he pleaded guilty, is unconscionable. It also demonstrates how plea bargains can be used coercively to obtain and uphold convictions without truth or fairness. Not everyone is able to do what Mr. Jacobsen did — reject an opportunity to walk out of prison after 30 years of wrongful incarceration, knowing he could be imprisoned months or years more and that COVID-19 was spreading rapidly through jails. Ron’s perseverance and fortitude has enabled him to finally get justice.”

In 1990, when a woman was kidnapped and raped in Covington, Ga., Mr. Jacobsen was nearly 200 miles away with his fiancée and her family. The survivor initially told police the man who attacked her was a stranger, but she later identified Mr. Jacobsen, whom she had briefly dated several months prior, as her assailant.

In 2017, Mr. Jacobsen’s legal team secured DNA testing of crime scene evidence which excluded him as the attacker. In spite of this evidence, the District Attorney’s Office refused to vacate the conviction. After litigation in the trial and appellate courts, Mr. Jacobsen’s conviction was overturned in February 2019.

Rather than dismiss the charges, the Newton County District Attorney’s Office announced it would re-try Mr. Jacobsen and opposed his release on bail. In April 2019, the Innocence Project filed a motion for Mr. Jacobsen to be released on bond as he awaited retrial. The district attorney then offered Mr. Jacobsen a deal — if he pleaded guilty, he could be released immediately with time served. Mr. Jacobsen refused, maintaining his innocence as he had for the past three decades. The court set bail at $500,000 — which would have made his pretrial release impossible, but 1,300 supporters secured his release by contributing to his family’s fundraiser.

“Ron’s strength and dignity are an inspiration. While we are thrilled for him, we must not forget that he should never have had to endure such tragedy in the first place,” said Clare Gilbert, Executive Director of the Georgia Innocence Project. “We must learn from these injustices and our criminal legal system’s often unwavering fixation on finality. The criminal legal system is not perfect, and when miscarriages of justice occur, the State must correct them quickly, ensuring convictions have integrity and that no one is too late for justice.”

Innocent people who have inadequate defense representation are more likely to be wrongly convicted or plead guilty to crimes they did not commit. Before trial, Mr. Jacobsen’s attorney failed to investigate an alternate suspect that the rape survivor had mentioned to police. The jury never learned that the woman had given multiple statements to police implicating another unknown person as her attacker. Mr. Jacobsen’s case is just one of many that exemplifies the dire consequences of an ineffective investigation.

In 2019, after nearly 30 years wrongfully incarcerated, Mr. Jacobsen was faced with the choice of pleading guilty and immediately regaining his freedom, or awaiting a retrial behind bars, with the possibility of spending the rest of his life in prison if he lost. Mr. Jacobsen refused to admit to a crime he did not commit. Exercising his right to a trial by jury to prove his innocence carried a potentially far greater punishment than accepting a deal based on a lie. Yet, as he insisted even prior to his release in 2020,  “I have to see my case through to the end, either by a jury finding of ‘not guilty’ or the charges being dropped. There’s no other solution when I’m innocent.”

The plea bargain system in America currently has no regard for innocence. Prosecutors use plea deals to secure convictions, often regardless of the truth. Many innocent people faced with a plea deal that assures a substantially reduced sentence or freedom decide to accept the guilty plea rather than gamble with the possibility of decades, or even death, in prison. Since 1989, 11% of the nation’s 375 DNA-based exonerations have involved people who pleaded guilty to serious crimes they did not commit. According to the National Registry of Exonerations, 591 of the 2,849 known exonerees (whose innocence was proven either by DNA or other means) pleaded guilty. The guilty plea problem doesn’t occur just at the front-end of the system. Like Mr. Jacobsen, it also occurs after people have taken the extraordinary step of demonstrating — through solid evidence and often decades in prison — that they are, in fact, innocent.