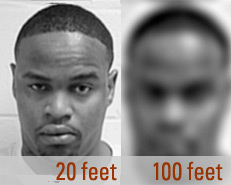 A New Jersey judge yesterday denied Innocence Project client Darrell Edwards a new trial despite DNA test results and other strong evidence proving his innocence. The Innocence Project plans to appeal the decision on his behalf.

Edwards was convicted of a 1995 Newark, New Jersey, murder he has always said he didn’t commit. DNA testing was completed in 2007 on a sweatshirt allegedly worn by the perpetrator and the gun used in the murder. A major male profile and two minor profiles were developed from skin cells and sweat left behind on the items, and none of these profiles matched Edwards.

Additional new evidence uncovered by the Innocence Project strongly points to Edwards’ innocence. One of the state’s two main eyewitnesses testified at Edwards’ trial that she had seen him run away from the crime scene and dispose of the gun and sweatshirt. She said she saw the man at night, from a porch 271 feet away. Since trial, she has recanted her identification, saying she was “just guessing” and that she had been influenced by police officers. She also said she was high on heroin, drinking alcohol and was not wearing her prescription eyeglasses.

In addition, new scientific evidence presented to the judge by the Innocence Project proves that facial identification of an acquaintance is not possible from 150 feet in daylight – let alone identifying a stranger from 271 feet at night. See the image above for a representation of a person’s face at 20 feet and 100 feet.

Edwards' primary lawyer from the Innocence Project, Vanessa Potkin, said Casale was wrong and she planned to appeal.

"The evidence shows that he was wrongfully convicted and he's entitled to a new trial," she said. "The totality of the evidence points to Darrell Edwards' innocence and that the crime was actually committed by someone else."