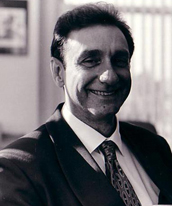 and Innocence Project Co-Director Peter Neufeld appeared on NPR’s Weekend Edition to discuss how unreliable hair comparison in Fritz’s case contributed to his wrongful conviction. Fritz described the testimony of the forensic analyst:

“Before the jury, he more or less kind of mesmerized them with language that they couldn’t understand, you know, charts and graphs. And it was way over their head but it sounded, you know, to them, very, very extremely scientific. This hair expert was actually using the word match in my trial. Even at that time that was not allowed.”

Fritz, along with co-defendant Ron Williamson, was convicted in 1988, in Pontotoc County, Oklahoma, of the murder of Debra Sue Carter and sentenced to life in prison. Williamson was sentenced to death. Both men were exonerated and released in April 1999 after being cleared by DNA testing that implicated the actual perpetrator.

about the review of hair anaylsis cases.