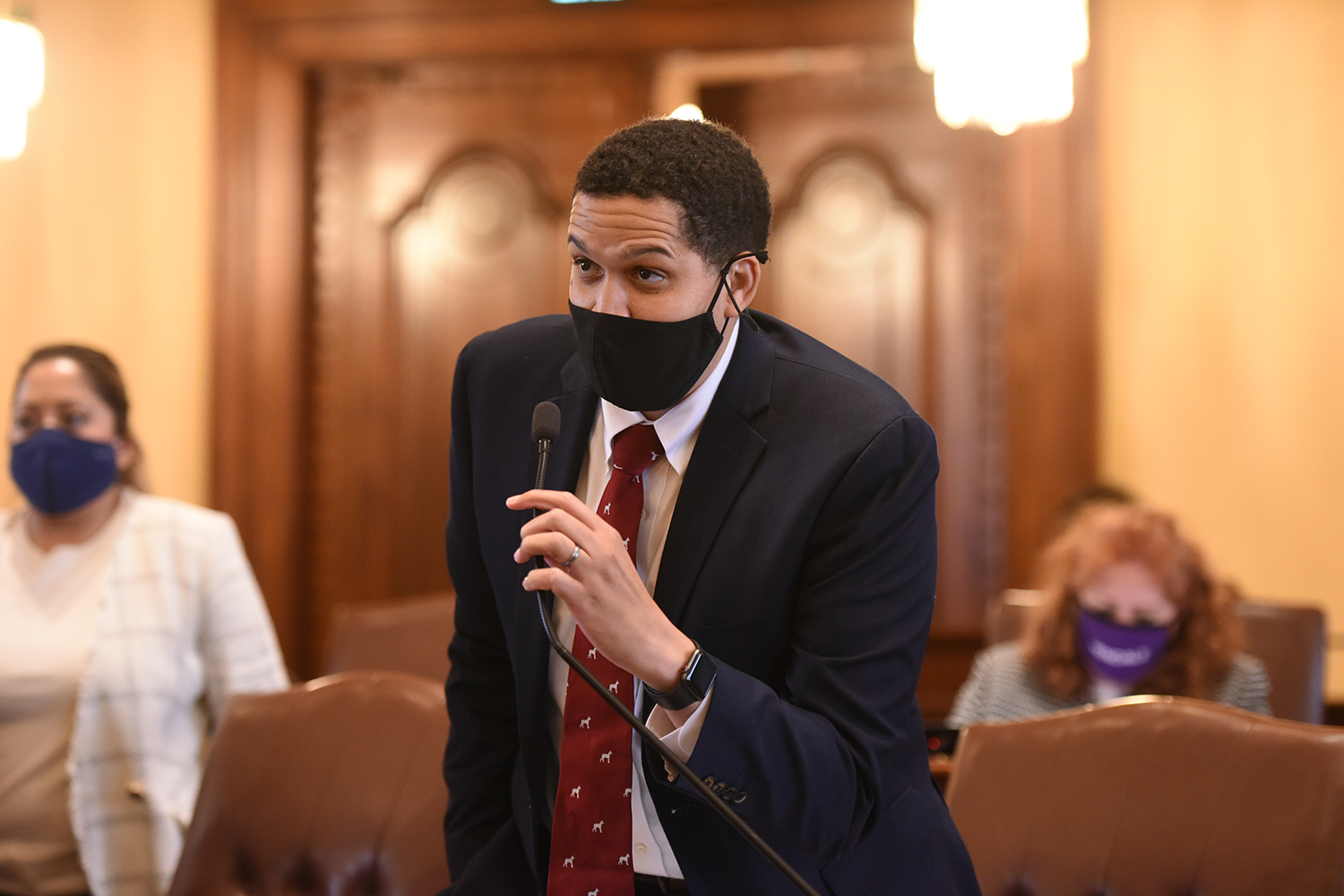 (Springfield, IL – May 30, 2021) On Sunday, Illinois became the first state ever to pass legislation prohibiting law enforcement officers from using deception while interrogating people under the age of 18. The bill bans commonly used deceptive interrogation tactics, including making false promises of leniency and false claims about the existence of incriminating evidence. Both of these tactics have long been identified as significantly increasing the risk of false confessions, which have played a role in about 30% of all wrongful convictions overturned by DNA. False confessions are also the most frequent contributing factor in wrongful conviction cases involving homicides. And recent studies suggest that children under 18 are between two and three times more likely to falsely confess than adults.

This legislation is rooted in the work and expertise of the Innocence Project, the Illinois Innocence Project, the Office of Cook County State’s Attorney Kim Foxx, and the Center on Wrongful Convictions at Northwestern University School of Law, which collectively have exposed hundreds of wrongful convictions based on false confessions. The bill, originally sponsored and championed through the leadership of State Senator Robert Peters (D-13th District) and State Representative Justin Slaughter (D-27th District), garnered support from law enforcement organizations, including the Office of Cook County State’s Attorney Kim Foxx, the Illinois Chiefs of Police, and the Illinois State’s Attorney Association. It is because of this powerful coalition that the bill passed the Illinois General Assembly with near-unanimous bipartisan support.

“The Innocence Project’s initial foray into false confession reform was mandating the electronic recording of interrogations — a foundational change that makes a record of what transpires in the interrogation room. Now that more than half the states have implemented this reform, we have also turned our attention to interrogation methods employed by law enforcement,” said Rebecca Brown, director of policy at the Innocence Project. “This historic legislation — the first of its kind to pass a state legislature — is a breakthrough in safeguarding against the wrongful convictions of young people. It is far more likely than one might think for someone, particularly a child, to confess out of fear, coercion, or desperation when deceptive tactics are used during an interrogation.”

Senate Bill 2122 was sponsored by Senator Peters, whose district was previously represented by President Barack Obama, who had sponsored the law in Illinois requiring the recording of interrogations in 2003. “Chicago is the wrongful conviction capital of the nation, and a disproportionate number of wrongful convictions were elicited from Black youth by police who were allowed to lie to them during questioning,” said Senator Peters. “That ends now. It’s time to restore real safety and real justice to our communities and end practices that perpetuate trauma and put the wrong people in prison.”

In the Illinois House, the bill was originally sponsored by Representative Slaughter, who said, “I’m incredibly proud of the coalition we built to end deceptive interrogation tactics that harm Black and brown youth in our communities. With our state’s long history of false confessions, the coalition’s work in passing this bill is rooted in the need to lead with truth in justice. Though we have a lot more work to do, I hope with this measure we can begin rebuilding trust with those sworn to protect our communities.”

The newly passed bill follows recommendations made by the International Association of Chiefs of Police and global police training organizations, including leading firm Wicklander-Zulawski & Associates, Inc. It passed the Illinois Assembly with widespread support, passing the Senate 47-1 and the House 114-0.

“The history of false confessions in Illinois can never be erased, but this legislation is a critical step to ensuring that history is never repeated,” said Cook County State’s Attorney Kim Foxx. “I hope this is a start to rebuilding confidence and trust in a system that has done harm to so many people for far too long. I commend Senator Peters, Representative Slaughter, and an incredible coalition of advocates and law enforcement for championing this bill in the interest of justice.”

“I have spent my career representing children and teenagers who falsely confessed to crimes they didn’t commit, including 16-year-old Brendan Dassey, whose story was told in the Netflix series Making a Murderer,” said Laura Nirider, co-director of the Center on Wrongful Convictions at Northwestern University Pritzker School of Law, who consulted as an expert on the bill. “This bill is the first of its kind in the country that is directly targeted at reducing the likelihood of future false confessions, so that we don’t have more Brendan Dasseys. I’m proud that Illinois has shown such leadership in passing this historic reform.”

“Our criminal justice system should not be guided by a conviction, but rather it should be guided by the advancement of the truth,” said House Minority Leader Jim Durkin (R-82nd District). “Deception can never be utilized under any condition in our criminal justice system and particularly against juveniles. I say this as a lawyer, legislator and former prosecutor.” In addition to Leader Durkin, Republican State Senator John Curran (R-41st District) was a vocal supporter of the bill.

“In Illinois alone, there have been 100 wrongful convictions predicated on false confessions, including 31 involving people under 18 years of age,” said Lauren Kaeseberg, legal director at the Illinois Innocence Project based at the University of Illinois Springfield. “Today, we have taken a critical step in changing the trajectory of false confessions and the subsequent wrongful convictions that we have seen as a result of deceptive interrogation tactics. Our state has been known for too long as the ‘false confession capital of the world,’ and we are proud to see Illinois take a leading role in reforming this outdated practice.”

This legislation would encourage law enforcement members to adopt alternative interrogation techniques commonly used in countries, like the United Kingdom, where deceptive tactics have long been abandoned. These alternative methods have proven far more effective in producing reliable confessions from suspects. Yet, the vast majority of police agencies in the United States currently employ the psychologically coercive, but legally permissible, interrogation techniques that this bill would prevent when interrogating juveniles in Illinois.

“Lying to get someone to confess is not only unethical, but contradictory and ineffective,” said Dave Thompson, CFI, and president of Wicklander-Zulawski. “The passage of this bill is a huge step forward in achieving more accurate and less harmful outcomes by using non-confrontational, morally sound techniques to mitigate false confessions. It will also go a long way in fostering trust between law enforcement and the community.”

Bills addressing deceptive interrogation practices and the reliability of confessions have also been introduced in both New York and Oregon. Just last week, the Oregon proposal passed the full Senate and is now heading to the House. The New York proposal, which would ban deception not only for young people, but also for adults, is still pending — in New York alone, there have been 43 known false confession cases, including the so-called Central Park Five, who are now known as the Exonerated Five.