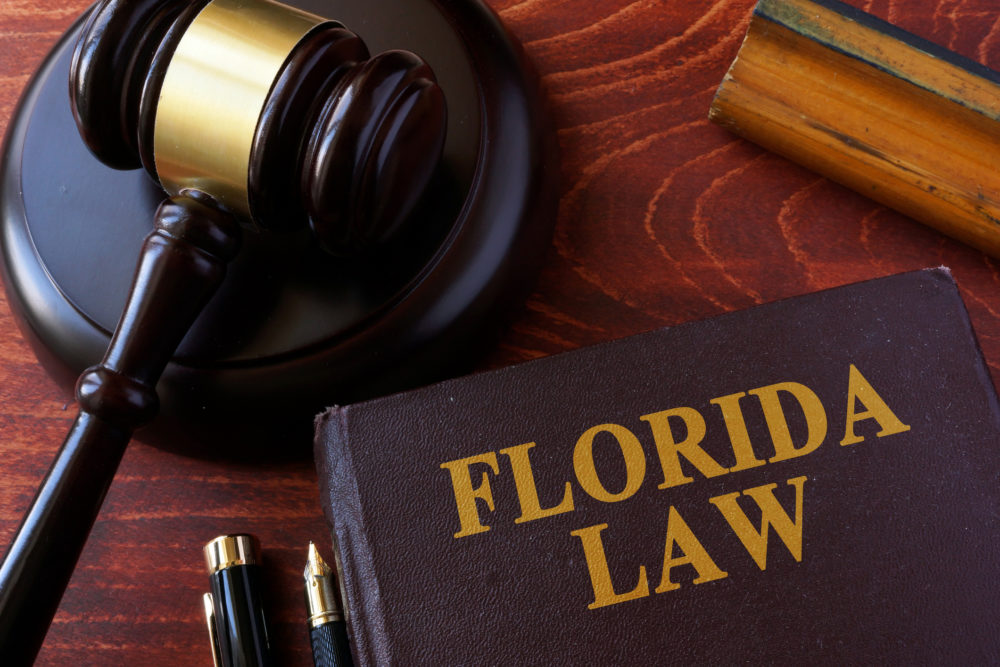 Book with title Florida law and a gavel.

Earlier this month, Florida Governor Rick Scott signed into law two criminal justice reform bills—one which will aim to prevent further wrongful conviction and another that will make compensation more accessible for those who have suffered such injustices.

According to the Tallahassee Democrat, one of the laws that Scott passed was the Eyewitness Identification Reform Act, which was sponsored Senator Dennis Baxley (R-Ocala) and Representative Gayle Harrell (R-Stewart). Among the best practices that will be mandated under the law will be education for law enforcement who conduct lineups, so to prevent them from influencing eyewitnesses’ identifications.

Executive Director of the Florida Innocence Project Seth Miller said about the new law: “It’s really important with the passage of this that we have uniform practices with reliable outcomes. It’s going to diminish the number of times people are misidentified.”

The second law that was passed is an amended version of the 2008 Victims of Wrongful Incarceration Act. It increases eligibility for compensation for more people who’ve been exonerated on wrongful convictions.

Previously, individuals with prior felony charges could not receive compensation for any unrelated wrongful convictions in Florida. Consequently, the Democrat reports, that according to the National Registry of Exoneration, only seven out of the 63 people who’ve been exonerated of wrongful convictions in Florida have received compensation. Now, the new law—which was passed unanimously—says that exonerees are eligible as long as they have one or fewer nonviolent felony charges.