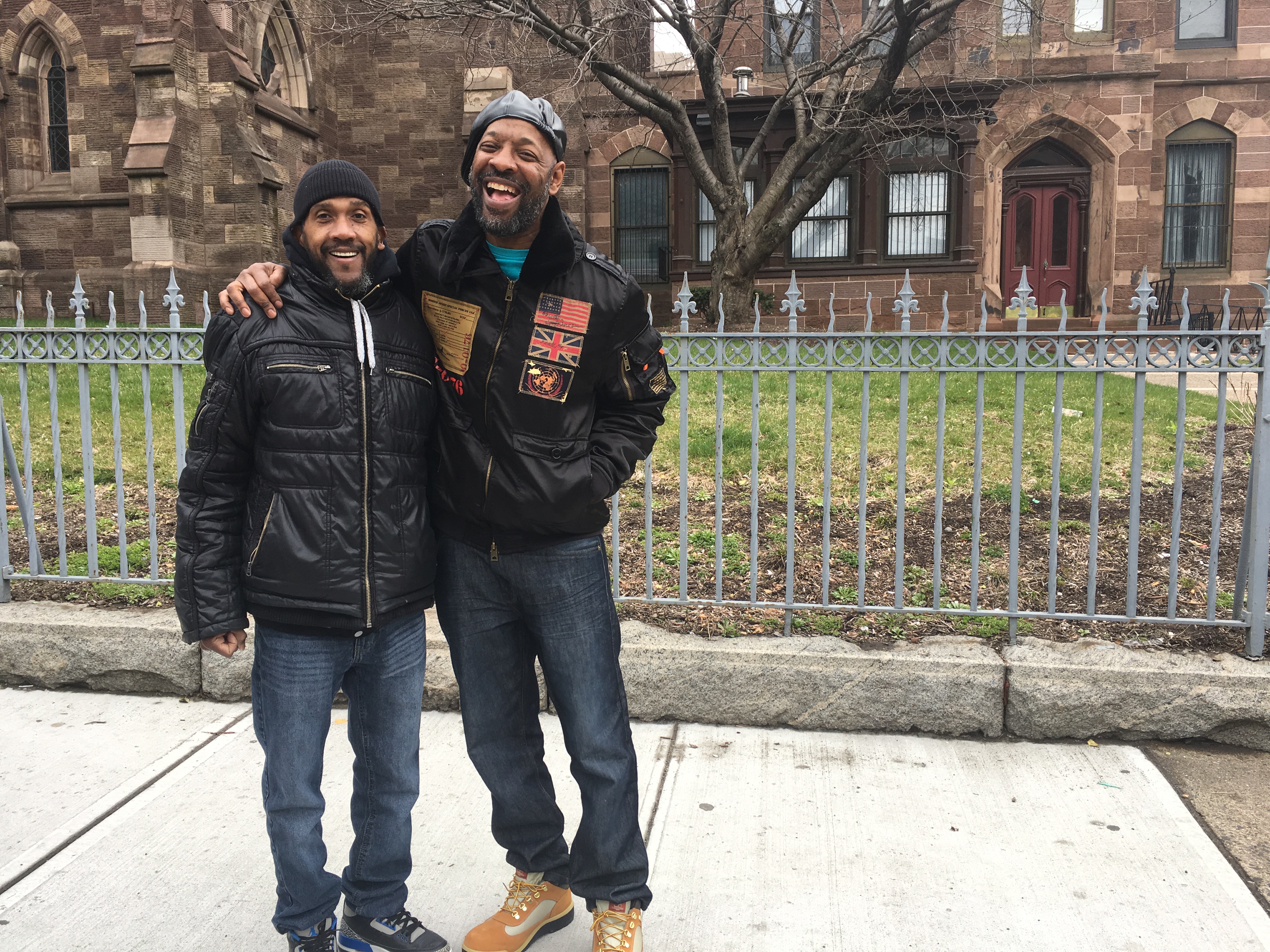 Ralph Lee and Eric Kelley moments after their exoneration on April 6, 2018.

(Paterson, NJ – April 6, 2018) Today, Innocence Project client Eric Kelley and Centurion client Ralph Lee were exonerated of their 1996 felony murder and robbery convictions, marking the end in their fight for justice of more than 24 years.

Related: Eric Kelley and Ralph Lee Walk Out of Prison After 24-Year Fight for Freedom

In September 2017, a New Jersey Superior Court Judge vacated the convictions based on DNA evidence identifying another suspect. The post-conviction DNA testing of a hat recovered at the scene that the prosecution long maintained had been worn by the assailant excluded both Kelly and Lee and matched to another man who had recently been released from prison for committing a similar crime.

Kelley and Lee were released on bail shortly after, with the prosecution appealing both the decision and their release. However, in March 2018, the Superior Court of New Jersey Appellate Division unanimously affirmed the decision by Paterson Superior Court Judge Joseph Portelli vacating the convictions.

“Today was an unexpected, but a long-awaited victory for Eric Kelley and Ralph Lee. We went into court for a routine appearance and to our surprise the state announced it was dismissing the charges. We’ve had the DNA evidence excluding Mr. Kelley and Mr. Lee, and identifying an alternate suspect since 2014. It was unexpected but three years overdue,” said Vanessa Potkin, Post-Conviction Litigation Director at the Innocence Project, which is affiliated with Cardozo School of Law.

Kelley and Lee were convicted of the 1993 murder of Tito Merino based largely on contradictory statements they made to police after the police took them into custody. At the Paterson detective bureau, the two were interrogated separately for several hours. Kelley, who suffers from significant cognitive impairments because of a brain injury from a car accident and has difficulties processing information, was interrogated first and allegedly admitted to the crime.

“We hope this case will spark changes in how prosecutors in New Jersey respond to potential wrongful conviction cases. New Jersey has been a leader when it comes to adopting reforms aimed at preventing wrongful convictions, but when it came to the individual cases of Mr. Kelley and Mr. Lee, we encountered unjustified and unrelenting resistance,” added Potkin. “Rather than investigate the person whose DNA was found at the scene, the prosecutors chose to bury their heads in the sand and cling to the conviction. The trial court and appellate court recognized not only the power of the new DNA evidence here, but also the problem of false confessions, mistaken identification, and law enforcement tunnel vision – leading causes of wrongful conviction.”