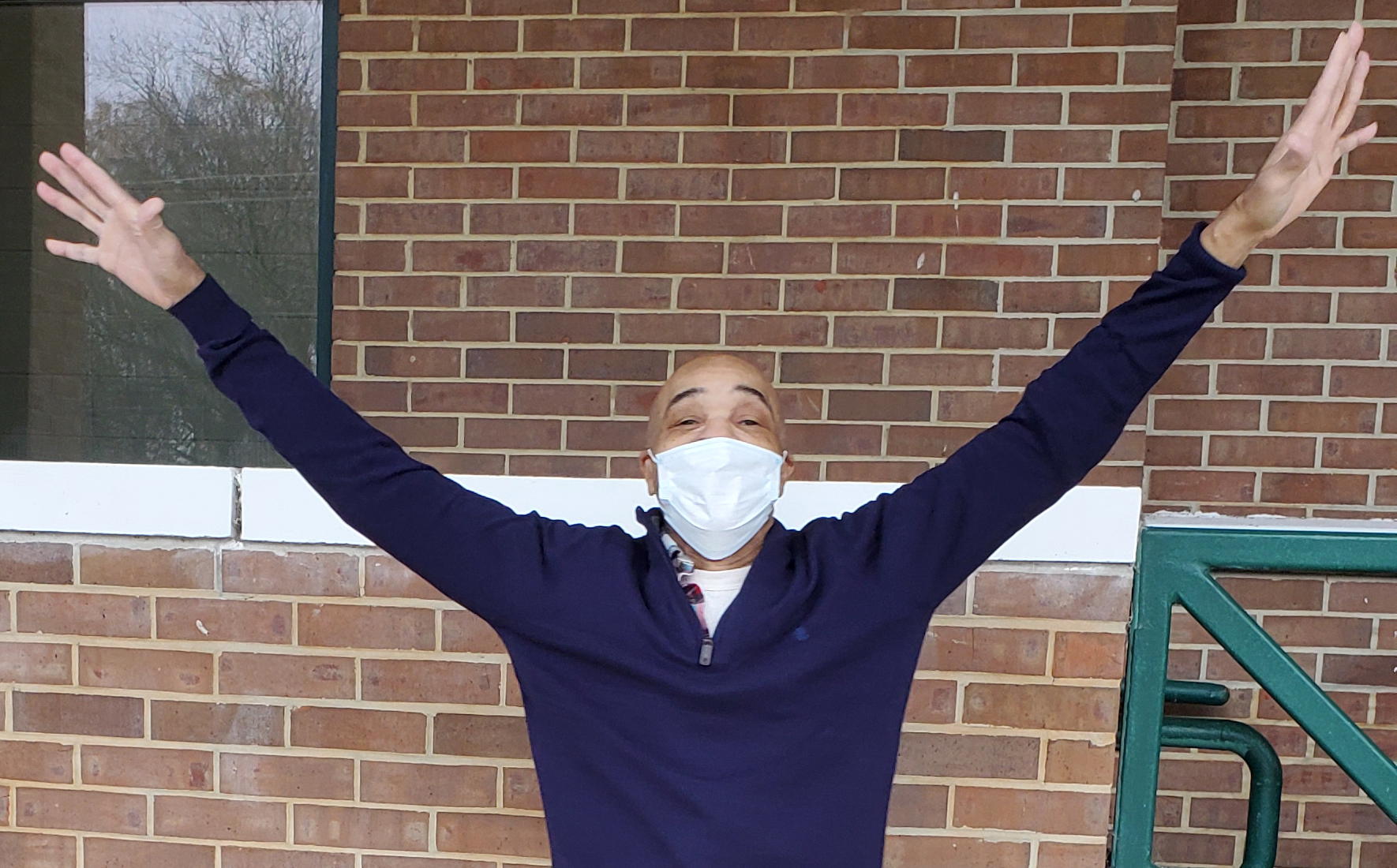 (Columbus, MS) Eddie Lee Howard was exonerated on Friday, January 8, 2021, marking the end of his 26-year fight for innocence. Mr. Howard, a Black man, was sentenced to death in 1994 after being wrongfully convicted of murdering an elderly white woman in Columbus, Mississippi, based almost entirely on now discredited bite mark evidence. New forensic opinion regarding bite marks and powerful alibi witnesses, along with DNA testing of crime scene evidence, including blood and DNA from the murder weapon, excluded Mr. Howard, proving his innocence. He was released from Mississippi’s death row in early December 2020 ahead of today’s ruling.

Support Mr. Howard as he rebuilds his life with a donation to his personal fundraiser

In a landmark decision on August 31, the Mississippi Supreme Court vacated Mr. Howard’s conviction and death sentence, recognizing that his case rested on the debunked technique of bite mark comparison. As the Court noted, an “individual perpetrator cannot be reliably identified through bite mark comparison,” yet bite mark comparison was “the State’s most important evidence at Howard’s trial.” From the time he took office, District Attorney Scott Colom paid close attention to Mr. Howard’s case and the issues raised around forensic science and the fairness of the system. He then studied the recent Supreme Court decision and thoroughly reviewed and reinvestigated the evidence. His decision not to retry this case is the correct one and finally ends Mr. Howard’s wrongful conviction nightmare.

“I want to say many thanks to the many people who are responsible for helping to make my dream of freedom a reality,” said Mr. Howard. “I thank you with all my heart, because without your hard work on my behalf, I would still be confined in that terrible place called the Mississippi Department of Corrections, on death row, waiting to be executed.”

The Role of Unreliable Forensic Evidence

“The Mississippi Supreme Court has taken a powerful stance in rejecting junk science as the basis on which to put a man to death,” said M. Chris Fabricant, one of Mr. Howard’s Innocence Project attorneys. “We are thankful that the Court has identified this breakdown in Mr. Howard’s case, ruling that debunked science has no place in our justice system.”

Mr. Howard’s case is a stark example of how unreliable forensic evidence can lead to wrongful conviction. To date, Mr. Howard is one of four Mississippians whose murder conviction has been overturned while serving time on death row as a result of the same discredited and unscientific forensic methods. These cases are, by no means, isolated. Mr. Howard’s case marks the 28th exoneration in the United States based on bite mark comparison.  The Innocence Project, moreover, is currently working on two additional post-conviction death penalty convictions, both of which rely heavily on the use of bite mark evidence and are therefore inherently unreliable.

“Mr. Howard was sentenced to death based on unfounded forensics with no physical evidence or witnesses to the crime,” said Vanessa Potkin, another of Mr. Howard’s Innocence Project attorneys. “Like Mr. Howard, 21 other men and women on death row across the country have had their innocence proven by DNA, including Kennedy Brewer. Mr. Brewer, who is also a Black man, spent 15 years on Mississippi’s death row based on false bite mark evidence. We know there are more innocent people currently on death row pleading for post-conviction relief. The death penalty is the most extreme and irreversible form of punishment. Mr. Howard’s case is a prime example of why we cannot afford to use it when human error is still so prevalent in the criminal justice system.”

Mr. Howard’s wrongful conviction involves a host of other troublingly common factors — including a failed police investigation and racial bias.

From the beginning of the case, the Lowndes County police lacked any credible suspects and arrested Mr. Howard without any documented, reasonable suspicion. Mr. Howard had several alibi witnesses at the time of the crime, but at trial, the State used “expert” arson testimony to narrow the timeframe in which the murder could have taken place, undermining Mr. Howard’s alibi evidence. A representative from the Columbus Fire Department testified that the two fires set in the victim’s house had “smoldered” for four to six hours before the fire department responded. However, based on recent analysis of the available records and trial testimony, John Lentini, one of the country’s top arson investigators, concluded that this testimony — specifically the burn time — had “no basis in known data, research or science.” He further explained, “There is no way that any competent fire expert would opine that the fires burned for longer than an hour.” The victim was likely killed within an hour of the fire’s discovery, when Mr. Howard was at his sister’s house with multiple witnesses, each of whom gave consistent versions of Mr. Howard’s whereabouts in the hours before and after the crime.

Of the 375 DNA exonerations recorded in the United States since 1989, 225 are Black. Decades of robust data analysis establish that the race of a victim profoundly influences the likelihood of the accused being charged with capital murder and receiving the death penalty. For example, according to the 2017 National Registry of Exonerations report, Race and Wrongful Conviction in the United States, Black defendants are more likely to be wrongfully convicted of murder when the victim(s) are white. Only about 15 percent of murders committed by Black individuals have white victims, but 31 percent of wrongfully convicted Black murder exonerees were convicted of killing white people.  As the Death Penalty Information Center reported last year, in Enduring Injustice: The Persistence of Racial Discrimination in the U.S. Death Penalty, national homicide and execution data between 1976 and 2014 indicate that defendants convicted of killing white people are over four times more likely to be executed than those convicted of killing Blacks. The fact that Mr. Howard was wrongfully convicted and sentenced to death for the murder of a white woman highlights the deep racial disparities in the administration of justice and use of the death penalty in the United States.

Mr. Howard walks free today, 26 years after he was first wrongly incarcerated on death row at Parchman Farm — a former slave plantation turned prison, and one of the most dangerous and brutal facilities in the United States.

“This is such a bitter sweet victory,” said Tucker Carrington of the Mississippi Innocence Project. “We’re thrilled that Mr. Howard will finally have his freedom and some semblance of justice but he has lost nearly three decades of his life facing execution because the system failed. His case reminds us that there is still much work to be done to support Mr. Howard and others like him who have lost precious years of their lives to wrongful convictions.”

Mr. Howard is represented by Tucker Carrington of the Mississippi Innocence Project, and M. Chris Fabricant, Vanessa Potkin, Peter Neufeld and Dana Delger, all of the Innocence Project, which is affiliated with the Benjamin N. Cardozo School of Law at Yeshiva University.