Brown is one of eight people whose story is featured in the Netflix docuseries “The Innocence Files". 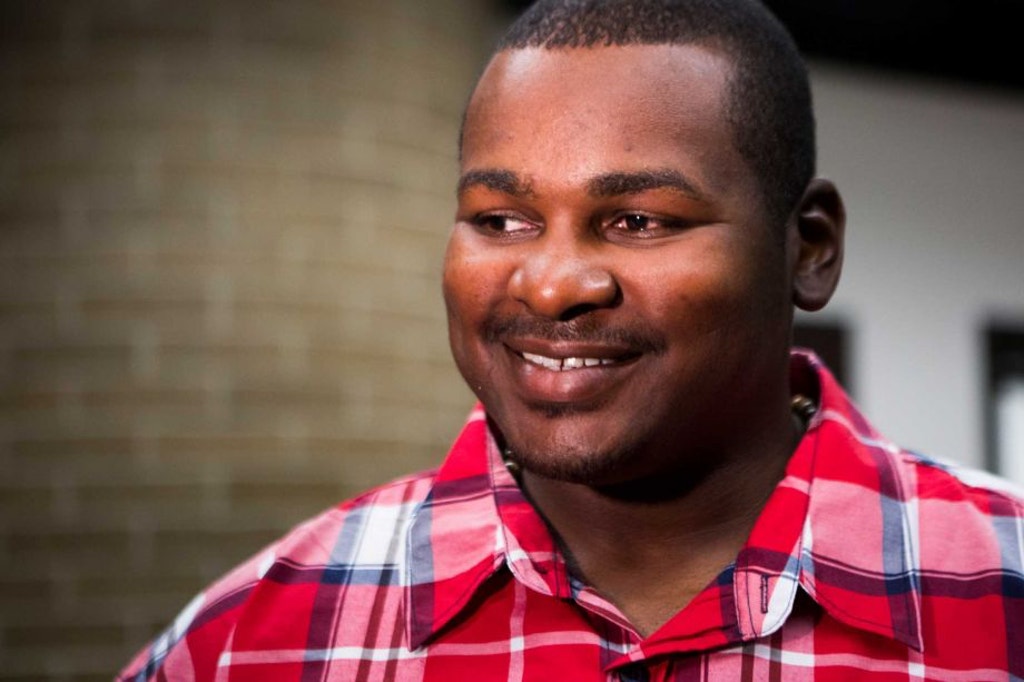 Glaspie pled guilty to armed robbery in exchange for a 30-year prison sentence. He testified against both Brown and Joubert, and told police that Brown had shot the police officer. Brown and Joubert were convicted in separate trials in Harris County Criminal District Court and both sentenced to death.

Multiple witnesses testified against Brown at trial. An employee of the business next to the check-cashing store testified he was 85 percent certain that Brown was one of the two men in his store prior to the robbery whom he then saw leave and walk toward the check-cashing store. Another witness testified that she’d seen Brown with Glaspie and Joubert earlier in the day and heard Glaspie ask Joubert, “Are you ready to go do this?” And then saw Glaspie loading bullets into a pistol.

Brown’s former girlfriend testified that she’d seen Brown at Glaspie’s and Joubert’s apartment building after the crime. She said he was in a car that matched the description of a car seen fleeing from the crime and that Glaspie and Joubert were standing nearby.

The defense argued that Brown wasn’t involved in the crime and Glaspie was more involved than his testimony suggested.

When Brown was arrested, he told police he was asleep on his girlfriend’s couch at the time of the crime. Brown’s girlfriend, Ericka Dockery, corroborated his alibi at the grand jury proceedings. She also corroborated Brown’s statement that he’d called Dockery from her home phone at the same time police believed he was with Joubert and Glaspie. However, upon being harshly questioned by the prosecutor – that included references to losing her children and going to prison for perjury – Dockery changed her testimony and said that Brown confessed to having committed the crime.

On October 8, 2005, the jury convicted Brown of capital murder. Days later, the jury voted to sentence him to death.

In 2011, attorneys representing Brown arranged for Anthony Graves, a Texas death row exoneree, to interview Dockery, despite her having declined all interview requests for years. During the conversation with Graves and an investigator for Brown, Dockery recanted her trial testimony and said she’d lied because the prosecutor had threatened her. She later signed a sworn affidavit recanting her testimony, stating that she’d felt threatened by the prosecutor.

In 2013, a homicide detective found records from the case in his garage and notified Brown’s attorneys. In the records was a telephone log showing that a call was made from Dockery’s home telephone to her workplace at 10:08 a.m. — just as Brown had said from the beginning. The documents also included a subpoena from the trial prosecutor to the phone company, demonstrating that the district attorney’s office had the critical phone record at the time of trial, but did not turn it over to the defense.

Harris County District Attorney Mike Anderson joined the defense in the filing of a state petition for a writ of habeas corpus. In November 2014, the Texas Court of Criminal Appeals granted the writ, vacated Brown’s conviction and ordered a new trial.

On June 9, 2015, Devon Anderson, wife of Mike Anderson, who in 2013 was appointed to serve out her husband’s term after he died, dismissed the charge based on the prosecution lacking sufficient evidence against Brown, although Houston police continued to contend that he was guilty.

In 2016, Brown’s lawyers filed a request that the state pay nearly $2 million in compensation. In June 2017, he filed a federal civil rights lawsuit against Harris County prosecutors and Houston police.

In February 2019, district attorney Kim Ogg declared Brown factually innocent of the crime, making him eligible for about $2 million in state compensation. In May 2019, Judge George Powell granted Brown a certificate of innocence.

Brown is one of eight people whose story is featured in the Innocence Project-inspired Netflix docuseries “The Innocence Files” now available for streaming worldwide.