Philip and Nathan Barnett were wrongly convicted in West Virginia. 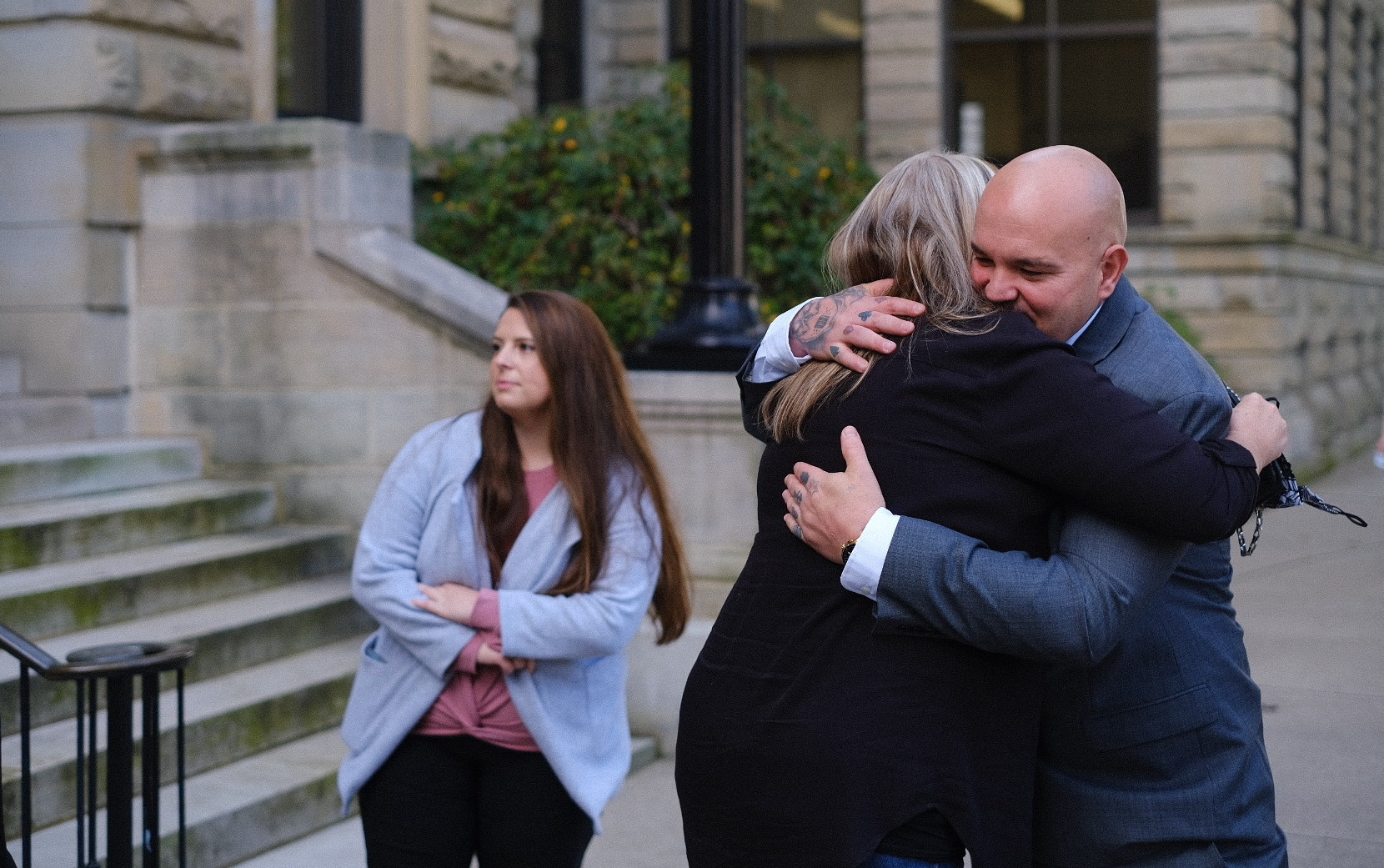 When Philip Barnett learned he was going to be exonerated after more than a decade of wrongful conviction, he decided he needed a new suit.

“I don’t usually spend money like that but I went out and bought a nice suit,” Mr. Barnett said. He knew he wanted to look sharp for his long-awaited day in court, which finally arrived today.

In 2008, Mr. Barnett, his brother Nathan Barnett, their friend Justin Black, and Brian Dement, an aquaintance, were convicted for the 2002 murder of a young woman in Cabell County, W.Va., although no physical evidence connected any of them to the crime. The case had been cold for several years, until police arrested Brian Dement on an unrelated charge in 2007, and interrogated him for eight hours. Mr. Dement, who had a drug addiction at the time, gave three conflicting statements — none of which matched the details of the crime — implicating himself, Philip and Nathan Barnett, and Mr. Black. 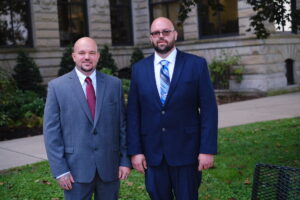 Despite all this, all four men were convicted.

Today, all charges against the Barnett brothers were finally dropped. DNA results from the crime scene evidence had excluded Philip and Nathan in 2018, and Philip was released on bail. Nathan — who is represented by Melissa Giggenbach and Devon Unger of the West Virginia Innocence Project, and Jason Goad of McClure Goad PLLC — had already been released in 2015.

The DNA results matched a different person — a person who had been convicted of sex offenses — and in May 2019, their convictions were vacated. Yet the wrongful conviction continued to hang over them as the State wanted to retry the brothers.

Both men were finally exonerated this morning, bringing their nearly 14-year-long battle to a close.

“As soon as I walked out of the courtroom, everything was different — even the air smelled different,” said Philip Barnett, who is represented by Innocence Project attorneys Adnan Sultan and Tara Thompson, and Rich Weston of Weston Robertson.

The Barnett brothers are now counted among the 547 people in the U.S. who have been exonerated by post-conviction DNA testing and more than 2,000 people exonerated by other means.

“This has been a long time coming. I still haven’t even fully processed it,” said Philip. “I just want to go back to living a normal life again and I want our innocence to be known to anyone who ever doubted us.” 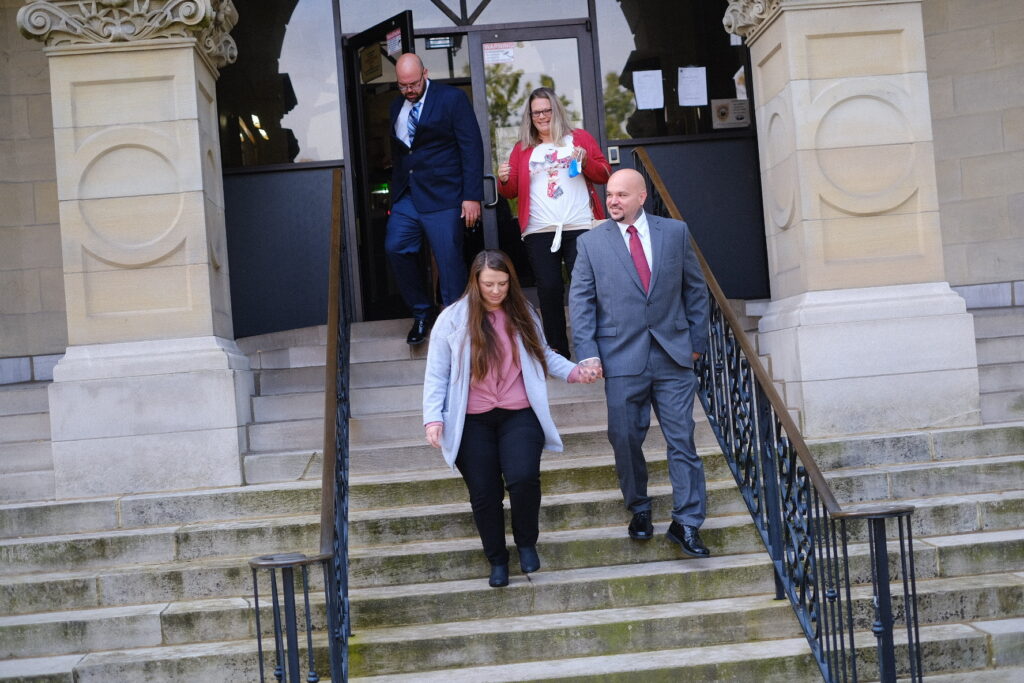 Mr. Black was also released on parole in 2018, while Mr. Dement is expected to be released from prison today.

“I’m glad that this has finally happened for us, but I feel bad for the victim’s family at the same time, they’re having to relive this again and so I just hope that they get justice, as well as us,” Philip added.

Wrongful convictions don’t just impact the innocent people imprisoned for crimes they didn’t commit, they also devastate families — both the families of the wrongly convicted and the victim. This couldn’t have been truer for the Barnett family, who had two sons taken from them by wrongful conviction.

“It’s been hard,” said Tammy Barnett, Philip and Nathan’s mother. “I try to be a positive person, but to think your only two sons were taken in their 20s, a time when they would have been starting to have families and stuff like that. Instead, I spent all that time worrying about what would happen to them in prison, and hoping that they would come out.”

Support Philip as he rebuilds his life

Ms. Barnett said she’s looking forward to helping pick up the pieces of her family and their future.

“Although some scars will never heal, we are excited to finally move forward in trying to live a more normal, peaceful and happier life — something most people take for granted. We have a lot to make up for,” she said.

Philip Barnett said he hopes that with his wrongful conviction now behind him, he’ll be able to pursue better employment (he was previously rejected from certain jobs due to his record) and return to old hobbies. In particular, Philip wants to be able to go target shooting with his brother Nathan, a hobby they previously shared, but have been precluded from enjoying because their convictions prohibited them from having firearms.

Though he’s spent years dreaming of his exoneration, Philip said now that it’s here, he’s not sure how he’ll celebrate — he almost never expected this day to come. One thing he’s certain of is that the celebration will include his children, who were very young at the time of his wrongful conviction. In fact, his daughter was born while he was in jail before he was sentenced.

As an exoneree, Philip wants to be able to share his story with the world.