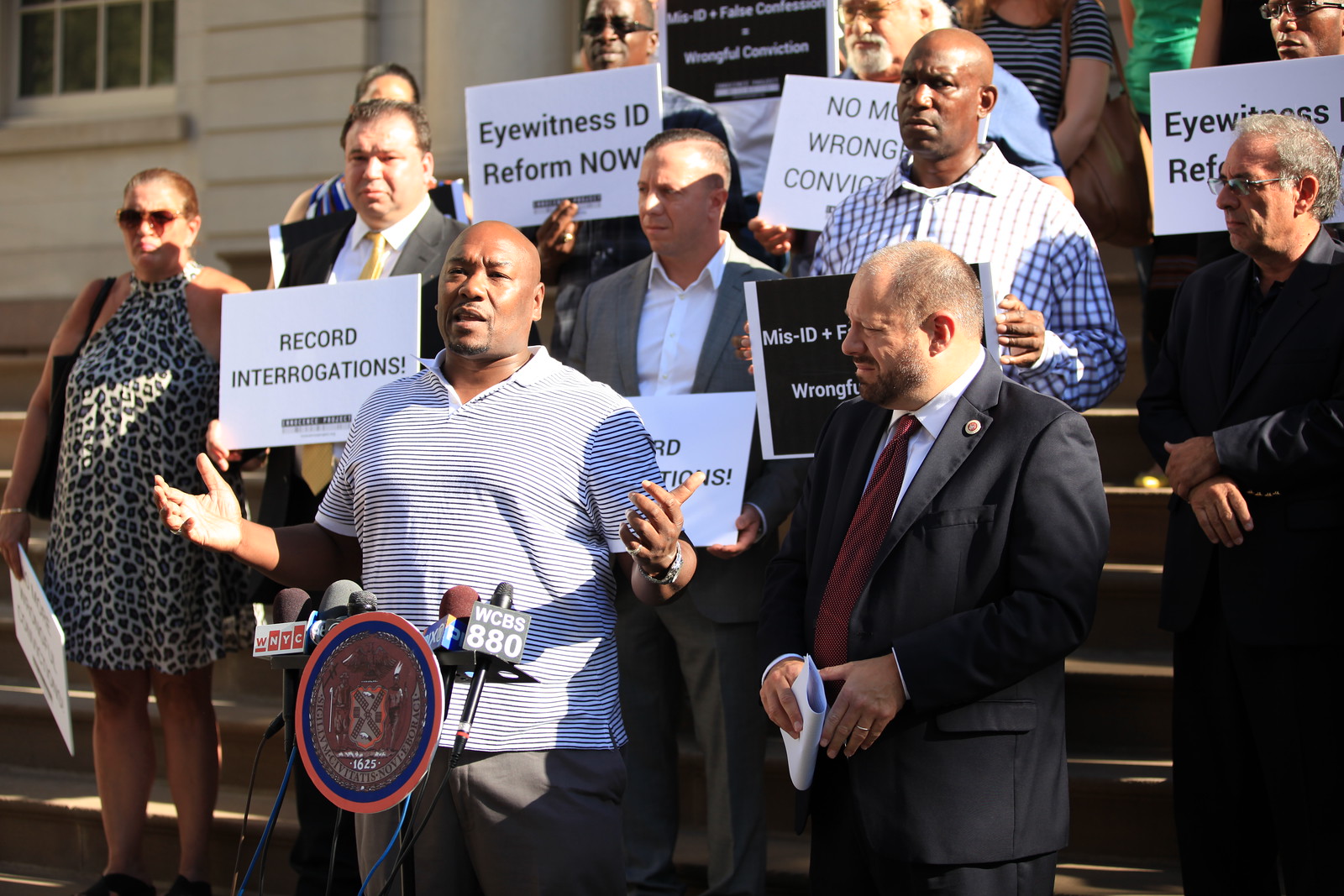 Numerous wrongfully convicted New Yorkers attended a press conference and New York City Council committee hearing today to hear firsthand from the NYPD whether it is requiring the recording of interrogations in entirety and eyewitness identification best practices. The NYPD was invited to a joint hearing of the Committees on Public Safety, Courts and Legal Services, but did not attend.

It remains unclear as to whether the department has mandatory policies to protect against false confession and recording of interrogations, top contributors to wrongful conviction in New York State and New York City. During the press conference prior to the hearing, numerous wrongfully convicted men and their families shared stories of the nightmare they endured with wrongful conviction. Their stories were moving, as were their impassioned calls for the NYPD to implement reforms so that no additional New Yorkers have to experience wrongful conviction. Unfortunately, their calls for more information regarding the status of these reforms went unanswered. Sharonne Salaam, mother of Central Park 5’s Yusef Salaam, speaks out at NYC City Hall. “The only way to correct it is to record interrogations,” she said. Photo by MatteDesign. Shabaka Shakur speaks on the horror of his wrongful conviction and considers himself one of several “victims” of disgraced detective Louis Scarcella. Photo by MatteDesign. “I don’t want to come to another one of these things — wrongful conviction must stop today,” exoneree Marty Tankleff said. Photo by MatteDesign. Johnny Hincapie was freed in Oct. 2015 for a murder he did not commit after 25 years in prison. Photo by MatteDesign. Alan Newton was exonerated after 21 year in prison. Photo by MatteDesign.