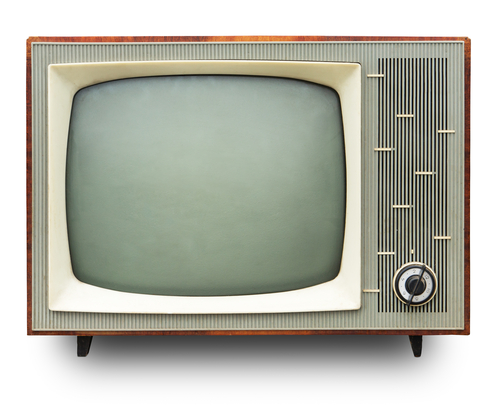 Do you want to know more about wrongful conviction, but you’re not sure where to look? No worries. You don’t need to sit in court or be a lawyer to learn more. Here are tv shows and movies that tell true stories and fictional accounts of individuals who have been wrongfully convicted.

James Richardson was a citrus picker in Florida who was convicted of the deaths of his seven children in 1968 by poisoning them. Time Simply Passes follows his conviction, miraculous release in 1989, and the following twenty-five years as he battles with the state to attain a settlement through landmark legislation. Filmmaker Ty Flowers created the Award-winning film with his father Charles, an investigative journalist from Florida who has spent the majority of his life working on the case. It is now available to stream via Amazon Prime.

Amanda Knox was an American foreign exchange student in Perugia, Italy, who was wrongly convicted, along with her then-boyfriend, of killing her roommate in what prosecutors speculated was a sex act gone wrong. Knox recounts the nightmare of her conviction and how she was vilified in tabloids and media across the world.

Filmmakers Ray Klonsky and Marc Lamy set out to help their friend David McCallum, who was forced to confess to a 1985 murder he didn’t commit as a teenager, prove his innocence. The friendship between Klonsky and McCallum began over a decade ago, when McCallum contacted Klonsky’s father after reading an article he wrote about Rubin “Hurricane” Carter, a former boxer and exoneree who became a strong advocate for the wrongly convicted.

Watch the trailer here and stream the documentary on Netflix.

Southwest of Salem: The Story of the San Antonio Four

Four best friends–Elizabeth Ramirez, Kristie Mayhugh, Cassandra Rivera and Anna Vasquez–also known at the San Antonio Four, were wrongfully convicted of raping Ramirez’s seven- and nine-year-old nieces in 1994. Their convictions were motivated by homophobia and eventually it was revealed that evidence used in court room testimony was erroneous. One of the victims also recanted her testimony, admitting that she had been forced by family members to deliver false testimony.

Watch the trailer and look for a screening near you here.

This widely acclaimed 2015 Netflix documentary series exposes the details around the case of Steven Avery, a man who, despite being exonerated for a crime he did not commit in 2003, found himself behind bars again in 2005 for an unrelated crime. Netflix recently announced that a second season is coming soon and will follow up on the post-conviction process.

Watch the trailer here and stream the first season on Netflix here.

Nick Yarris is the sole subject of this 2015 documentary feature. Nick tells his story starting with his youth to his murder conviction. He explains the 21 years he spent on death row and his exoneration. The film was nominated for Best Documentary Film at the 2015 London Film Festival.

Watch the trailer here and buy it here.

Murder on a Sunday Morning

This documentary, directed by Jean-Xavier de Lestrade, is based on the true story of Brenton Butler, who was 15 years old when he was wrongfully convicted of murder. It won the Academy Award for Best Documentary Film at the 74th Academy Awards in 2002.

Watch the trailer here and buy it on Amazon here.

After Northwestern journalism students uncovered new evidence that exonerated 13 people on Illinois death row, Illinois Governor George Ryan ordered a moratorium on the death penalty. This 2004 documentary follows the process of rehearing all the death row cases in Illinois and the history of the death penalty in America through a critical lens.

Watch the trailer here, rent it on YouTube here, and buy it on Amazon here.

Visit the film website, watch it instantly on Netflix, buy it on Amazon.

Watch instantly at Netflix, buy a DVD or watch now at Amazon.com.

In 1986 Michael Morton’s wife Christine is brutally murdered in front of their only child, and Michael is convicted of the crime. Locked away in Texas prisons for a quarter century, he has years to ponder questions of justice and innocence, truth and fate. Though he is virtually invisible to society, a team of dedicated attorneys spends years fighting for the right to test DNA evidence found at the murder scene. Their discoveries ultimately reveal that the price of a wrongful conviction goes well beyond one man’s loss of freedom.

Buy the DVD or watch on Netflix or iTunes.

In 1989, five black and Latino teenagers were arrested and charged with brutally attacking and raping a white female jogger in Central Park. News media swarmed the case, calling them a “wolfpack.” The five would spend years in prison for a crime they didn’t commit before the truth about what really happened became clear.

Watch instantly on Netflix or iTunes or purchase the DVD or Blue-Ray at Shop PBS.

Scenes of a Crime

Scenes of a Crime explores a nearly 10-hour interrogation that culminates in a disputed confession, and an intense, high-profile child murder trial in New York state.

CBS News’ 60 Minutes reports on the case of Ronald Cotton, who was wrongfully incarcerated for over 10 years for a brutal rape and burglary he did not commit.

Watch Part 2 of the episode and read the 60 Minutes report on the accuracy of eyewitness identification.

This 2010 episode of PBS’ Frontline examines the case of Cameron Todd Willingham, who was executed in Texas in 2004 for allegedly setting a fire that killed his three young daughters 13 years earlier. He always claimed his innocence, and the arson investigation used to convict him was questioned by leading experts before Willingham was executed. Since 2004, further evidence in the case has led to the inescapable conclusion that Willingham did not set the fire for which he was executed.

• “The Child Cases” (2011) – An investigation by NPR, ProPublica and “Frontline” into more than 20 wrongful conviction cases involving faulty forensics in accidental child deaths.

• “The Confessions” (2010) – An award-winning documentary on the case of the “Norfolk Four” – Navy sailors convicted of a murder they didn’t commit after giving false confessions under pressure.

• “Burden of Innocence” (2003) – This look into the lives of five men who served years in prison for crimes they did not commit reveals the social, economic, and psychological challenges that people face post-exoneration.

• “Requiem for Frank Lee Smith” (2002) – An investigation by Ofra Bikel into Frank Lee Smith’s wrongful conviction of the rape and murder of a young girl.

• “What Jennifer Saw” (1997) – An examination of flaws in eyewitness identifications as evidence, through the lens of the case of Ronald Cotton, who served 12 years in North Carolina prison for a crime he didn’t commit.

This SundanceTV drama, starring Aden Young, tells the story of a man who, after spending 19 years on death row, must readjust to his life in Georgia after DNA evidence exonerated him.

The show started in 2013 and three seasons have been released, with a fourth on its way.

Ed Honaker is the subject of an episode of Forensic Files called “Crime Seen” from 1998. Ed was convicted of rape and was sentenced to three life sentences. He was exonerated using DNA evidence. This episode features both Ed Honaker and Barry Scheck, co-founder and co-director of the Innocence Project.
Watch the episode on YouTube here.

Directed by Tony Goldwyn and starring Hilary Swank and Sam Rockwell, Conviction (2010) tells the true story of a woman’s fight to prove her brother’s innocence.

Watch the story behind the film in this three-minute Innocence Project video.

The Trials of Darryl Hunt

Break Thru Films’ 2006 documentary about Darryl Hunt’s decades-long fight for justice after being wrongfully convicted of rape and murder.

Visit the film website, Watch instantly on Netflix, Buy a DVD on Amazon.

Court-TV’s 2005 film version of the award-winning Off-Broadway play features the stories of six people who were exonerated after being sentenced to death. The cast includes Susan Sarandon, Danny Glover and Aidan Quinn.

Watch instantly on Netflix, Buy a DVD on Amazon.

Lifetime Movie Network’s 2010 original movie about Calvin Willis, who was released from Louisiana State Penitentiary after more than 21 years of wrongful incarceration. The film focuses on Willis’ relationship with his longtime advocate, Janet Gregory, a single mom and paralegal, and her critical role in his exoneration.

Visit the film website, Watch instantly on Netflix, Buy a DVD on Amazon.

The story of Rubin “Hurricane” Carter, a boxer wrongly imprisoned for murder, and the people who aided in his fight to prove his innocence.

Watch now or buy a DVD on Amazon.com.

In the Name of the Father
This Oscar-nominated film tells the true story of a Gerry Conlon’s coerced confession to an IRA bombing he didn’t do; and a British lawyer’s fight to free Conlon and his father.

Watch instantly or buy the DVD at Amazon.