Anthony Wright Shines in his Freedom after 25 Years Wrongly Convicted 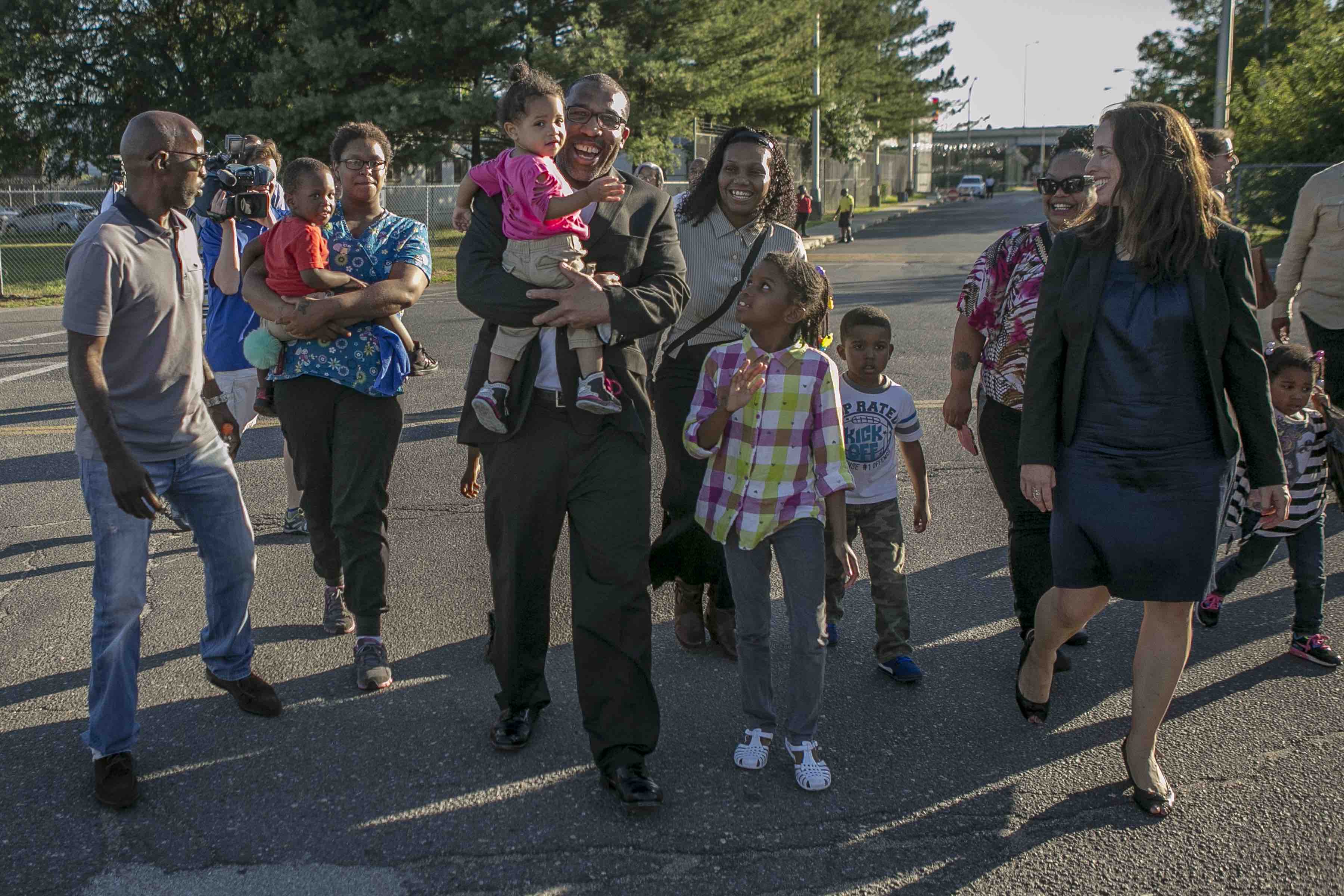 “Today is our day,” Anthony Wright said proudly moments after his release from Philadelphia’s Curran-Fromhold Correctional Facility and just hours after a jury found him not guilty of a 1991 murder.

In 1993, Wright narrowly escaped the death penalty by a 7 to 5 jury vote for fatal crimes against an elderly woman he did not commit. It’s taken 25 years, several DNA tests, a conviction reversal, retrial, and the tireless work of Innocence Project Senior Staff Attorney Nina Morrison, Co-Founder Peter Neufeld, Samuel Silver and Rebecca Lacher of Schnader Harrison Segal & Lewis LLP, and many others to exonerate Wright.

The jury took less that an hour to find Wright innocent after a retrial in which lawyers presented overwhelming scientific evidence demonstrating Wright’s innocence and pointing to the true assailant.

Take a look at moving photos of Wright, his family and legal team after the verdict to his release from Curran-Fromhold Correctional Facility several hours later.

(A supporter of Wright has established a donation site for those wishing to make contributions.) Anthony Wright holding his granddaughter Romera for the first time outside of prison (Kevin Monko/Innocence Project). Anthony Wright enjoying the first moments with his family upon his release (Kevin Monko/Innocence Project). Anthony Wright (with Innocence Project Co-Director to his left) leaves the correctional facility to eat his first meal as a free person (Kevin Monko/Innocence Projecy).