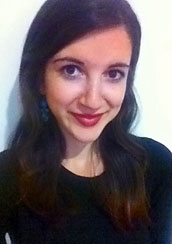 
On September 21, 2011, the world was watching the state of Georgia. Troy Anthony Davis, who had been convicted of killing a Savannah police officer, was scheduled to die at 7 o’clock that evening.

Troy had been on death row for more than 20 years, but mounting evidence suggested that he was, in fact, innocent. Seven of the nine eyewitnesses who had identified Troy as the man who shot and killed Officer Mark MacPhail on a hot Savannah evening in 1989 had recanted, citing police coercion. More than 663,000 people had signed a petition asking the Georgia Board of Pardons and Paroles to grant a stay of execution. The degree of doubt as to Troy’s guilt seemed too high for the state to follow through with the execution, and many felt there was good reason to be cautiously optimistic. That evening, the death chamber in Jackson, Georgia, was surrounded by throngs of supporters who had been gathered all day, waiting on tenterhooks for some small piece of good news. When word spread throughout the crowd that the United States Supreme Court was conducting an 11th hour review of Davis’ appeal, the mood shifted to elation. That optimism was short lived. After deliberating for four hours, the Supreme Court rejected a stay. At 11:08 PM, Troy Davis was executed by lethal injection.


I Am Troy Davis

, a new book on Troy’s life and death, co-authored by Jen Marlowe and Troy’s sister Martina Davis-Correia, is a portrait of a family struggling to survive while caught up in the tangled web of the criminal justice system. The book weaves together the narratives of Troy and his family, juxtaposing the love, determination and humanity showed by the Davis family against the brutal reality of Troy’s 20 years spent on death row. Awakening from a dream in which she finds herself unable to leave Troy behind in the prison visitation room, Martina writes: “I am Martina Correia and I’m on death row because that is where my brother lives.”


I Am Troy Davis

is an indictment of the death penalty process itself. It serves as both a sobering reminder of the risk we as a society run of executing an innocent person as well as a testament to the enormous price paid by the family and friends of death-row prisoners.

A number of factors are at play in the debate over the death penalty: the morality of its use, the costs to taxpayers, and the question of whether it truly has a deterrent effect.

What is not up for debate is this: since 1973, 142 people have been convicted and sentenced to die, only to eventually be found innocent. Armed with the knowledge that we have sentenced innocent people to die in the past, states that continue to utilize capital punishment must adopt and implement reforms that address

of the causes of wrongful convictions. Only after this can we fully assess whether or not the death penalty should continue to exist in this country.

Though Troy did not wish to be a martyr, in the two years since his execution, Maryland and Connecticut got rid of the death penalty —

— and Oregon has enacted a moratorium. According to a 2011 Gallup poll,

in recent years , suggesting that there is growing consensus that the risk of convicting and executing innocent people is unacceptably high. Death is an irreversible punishment, and there should be no doubt — as there was in Troy’s case — when we sanction a state to take someone’s life.


I am Troy Davis