With Conviction Vacated, New Jersey Man Looks toward the Future 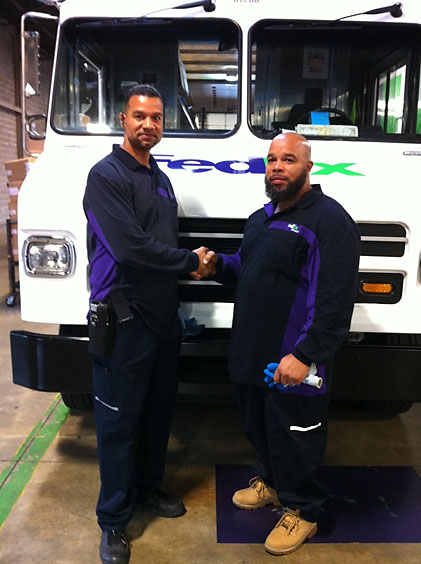 Gerard Richardson (right) at work with his brother, Kevin.


Ten days after a Somerset County Superior Court Judge overturned Gerard Richardson’s 1995 murder conviction, he is with his family and focused on his future.

Deciding to look ahead instead of dwelling on his nearly two-decade struggle for freedom, Richardson sat down with

to talk about his new start.

Richardson, now 48, was forced to leave behind six children when he was convicted. Now grown, with children of their own, Richardson has 10 grandchildren. He visited with some of them after his release.

He also made a trip to see another important person in his life: his mother. Richardson recalled one prison visit with her when she had told him that by the time he finished his sentence, she would be dead. “ ‘I didn’t like hearing that. . . . I had to keep fighting. I wanted my mother to see me walk out of prison, proving that I didn’t do it.’ ”

His mother was in court last Monday to hear her son’s conviction be vacated. And although the prosecution has not dismissed the charges, Richardson has already starting building his new life. He moved in with his brother in Pennsylvania and joined him on the job as a FedEx deliveryman.

The prosecution could decide by December 17 if they will retry the case or dismiss the charges.


More on the case