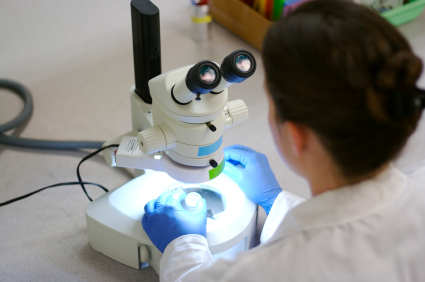 Wisconsin Attorney General J.B. Van Hollen made a promise during his 2006 campaign to make testing of DNA evidence held in crime labs a top priority in order to solve crimes and convict real perpetrators.

Governor Jim Doyle approved Van Hollen’s request to employ more DNA analysts which has helped with the backlog.  When Van Hollen took office three years ago, the backlog was 1,785 cases and the labs were getting twice as many samples than what they could complete each month.  He told the Greenbay Press Gazette that it could have been three times as large without the new employees.

Van Hollen said the crime labs received 500 cases for testing in March but had only 351 cases pending at the end of the month. That shows analysts are working current cases and not those that had been sitting on shelves for weeks or months, he said.

Analysts are being assigned cases within days of their arrival and most are cleared within 60 days, barring any unique circumstances such as an extremely large number of samples, he said.

Dane County District Attorney Brian Blanchard, a Democrat, said the elimination of the backlog has helped investigations progress faster and freed up analysts to testify at trials. In the past, investigations would stall while detectives waited for samples and analysts often were unable to testify, which caused delays, he said.

Van Hollen said the use of robotic technology, the expansion of crime labs in Madison and Milwaukee, and the National Forensic Science Training Center’s work training the new analysts also helped increase productivity.

Testing of crime scene evidence can match DNA to samples taken from suspects or contained in law enforcement databases, solving crimes, linking multiple crimes to the same person and exonerating the innocent. Investigators have become more reliant on the tests to solve crimes and convince jurors, who increasingly demand DNA evidence.

While the state says the backlog has been wiped out, law enforcement discovered last year they failed to collect DNA samples from thousands of offenders dating back to 1993. So far, about a third of the missing samples have been recovered. The lag was first discovered when detectives noticed accused Milwaukee serial killer Water Ellis’ DNA was gone even though he should have submitted a sample while in prison for a previous conviction.