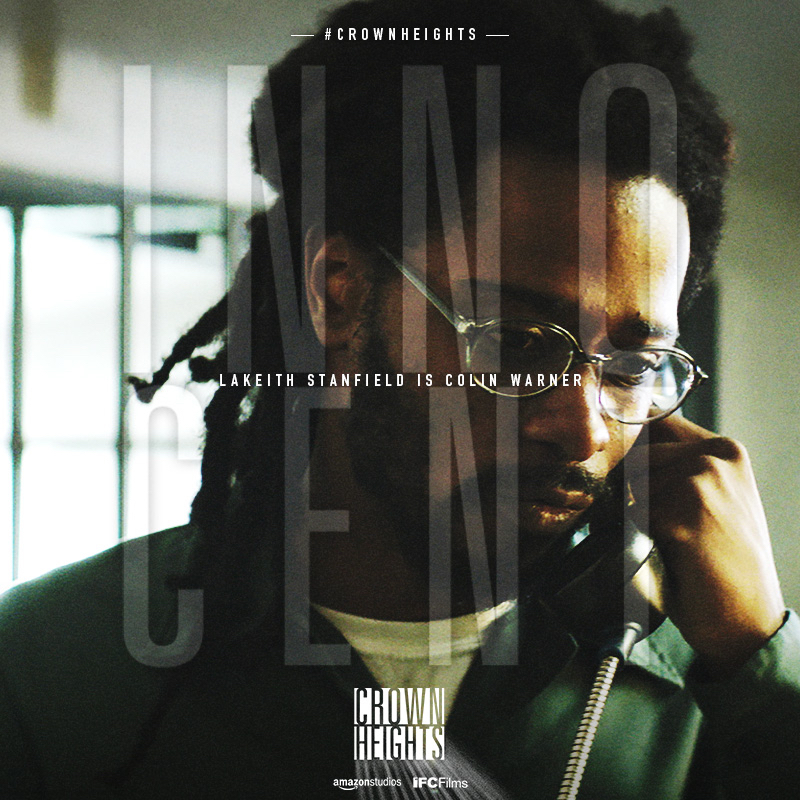 “The film will show you that it didn’t take a law professor or a big-time attorney to turn things around — just people who care,” Carl King said to the audience following a sold-out BAM Rose Cinemas screening of the new biographical award-winning movie Crown Heights.

King, depicted in the film, is the real-life best friend of Colin Warner who was an 18-year-old Trinidadian American who was wrongly convicted in 1982 of murder in the largely West Indian Brooklyn neighborhood. With no law degree or prior legal experience, King became Warner’s lead advocate in the fight to prove his innocence and persevered despite decades of setbacks.

Hailed as a true hero by several people in the theatre, King was joined on the panel by Innocence Project  Speaker’s Bureau speaker Rodney Roberts, Equal Justice Initiative’s Cathleen Price and Brooklyn public defender Deborah Silberman to discuss key themes from the film.

The crowd was largely made up of people affected by the criminal justice system, lawyers, advocates, and survivors who seemed to overwhelmingly relate to Warner’s tragic story from beginning to end. If you haven’t already seen the film, we highly recommend it; King affirmed that the “depiction was on point.”

Related: Book an Innocence Project speaker at your next event

The experts on the panel also resoundingly agreed that the film was accurate in portraying systemic failures of criminal justice. True to King’s advocacy, they believe that it takes more than lawyers to fight injustice and encouraged every person there to vote locally, befriend an incarcerated person and never give up hope when a loved one is wrongly imprisoned.

Take a look at more highlights from the conversation that underlined a variety of issues including the impact of incarceration on family, police misconduct and the complexity of the guilty plea system.

Road to justice is hard fought:

“The work to uncover justice is a slog. We have to work every day to get to the world we want.” – Cathleen Price pic.twitter.com/XCfCtgXRwC

“We like to think as NYC as liberal. New York state has one of the worst discovery laws in entire country.” D. Silberman @BklynDefender pic.twitter.com/E8k3wmcW4C

“People plead guilty because the risk of going to trial is too big … when you have family and so much to lose.” Silberman @BklynDefender pic.twitter.com/L430lw5sFx

“I stood there for five minutes before I could cross the street.” @RodneyRob2014 on culture shock of life after prison #ReelImpact pic.twitter.com/WpRrvyu1E1

Call to action @CrownHeightsMOV: 1) Get to know a person incarcerated 2) vote locally, do the work to know DA candidates. C. Price tips pic.twitter.com/On9SMPUUk1

.@RodneyRob2014 would like to remind all you fighting for freedom: “Don’t fall into hopelessness!” @CrownHeightsMOV pic.twitter.com/mlfkSnW75f