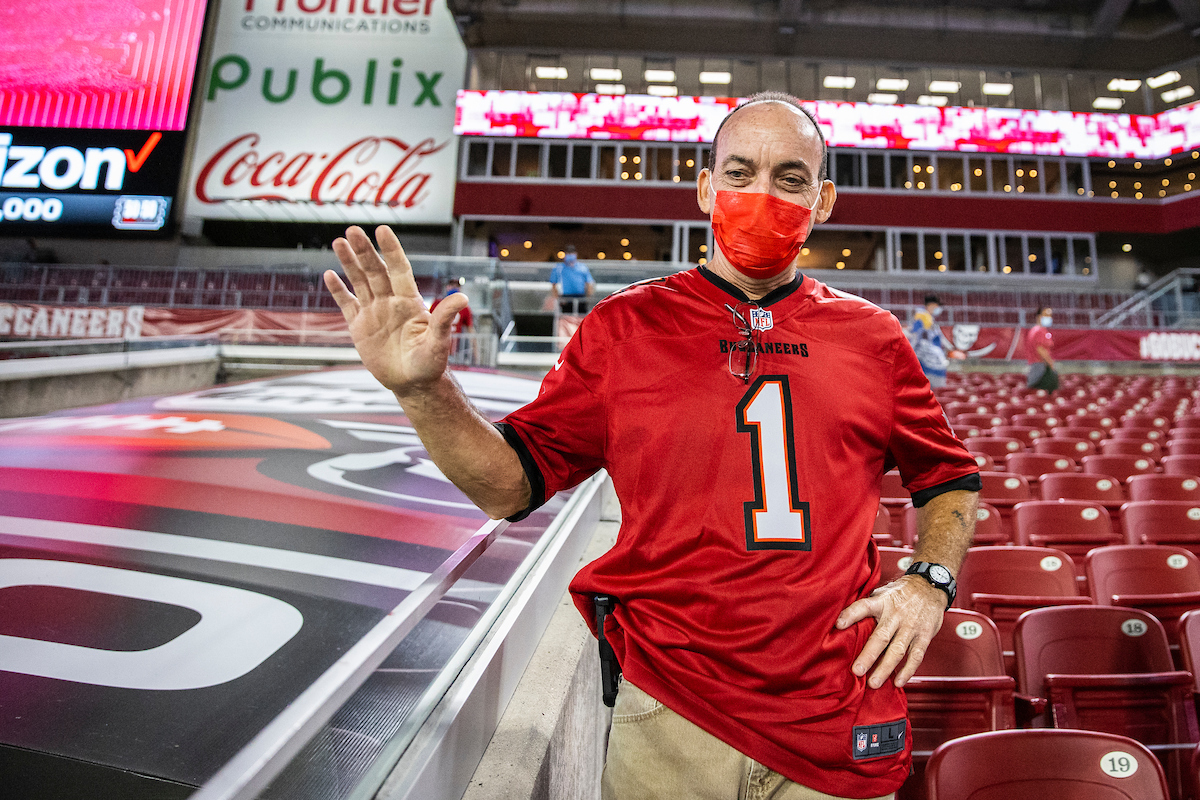 In September 2020, Robert DuBoise walked free after spending almost 37 years in a Florida prison for a 1983 rape and murder he did not commit. He was exonerated after new DNA testing of the crime scene evidence that was thought to have been destroyed excluded him as the assailant. However, under the current state law, Mr. DuBoise is ineligible to receive compensation for the nearly four decades he was stripped of his freedom.

Support Robert with a gift to his personal fundraiser.

After his exoneration, Tampa Bay Buccaneers players read about Mr. DuBoise and were moved and outraged by his story of injustice. When these players, who also serve on the team’s Social Justice Initiative Board, learned that Mr. DuBoise is considered ineligible for compensation under Florida’s incredibly restrictive law, they stepped up to help him rebuild his life. This week, NFL360 released a powerful segment and feature highlighting their efforts to team up in support of Mr. DuBoise and shine a light on the broken compensation system in Florida.

The generosity and commitment of the Buccaneers has uplifted Mr. DuBoise, but there are more wrongfully convicted people like him who have received nothing from the State of Florida. Only five of Florida’s 31 exonerees have received any compensation. This means the majority of exonerated Floridians had nothing to pay for the most basic necessities upon reentry, such as clothes, food, housing and medical services. While Florida is one of the 35 states that do compensate the innocent, the law is deeply flawed. A strict filing deadline for compensation claims and a “clean hands” provision bar many individuals from receiving the reparations to which they should be entitled. Without legislative change in Florida, Mr. DuBoise and dozens of other exonerees may never receive compensation for the injustice they survived.