Wallstreet Journal: Running for Justice After 30 Years Wrongfully Behind Bars 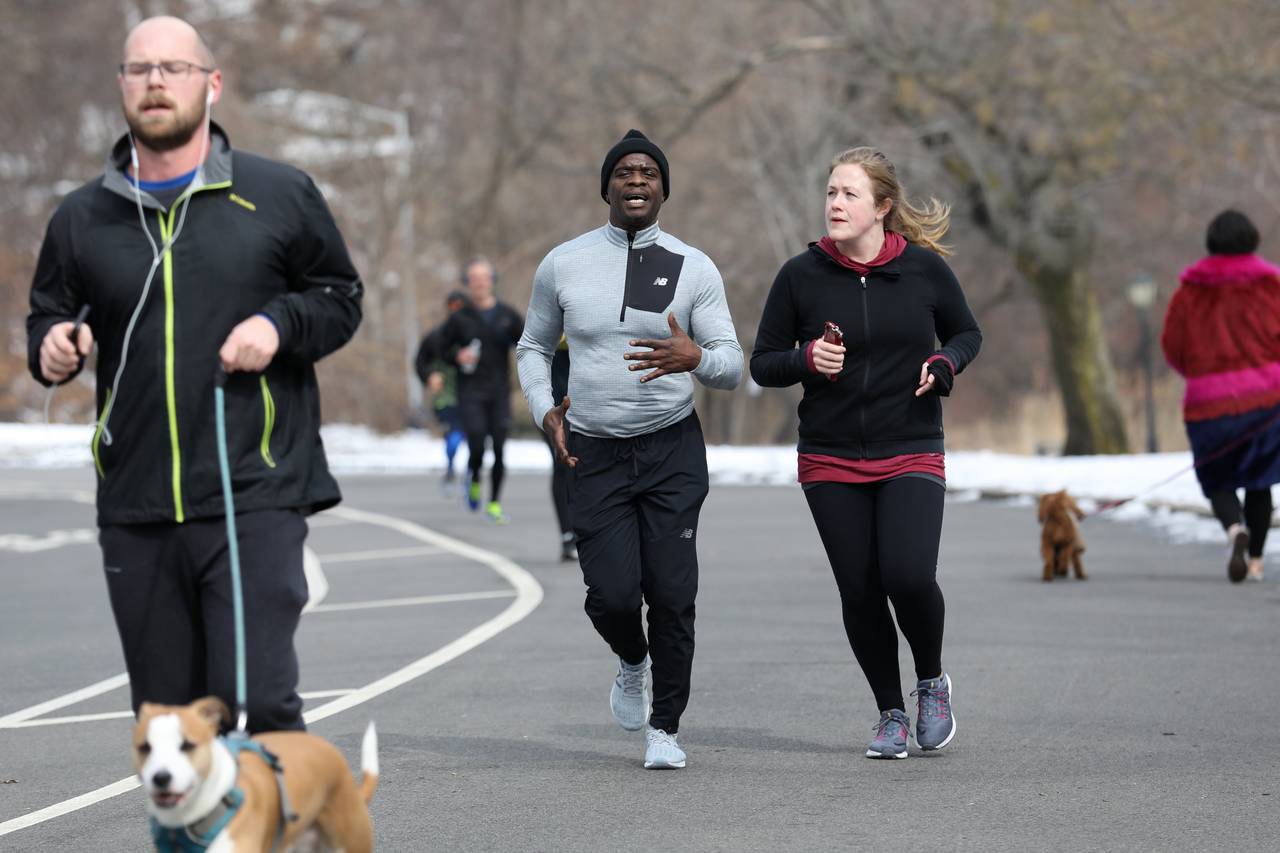 Mark Denny, center, and Sara Doody, who worked on his case while interning at the Innocence Project, finish a two-lap run around Prospect Park. PHOTO: BESS ADLER FOR THE WALL STREET JOURNAL

Wallstreet Journal featured Innocence Project client Mark Denny’s quest to run the New York City Half Marathon over a year after his exoneration. Sara Doody, Cardozo Law School alumn who assisted Senior Staff Attorney Nina Morrison on the case and is now a public defender,  proposed the idea of running the Marathon to Denny and now trains with him several times a week.

Mark Denny didn’t start running to get in shape, fulfill a resolution or blow off stress. He started running to stay sane in prison.

Support: Help Mark reach his fundraising goal for the marathon

Mr. Denny, 48 years old, was wrongly incarcerated for 30 years. His conviction included a rape charge, an offense that made him a target behind bars. While serving time he began running in the prison yard to distance himself from other inmates and clear his mind. A year and a half after his release in 2017, he will celebrate his freedom by running the United Airlines NYC Half Marathon on March 17, his first long-distance race.

“My experience left me with a deep passion for any kind of injustice. Running makes a statement to that effect,” Mr. Denny said.

Mr. Denny grew up in the Flatbush section of Brooklyn. An active child, he rode bikes and learned to skate, box and played hockey in Prospect Park.
In 1988 Mr. Denny was in a car when the driver was pulled over on suspicion of involvement in a recent robbery. This led to a charge Mr. Denny was involved in the robbery of a Brooklyn Burger King and the rape of an employee. At age 17, Mr. Denny was tried and convicted in a state court in Brooklyn.

Mr. Denny served time at Elmira Correctional Facility, a New York state prison. He continued to maintain his innocence, but this came at a cost. Insisting he was falsely convicted often meant explaining the nature of his charges. That led to frequent harassment from other inmates and guards.

“I had to constantly deal with the reality that no one believed me and the result of that was ridicule, physical abuse, all kind of torture,” Mr. Denny said.

He began running to deal with the abuse, doing laps on the track in the yard during recreational periods.
Running is a common exercise among the incarcerated. Some penitentiaries, such as Oregon State and San Quentin have active running groups.

“It gave me the chance to get away from everybody,” he said. “When you run in prison, everybody stays off you.”

In December 2017, a joint re-investigation of the case by the Brooklyn District Attorney’s Office and the Innocence Project determined Mr. Denny was innocent. The DA’s review included confessions by the real assailants that cleared Mr. Denny, as well as problems with the eyewitness identification procedures used by police.

Because he maintained his innocence, Denny served more time than any of the other men who actually admitted to the crime, Ms. Morrison said. Those men took pleas for lesser time or got paroled earlier. “Mark was the last one in prison,” she said.
Mr. Denny became a free man in December 2017. In 2018 to celebrate the anniversary of his exoneration, he had dinner with Ms. Morrison and Sara Doody, who worked on his case while interning at the Innocence Project. During the meal, Ms. Doody proposed that she and Mr. Denny run the half-marathon together. He immediately said yes.

“When Sara asked me, it was really what I was waiting to hear, what I needed,” he said.

Mr. Denny and Ms. Doody run several times a week at the gym, sending each other photos of their treadmills after each session. On March 3, they trained together in Prospect Park, Mr. Denny’s first time running in the park since his teenage years.

Mr. Denny continues to rebuild his life. He lives in the Chelsea neighborhood of Manhattan and works at a hotel. He is learning to cut hair and recently acquired a barber’s license. He wrote several books in prison and continues to write today.

The 13.1-mile run starts in Prospect Park, not far from where Mr. Denny grew up. The half-marathon may not be his last race.