Virginia Exoneree Wishes He Could Vote 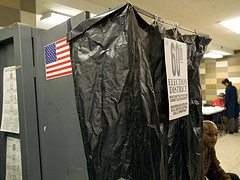 Five months after the Supreme Court of Virginia issued a writ of actual innocence formally clearing Bennett Barbour of a 1978 rape, he was looking forward to voting for the first time next month, reported the

Barbour received his voter card in September but learned last week that he not eligible to vote because of several less-serious felony convictions on his record. Virginia is one of only 11 states where voting rights are not automatically restored to felons who have served their time. Only the governor has the power to restore the right to vote. Barbour, who is suffering from cancer and declining health, fears that he won’t live long enough to be compensated and took comfort in knowing that he would at least be able to vote before he dies.


“I feel terrible about it because I had never voted and that was my right and duty to vote, and now I can’t do it,” he said.

Although the deadline to have Gov. Bob McDonnell restore Barbour’s voting rights in time for the November election has passed, a spokesman for his office encouraged him to submit a restoration of rights application for review.

In the meantime, Barbour receives in-home care for his cancer and considers a good day to be when he can move around on his own instead of with the assistance of his wheelchair. Barbour was convicted of rape in 1978 and spent less than five years in prison. Nearly 30 years after he was paroled, DNA tests proved his innocence and implicated another man.