Virginia Exoneree to Vote After All 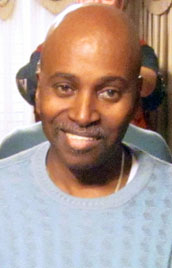 Two weeks after it was reported that Virginia exoneree Bennett Barbour was not eligible to vote in today’s election, efforts by the governor and the Innocence Project at University of Virginia School of Law made it possible for Barbour to vote for the first time.

Barbour, who is suffering from bone cancer, registered to vote in September but learned last month that he was ineligible because of several less-serious felony convictions on his record.

Although the deadline to restore Barbour’s voting rights in time for today’s election had passed, Gov. Bob McDonnell cited the unique circumstances and waived Barbour’s fees to the Virginia Department of Motor Vehicles. However, Barbour was still faced with $1,075.07 in outstanding court costs to Henrico County to regain his voting rights. Over the weekend, his lawyers and student volunteers at the Innocence Project at University of Virginia School of Law raised the money to pay Barbour’s fee. The


Reached by telephone Monday, Barbour said, “I’m excited.” He said he wanted to thank the volunteers who raised the money, the donors, his lawyers, the governor and other officials who made it happen.

He said he is not sure when he and his family will make it to the polls Tuesday — and he also said he still has not decided who he will vote for.

Barbour was convicted of rape in 1978 and spent less than five years in prison. Nearly 30 years after he was paroled, DNA tests proved his innocence and implicated another man.