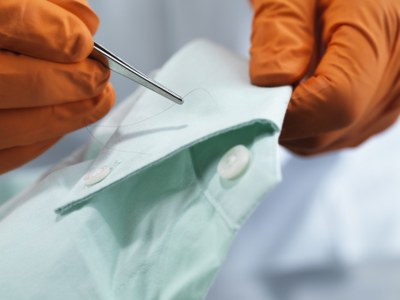 In 1991, Darnell Phillips was 19 years old when he was sentenced to 100 years and a day in prison for raping and brutally beating a 10-year-old girl in Virginia Beach. But Phillips, now 44, has always insisted on his innocence, and his lawyers at the University of Virginia’s Innocence Project believe that he’s right. They say that they have new evidence which proves that Phillips was wrongfully convicted and that another person is guilty of the crime, according to the Daily Progress.

Phillip’s conviction was based largely around a single piece of evidence: a hair found at the crime scene. The state said that the hair belonged to Phillips. At the time of his trial, hair microscopy was still viewed as a reliable way to positively link individuals to crime scenes. But in recent years, hair analysis has been discredited by scientists and lawyers alike. In fact, in 2009, the practice was deemed “highly unreliable” in a National Academy of Sciences report on forensic science, Strengthening Forensic Science in the United States: A Path Forward.

“This is now debunked science,” said Dierdre Enright, director of investigations with the UVA Innocence Project, to the Daily Progress. “You can no longer identify someone by a strand of hair.”

Fortunately, technological advancements in the field of forensics have been made since the time of Phillips’ trial.

Very recently, evidence that was previously thought to have been destroyed in Phillips’ case was recovered. “When I heard that, I thought my legs were going to crumble,” said one of Phillips’ attorneys to the Virginian-Pilot last month. That evidence can now be retested using sophisticated technologies that were simply not available 25 years ago.

“It’s been a long time trying to prove my innocence. I’ve been in since I was a teenager, Phillips said in a statement to his attorneys, reported the Virginian-Pilot. “I’m an innocent man in prison. I have been for 24 years.”

To learn more about this story, click here or here.