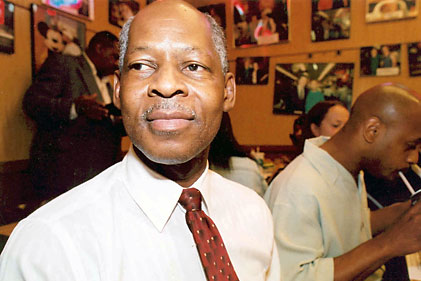 Nearly three decades after her daughter was raped and murdered in Detroit, Carlotta Jackson struggles to come to grips with the false confession that sent the wrong man to prison for her daughter’s murder, reported the


For years, Carlotta Jackson thought she’d been in the embrace of saviors — William Rice and the other Detroit homicide officers who caught her daughter’s killer with a confession, got him sent to prison and gave her some small measure of justice’s comfort.

“I never questioned any of the evidence,” she said. “My faith was in them. I just knew they had the right person.

Eddie Joe Lloyd was convicted of the 1984 crime and spent 17 years behind bars before DNA evidence proved his innocence and led to his release in 2002. Lloyd, who was receiving treatment for mental illness at the time the crimes were reported in the news, wrote to police with suggestions on how to solve various murders, including the murder of Michelle Jackson.

Police officers visited and interrogated him several times in the hospital. During the course of these interrogations, police officers allowed Lloyd to believe that, by confessing and getting arrested, he would help them “smoke out” the real perpetrator. They fed him details that he could not have known, including the location of the body, the type of jeans the victim was wearing, a description of earrings the victim wore, and other details from the crime scene. Lloyd signed a written confession and gave a tape recorded statement as well.

The relief Jackson and her family felt when Lloyd was convicted was quashed when DNA evidence cleared him of the crimes almost two decades later. Her daughter’s murder is still considered an open case. Carlotta Jackson is plagued by the uncertainties that surround her death and wonders if she will ever know the truth.

Lloyd filed a suit against the city and Wayne County in federal court, naming homicide detective William Rice and others who coerced his false confession. Lloyd died while the case was pending, and his estate was awarded $3.25-million in a settlement that dismissed the claims against the officers. Rice currently faces criminal enterprise, fraud, conspiracy and drug charges.