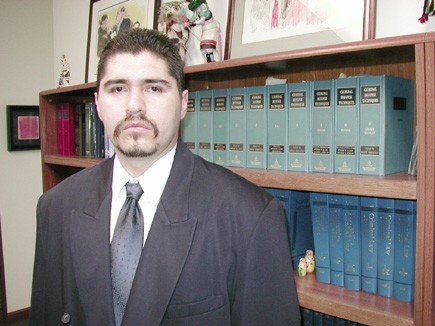 Eight years ago this week,

was exonerated after serving four years in prison — and several more on parole — for a rape he didnâÃ‚Â€Ã‚Â™t commit. Dominguez, a Mexican national who spoke almost no English, was only 16 years old when he was arrested in 1990.

More than two-thirds of the 29 DNA exonerations to date in Illinois involved eyewitness misidentifications. Some misidentifications happen simply because human memory is fallible, others are a result of suggestive or improper police procedures. DominguezâÃ‚Â€Ã‚Â™s case falls into the latter category.

After Dominguez became a suspect, police used a suggestive “show up” identification procedure — in which Dominguez was called into the security office of the apartment building where both he and the victim lived. Unknown to Dominguez, another officer standing outside with the victim told her to “watch the one sitting on the chair. Tell me if that is the one that hit you.”

The victim identified Dominguez, even though he did not have a tattoo or stud earring, as she had initially reported. The victim had also told police that the rapist spoke English, unlike Dominguez. Despite his repeated denials, Dominguez was convicted and sentenced to nine years in prison. After his early release for good behavior in 1994, Dominguez sought, and eventually obtained, access to the DNA tests that would eventually exonerate him. He was officially cleared on April 26, 2002 and pardoned by former governor Rod Blagojevich in 2005.

The misidentification in DominguezâÃ‚Â€Ã‚Â™s case could possibly have been prevented, and the Innocence Project recommends

a set of reforms

to prevent misidentifications caused by flawed procedures. First, blind administration of lineups (where the administering officer doesnâÃ‚Â€Ã‚Â™t know which lineup participant is the suspect) is absolutely critical to prevent suggestion by investigators — intentional or subconscious. The eyewitness should also be given neutral instructions and asked to fill out a confidence statement after the lineup. Finally, the entire lineup should be recorded. These reforms, already enacted by several states and hundreds of jurisdictions, will ensure greater accuracy and prevent wrongful convictions in the future.