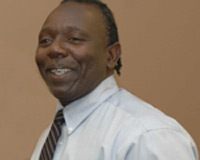 Today is the second anniversary of the day

walked out of a Florida prison a free man for the first time in a quarter-century.

Crotzer was convicted of rape, kidnapping and robbery in Florida in 1981 after being misidentified in photo lineups and tried alongside one of the three actual perpetrators of the crime. He was sentenced to 130 years in prison.

More than 20 years later, Crotzer and his pro bono attorneys obtained access to DNA testing on evidence from the crime scene. The results proved Crotzer’s innocence and he was released from prison – after spending more than 24 years behind bars for a crime he  didn’t commit.

with an exoneree compensation law.

Other exoneree anniversaries this week: