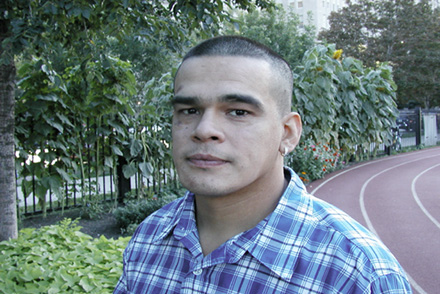 Today marks the 13th anniversary of Rolando Cruz's exoneration in Illinois. In 1985, he another man, Alejandro Hernandez, were wrongfully convicted of the brutal rape and murder of a 10-year-old girl. The men spent 12 years on death row before DNA testing proved their innocence and led to their release.

On February 23, 1983, Jeanine Nicarico disappeared from her Chicago home. The police discovered her body several days after she had gone missing. After months of investigation, Alejandro Hernandez became a suspect, and he directed police to Rolando Cruz in exchange for a reward. The two men incriminated each other in exchange for cash rewards.

Since the police had no physical evidence linking the men to the crime, the case against them was based on the men's alleged statements. Witnesses testified that Cruz and Hernandez seemed to have intimate knowledge of the crime. The most incriminating evidence came from the sheriff's detectives who testified that Cruz had confessed to having "visions" of the murder that closely resembled the details of the crime. Despite no record confirming these visions, it was used as evidence and a jury convicted them.

Cruz’s conviction was overturned on appeal, but he was retried and convicted again. Then, with the help of professors and students at Northwestern University, Cruz was finally able to overturn his conviction and secure DNA testing on sperm cells found near the crime scene. The results proved the men could not have committed the crime, but prosecutors retried Cruz again. On November 3, 1995, Cruz was finally acquitted after his the third trial. Charges against Hernandez were dropped a month later.

If DNA evidence from the crime scene had not been preserved in this case, Cruz and Hernandez may have been executed for a crime neither of them committed.


What’s the evidence preservation law in your state?