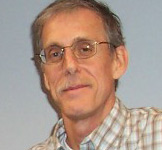 Today  marks the 12th anniversary of

's exoneration in Wisconsin. He served six years in prison before DNA testing – paid for by his mother – proved his innocence and led to his release.

In June 1989 a woman was kidnapped from her home in Bluff Siding, Wisconsin. The perpetrator raped her twice and then left her by the side of her road. The victim initially described the attacker as 5-feet-7-inches tall, but the 6-foot-3-inch Saecker became a suspect after police found him near the victim's home wearing a bloodstained T-shirt. Under questioning from police, Saecker allegedly made incriminating statements. He was convicted of the crime in 1990 and sentenced to 15 years in prison.

Although his mother obtained DNA testing on his behalf in 1993 and the results proved his innocence, his request for a new trial was denied until 1996. Finally, the District Attorney dismissed all charges against him and he was released.

Countless people have been wrongfully convicted in the United States based on false confessions or admissions of guilty.


Other Exoneree Anniversaries this Week: