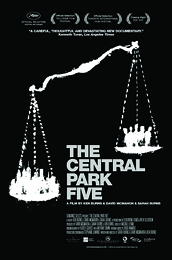 A documentary about five young men of color who were wrongfully convicted in the infamous Central Park jogger case and later exonerated through DNA testing will air on PBS tonight. The documentary, by filmmakers Ken Burns, Sarah Burns and David McMahon, features footage from the defendants’ false confessions as well as interviews with the exonerated men. The film follows a book by Sarah Burns of the same title, published in 2011. Visit PBS

for local listings and more about the film.


Learn more about the cases