Tune-In: The Story with Dick Gordon Features the Exonerated 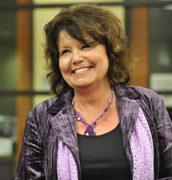 This week, The Story with Dick Gordon on NPR, will feature stories of the exonerated in a special series titled “After Innocence: Exoneration in America.” Airing June 10 through June 13, the series begins today with exoneree

among others. The series also features short video interviews and a photo gallery.