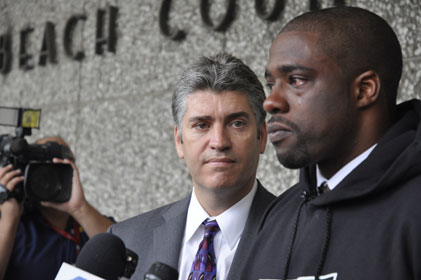 client Brian Banks will appear on CBS’ 60 Minutes to talk about his experience of wrongful conviction and how it derailed his future as an NFL hopeful. Banks spent five years in prison and another five as a registered sex offender after being wrongfully convicted of raping a classmate who eventually admitted that she made up the story.

Banks recorded their conversations and took the evidence to the California Innocence Project. Director Justin Brooks presented prosecutors with the project’s findings, and they agreed the case should be dismissed.

about the Banks case