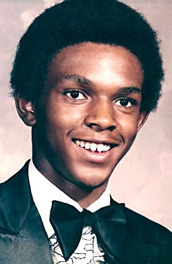 
On Tuesday, December 4 at 10:30 p.m. EST, BET will premiere its new series, “Vindicated,” in consultation with the Innocence Project. The series, hosted by Morris Chestnut, profiles eight people who have been wrongfully convicted and exonerated through DNA and other means.

’s case will be featured in Parts I and II on Tuesday nights for the next two weeks. Cole died in a Texas prison in 1999 while serving a 25-year sentence for a rape he didn’t commit. Nearly a decade later, DNA evidence from the crime posthumously exonerated Cole and implicated another man as the perpetrator.

Other featured exonerees include


Learn more about the series