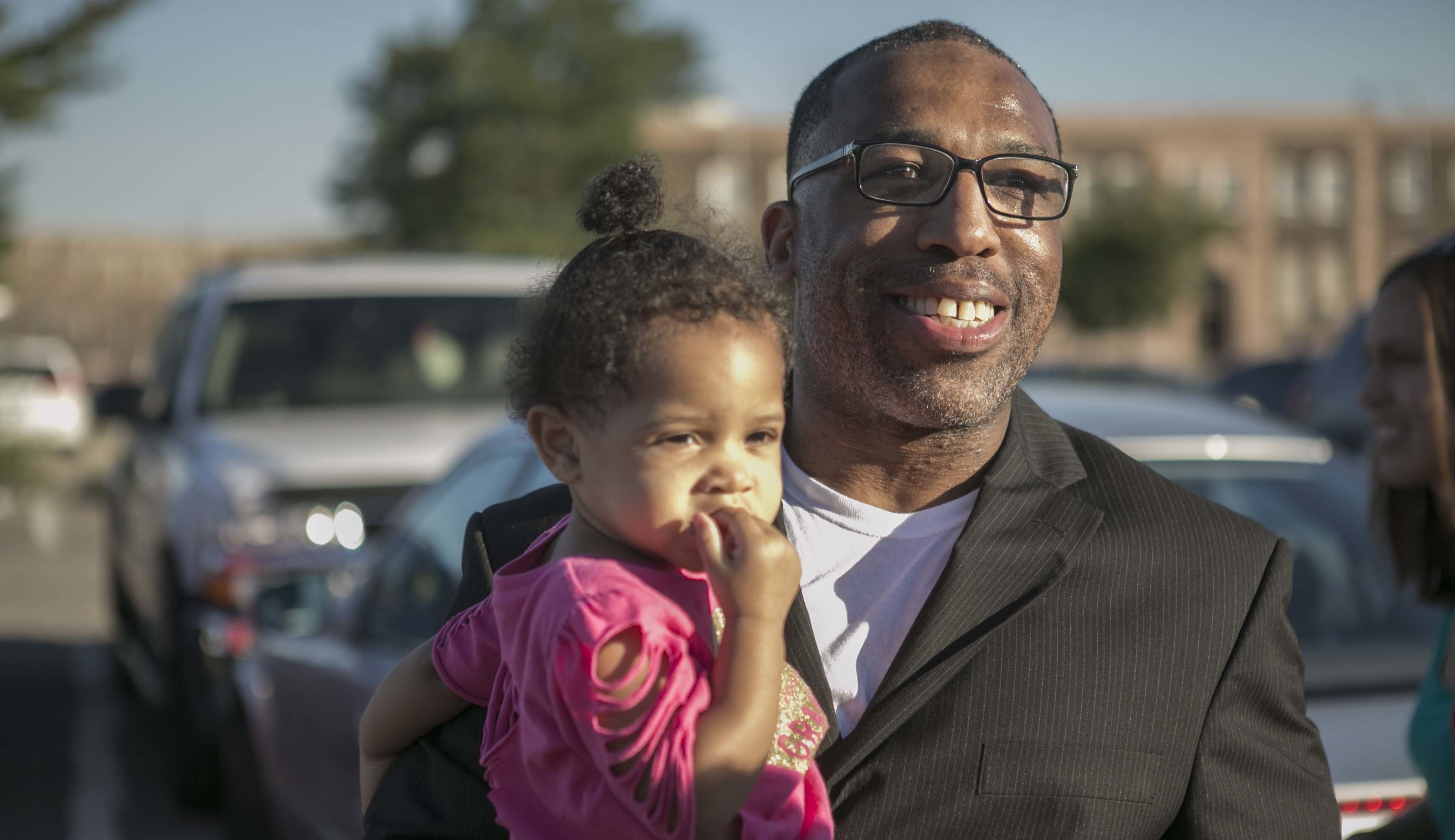 Shortly after his release from prison in August after serving 25 years for a crime he did not commit, Anthony Wright spoke with Nightline’s Dan Harris about his wrongful conviction, his time in prison and his retrial and acquittal this summer.

Wright was only 20 years old when he was convicted of the rape and murder of a 77-year-old Philadelphia woman. To keep himself centered during decades of wrongful incarceration, Wright told Harris he took up yoga and meditation.

“If you’re angry, you’re angry all the time,” Wright told Harris. “It’ll ruin you. I always try to find the good out of every situation. For every person that points the finger at me, it’s two persons that give me the thumbs up. That’s what I focus on… They locked my body, but my mind was always free.”

Nightline followed Wright as he visited the Innocence Project for the first time and took in the New York City scenery. He is shown basking in the afternoon sun and walking barefoot in the grass on the Hudson River Greenway.

“Inside, you couldn’t do this,” he said. “You go take a shower with your boots on. And to be outside with your shoes off, it’s unbelievable, man.”

Harris continued his conversation with Wright on his podcast, “10% Happier,” available on iTunes, Google Play Music and TuneIn.