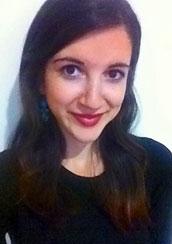 
In June of 2013, Florida Governor Rick Scott signed the “Timely Justice Act” into law. The legislation was initially proposed by death penalty proponents who argued that the process from conviction to execution took far too long, with the average length of stay on Florida’s death row hovering at almost 15 years. Despite the fact that the state holds the dubious distinction of the most death-row exonerations in the country — Florida has released 24 prisoners previously sentenced to death — the new law significantly accelerates the pace of the capital punishment process, requiring the governor to issue an execution warrant within just 30 days of death row inmates exhausting their legal remedies. Once the death warrant is signed, the execution must be carried out within 180 days.

According to the National Coalition to Abolish the Death Penalty, nationally, for every 10 people that have been executed, one person has been exonerated and released from death row (after having spent an average of 10 years in solitary confinement). In Florida, for every three people that have been executed, one has been released from death row. These grim statistics reflect just how broken the institution of capital punishment is, and, if anything, they support a moratorium on the death penalty, not a sped-up version of the same fundamentally flawed system. No one can guarantee that justice will never miscarry, and when an irreversible sentence — death — is handed down, it should not be done so without certainty. But how can we ever be certain when it’s commonplace for new, exculpatory evidence to surface years — sometimes decades — after the crime?

Cameron Todd Willingham was executed by the state of Texas on February 17, 2004. He had been on death row for 13 years for allegedly killing his three young daughters in a house fire. He always maintained his innocence. Prosecutors relied on two pieces of evidence to convict Willingham at his 1992 trial: expert testimony from two fire officials and a jailhouse informant’s assertion that Willingham had confessed to him. Both have since been proven to be false, but it took more than a decade for the truth to surface.

The Texas Forensic Science Commission, formed a year after Willingham was killed, unanimously recognized the problems with the arson investigators’ opinions in the case, and multiple leaders in the field of fire investigation have since concluded that there was absolutely no sign of foul play in the fire. Gerald Hurst, a renowned arson expert, submitted a report days before the execution date stating that Willingham’s conviction was based on erroneous forensic analysis. Despite the fact that state officials received the report, Willingham was executed.

In 2000, Johnny Webb (the jailhouse informant who had implicated Willingham) submitted a written recantation of his testimony to Judge Joe Jackson, who had been the lead prosecutor in Willingham’s case. Inexplicably, the Motion to Recant Testimony was not filed in Willingham’s case file, meaning no one representing Willingham was informed of the recantation.

Although a decade has passed since Willingham’s execution, more new evidence pointing to his innocence continues to surface. At the 1992 trial, both Webb and then-prosecutor Jackson testified that Webb would receive no favorable treatment or sentencing for his implication of Willingham. However, a newly discovered note found in Webb’s case file states that Webb’s charges should be listed as robbery in the second degree, as opposed to the more serious first-degree robbery charge he had originally been convicted of, “based on coop in Willingham.”

The discovery of this note strongly suggests that Jackson deceived the Navarro County District Attorney’s office as well as the Texas Board of Pardons and Paroles about the existence of the deal. In fact, when the district attorney’s office opposed granting Willingham a stay of execution, it was on the basis that any assertions of faulty science were irrelevant given Webb’s testimony implicating Willingham. Had Webb’s deal been public knowledge, Willingham’s life almost certainly would have been spared.

The Timely Justice Act has already passed in Florida. In Missouri, last week, the Senate heard about a similar bill which would limit extensions for appeals and set strict deadlines for the Missouri Supreme Court to schedule executions for people sentenced to death on kidnapping and murder convictions. Exculpatory evidence is continuing to come to light 22 years after the fire that took the lives of Willingham’s daughters, underscoring the fact that each death row case is unique and incredibly complicated. The system must allow ample time for the truth to emerge. As Willingham’s tragic legacy reminds us, you can’t free an executed man.