‘Is the Death Penalty Worth the Risk?’: Three Death Row Exonerees Respond to Study about Pennsylvania Death Penalty 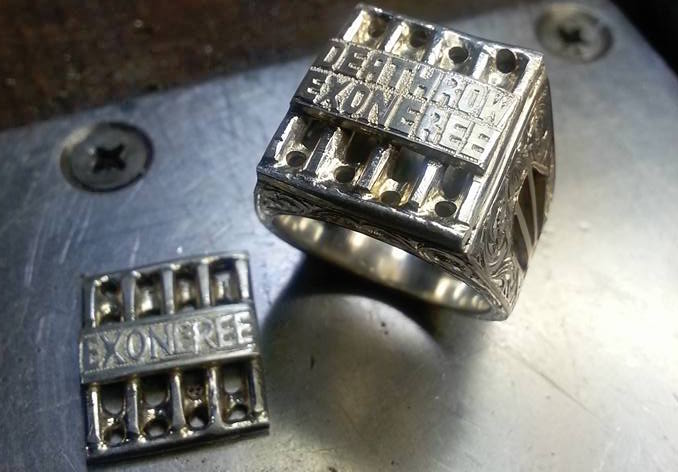 Exonerees Harold Wilson, Kirk Bloodsworth and Ray Krone authored an opinion piece in the Morning Call in response to a recently disseminated report about the death penalty in Pennsylvania. The three men all share the chilling experience of being sentenced to death for crimes they did not commit. They collectively spent 35 years on death row before they were exonerated.

Wilson, Bloodsworth and Krone use their op-ed as a platform to shed light on the astonishing number of innocent people who have been wrongly sentenced to death and later exonerated–a serious matter that, as the men explain, is not as uncommon as some may think. They write:

Unfortunately our stories are not isolated, nor are they rare. There are at least 162 men and women who have been released from death row nationwide due to wrongful convictions, and six of those cases are from Pennsylvania. Our cases suffered from many of the usual causes of wrongful conviction: mistaken eyewitness identification, official misconduct, and false or misleading forensic evidence. We were also fortunate that DNA testing played a role in helping to exonerate all three of us.

The men explain that the report about Pennsylvania’s death penalty, which was authored by the Task Force and Advisory Committee on Capital Punishment, is primarily concerned with the lack of resources allocated to defend individuals on death row. This is particularly troubling, the men argue, since “research has shown that ineffective lawyering is one of the prominent causes of wrongful convictions.” The report suggests the creation of a statewide, state-funded capital defender office to address this issue.

There are at least 162 men and women who have been released from death row nationwide due to wrongful convictions.

The report also recognizes the startling number of wrongfully convicted individuals who have been exonerated from death row:

In 2014, a report published in the Proceedings of the National Academy of Sciences concluded that 4.1% of individuals convicted and sentenced to death in the U.S. were wrongfully convicted during the time period from 1973-2004. The authors note that this is a ‘conservative estimate’ of the proportion of wrongful capital convictions, and that the real proportion may be higher.

This, according to Wilson, Bloodsworth and Krone, “translates to approximately one out of every 24 prisoners currently on death row nationwide.”

“Our system of justice is administered by human beings—judges, prosecutors, defense lawyers, experts, members of law enforcement, and jurors—who make mistakes despite their best efforts and intentions,” write the three exonerees.

With this alarmingly real point about human fallacy in mind, Wilson, Bloodsworth and Krone implore readers to ask themselves: “Is the death penalty worth the risk?”

Through voicing their collective opinion about the Pennsylvania death penalty and sharing their personal experiences as death row exonerees, Wilson, Bloodsworth and Krone invite readers to think deeply about the inevitable fate for many innocent individuals on death row. For this reason, they believe in the abolition of capital punishment–in Pennsylvania and beyond.

As one of our fellow exonerees always says, “You can release an innocent man from prison, but you can’t release him from the grave.”

They conclude: “As one of our fellow exonerees always says, ‘You can release an innocent man from prison, but you can’t release him from the grave.’”