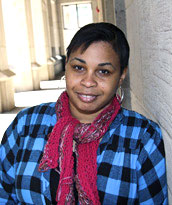 Three people who were convicted of separate murder charges after falsely confessing to crimes they did not commit in Cook County were granted certificates of innocence last Thursday in back-to-back hearings. The

reported that the declarations from Criminal Courts Judge Paul Biebel for Daniel Taylor, Deon Patrick and Nicole Harris will pave the way for compensation from the state.

Taylor and Patrick were convicted of a 1992 double murder and spent nearly two decades behind bars. Harris was convicted of the 2005 death of her four-year-old son and spent nearly eight years in prison. All three convictions relied solely on false confessions that were coerced from law enforcement in lengthy and arduous interrogations.

All three exonerations underscore the problem of wrongful convictions in the Chicago area as well as the need to safeguard interrogations by recording them. According to Northwestern University’s

, Cook County has seen 72 wrongful convictions in the last 25 years.

Harris was released from prison nearly a year ago when her conviction was overturned. Taylor was released last June, and Patrick was freed earlier this month. Harris stands to receive about $170,000 from the state while Taylor and Patrick are each looking at $200,000 in compensation.