The Truth About Forensic Science 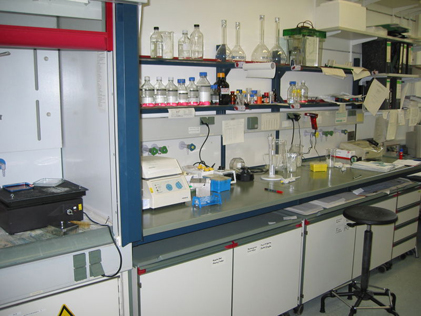 According to television crime dramas like CSI, forensic science is often the single tool capable of solving crime. A two-part feature by

, the daily news service of the Pew Center on the States, debunks that notion and reveals the truth about crime scene investigators and crime labs.

In real life, crime scenes don’t always yield compelling forensic evidence and analysts don’t always catch everything. Juries, however, have come to expect that they do.

This may seem like a minor problem. It is not minor. “They see a lot of this stuff on TV in the last 10 years, all these ‘CSI’ shows, and they think we can pull a rabbit out of our hat,” said FBI Special Agent Doug Seccombe at a recent panel discussion. “And it’s not like that.”

In reality, as opposed to TV, crime scene investigators and crime labs are overworked and under-funded. This has led to backlogs of untested evidence, created problems with preserving evidence once it’s collected, and in the latest high-profile crime lab scandal, led a Massachusetts chemist to falsify thousands of lab samples.

Yet recent headlines illustrate some of the challenges associated with forensic evidence. Massachusetts authorities say lab chemist Annie Dookhan may have tainted evidence in 34,000 criminal cases over the nine years she worked there. Dookham admitted to police that she identified evidence samples by sight instead of performing the required tests, forged analysts’ signatures on lab reports and communicated directly with assistant district attorneys. There have already been at least 20 people released from jail because the drug evidence in their case was handled by Dookhan, according to

. The state lab has since been closed.
The problems with forensic science were thoroughly outlined in 2009 by the

in which the nation’s leading scientists called for national oversight, more research, and higher scientific standards to ensure reliability in solving crimes.
Some states are beginning to take note. Texas, which had its own share of crime lab scandals, created the Texas Forensic Science Commission (TFSC) in 2004 to investigate any and all claims of misconduct in the state’s labs. The Commission has evaluated more than 40 cases, including the wrongful execution of

, and has recommended changes to the state’s crime labs. The Chief Counsel of the TFSC argues that this makes the state better equipped to handle another crime lab scandal, even on the magnitude of the current Massachusetts scandal.

“If we got (a situation) in the door that had 30,000 cases, it would be hard, but we could handle it because that’s what we do,” says Lynn Robitaille, chief counsel for the Texas Forensic Science Commission. “One thing that you learn is how to prioritize cases and how to conduct a retesting program that makes sense and has the greatest possible impact without bankrupting the entire system. If you’re doing it for the first time with a crisis of that magnitude (like Massachusetts), it’s going to be very, very difficult.”

: D.C. Crime Lab: An Experiment in Forensic Science
More about