The Trial of David Lee Wiggins 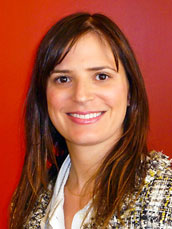 
Last week, 24 years after a misidentification led to his wrongful conviction for rape, David Wiggins was

declared innocent by a Texas judge and freed from prison

. As Laura Smalarz explained in “

The Misidentification of David Lee Wiggins

,” this wrongful conviction may have resulted from police use of faulty lineup procedures that undermined the reliability and accuracy of the identification. But problems with the lineup procedures tell only half the story: the identification evidence in the Wiggins case made its way through the criminal justice system into the trial courtroom to be heard by a jury. In other words, none of the legal safeguards that are supposed to protect against the admission of unreliable identification evidence succeeded in filtering out evidence in the Wiggins case.

The general failure of legal safeguards to keep bad evidence out of courtrooms is more the rule than the exception. An analysis of trial records from the first 250 DNA exonerations reveals weaknesses in eyewitness evidence, such as suggestibility of the procedure, in a full

. In all of these cases, the identification evidence was nevertheless admitted and the defendant wrongly convicted.

Wiggins’ conviction highlights another common problem: cross examination and other legal tactics fail to uncover the unreliability of an eyewitness’ identification. The vast majority of eyewitnesses are not telling lies that can be revealed by skillful lawyering. They are generally convinced of the truth of their testimony. Judges and jurors can rarely differentiate between accurate and inaccurate eyewitness testimony, particularly after the witness has been subjected to suggestive procedures.

Finally, juries respond powerfully to eyewitness certainty, erroneously equating certainty with accuracy. Scientific research proves this, and trial lawyers know it to be true. That’s why the Innocence Project urges that courts make special tools – such as expert testimony and enhanced jury instructions – available in eyewitness identification cases. Courts across the country—most recently the Connecticut Supreme Court—are beginning to expand the availability of expert testimony for defendants in these cases and to consider whether traditional jury instructions should be replaced with comprehensive, science-based jury instructions.

David Lee Wiggins’ exoneration was a wonderful, powerful moment for all of us here at the Innocence Project, but his 24 years of wrongful incarceration also served as a reminder of the high stakes involved in eyewitness identification reform. The criminal justice system failed Wiggins at every turn—when a suggestive identification procedure led to his arrest, and later, when faulty eyewitness evidence made its way to the courtroom.