The Tipping Point for Interrogation 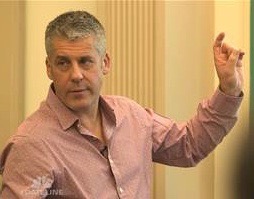 
Dr Andy Griffiths is an expert on police interviews and interrogations, and has 30 years experience as a police officer in the United Kingdom. He has lectured extensively around the world and recently participated in an NBC Dateline documentary called The Interrogation.

I first blogged for the Innocence project in 2012 when I was teaching at John Jay College in New York. The Central Park Five documentary had just been released, but it still felt like the problem of false confessions was not widely acknowledged in the United States. I wrote about how the United Kingdom had experienced similar problems, and how it had changed both the law and police training to prevent further miscarriages. Now, four years later and having just completed another lecturing assignment in the United States, I wanted to reflect on recent events and the current situation with regard to interrogation, and whether things have changed.


The first “event” to consider is the increased level of interest from the public in the whole issue of confession—and of police interrogation tactics in particular— as seen by the reaction to recent television programs and film productions. The


series, for example, has received unprecedented attention worldwide (including from everyone waiting for a haircut at my barber’s in a small town in the United Kingdom, where it’s the main subject of conversation!). NBC received a great response on their Twitter and Facebook pages to their program,


focusing on the false confession of Robert Davis in Virginia. And the excellent film


featuring the story of David McCallum from Brooklyn, has also been very well received.


The reaction appears stronger than to the


documentary in 2012. Then, I think, the majority of people saw the case as an exception and an unfortunate result of high crime levels and pressure on the police to solve cases. Now, there appears to be a growing acknowledgement that coercive interrogation and flawed investigations could have resulted in unsafe convictions on hundreds of cases.


The second issue is the year‐on‐year increase in exonerations in the United States. The National Registry of Exonerations recently reported that 2015 had a record number of exonerations—149 people. This figure is double of what we saw just five years ago, with 74 people exonerated in 2010. One of the reasons for this rise is, of course, the continued effort of campaigners in relation to individual cases. But, clearly, there seems to be an exponential effect of the growing number of exoneration cases persuading decision makers within the criminal justice system that there is a significant problem; although each and every exoneration is a depressing story of human suffering, it is encouraging to see an increasing number of miscarriages rectified.


Thirdly, through meeting American police officers I know that they want to convict the right people. Some are still unsure about the use of electronically recording interrogations, but this is not through wanting to conceal unprofessional conduct; rather, it’s a nervousness of being on camera. This was once also the case in the United Kingdom; I believe that this fear will disappear with time.


However, the situation is fragile.


Firstly, it is significant to note that Robert Davis and David McCallum were released only after new public officials were elected; respectively, a new governor and a new district attorney. In both cases, the people previously in those positions had turned down the appeals, based on the


This demonstrates, sadly, how fickle justice can be.


Secondly, there is still no legislation mandating the recording of all interrogations. True, increasing numbers of law enforcement agencies do record some interrogations, but it is not mandated or consistent in practice. Compare this situation with the use of Body Worn Video, with which agencies are rushing to equip officers. For example, in August 2015, the Los Angeles Police Department announced the rollout of 7,000 bodycams to its officers, quoting increased transparency as a reason. If I understand that correctly, this means that more encounters with law‐abiding members of the public will be filmed than with suspects in criminal cases. That is illogical.


So, my reflections lead me to conclude that while the changing attitudes of the police officers along with a growing number of exonerations and increased public awareness are all positive signs that the American criminal justice system is moving toward more reliable interrogation practices, the absence of significant new legislation and inconsistent nature of appeal decisions state‐by‐state means that lasting change has not yet arrived. We must work to continue to make that change happen.